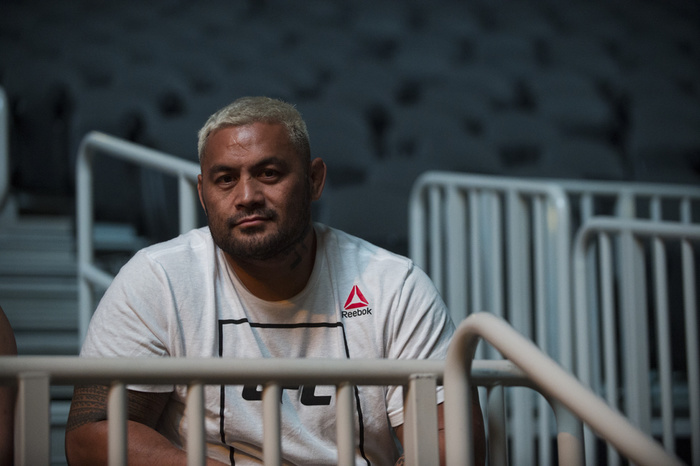 The ongoing struggle to unionize mixed martial artists took what appears to be a giant leap forward yesterday with the establishment of the Professional Fighters Association, a group whose goal is to “represent the collective interests of the fighters employed by the Ultimate Fighting Championship,” according to the group’s first press release, sent out yesterday. The announcement makes the PFA the latest in a series of entities (some more legitimate than others) and passionate semi-serious movements in favor of a fighter’s union, from the Mixed Martial Arts Fighters Association, started by former fighters like Jon Fitch and Nate Quarry last year, to disgruntled UFC heavyweight Mark Hunt’s chatter about heading up an organization after his loss at UFC 200 last month to a chemically enhanced Brock Lesnar.

So far the push for a fighter’s union hasn’t gotten very far, running up against a series of obstacles, from the antagonism of the UFC, the sport’s largest league, to the status of fighters as independent contractors rather than employees, making any push for collective bargaining extremely difficult. There’s no word yet as to how the PFA plans on addressing these issues (our emails to the group were not returned), but according to a union lawyer I know the PFA does have options for getting the status of UFC fighters changed. 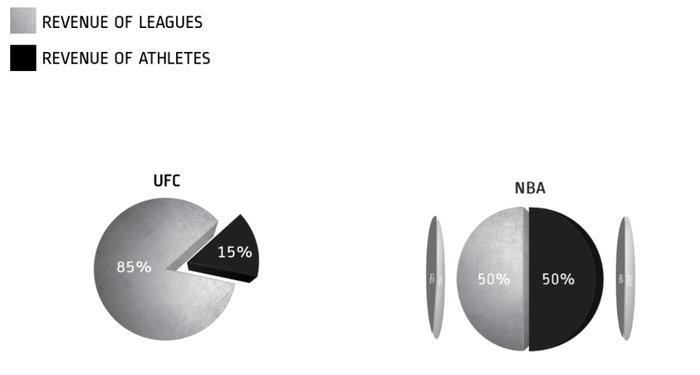 They could convince the UFC to change that status voluntarily, which seems unlikely given the league’s history of anti-union rhetoric. But who knows, now that the league has been sold by Zuffa, which was run by the notoriously anti-union Fertitta brothers, to WME | IMG, perhaps the new owners, looking around at the NFL and the NBA and the other unionized professional sports leagues with jealous eyes, might see unionization as a step toward legitimacy and Big Four status. If that doesn’t happen, though, the PFA could ask the National Labor Relations Board to reclassify the UFC as an employer, which the board would do if it determined that the league sufficiently controls the terms of employment for fighters. The union would then have to file an election petition with the board, and a simple majority vote among fighters would make the PFA their union and give them collective bargaining rights. If none of that works, the association could also try and get legislation passed deeming the UFC an employer. Which may all sound daunting, but more than any other organization that has thus far tried to unionize fighters, the PFA is flush with labor and legal experience.

The PFA is led by sports agent Jeff Boris, who represented Barry Bonds and Jose Canseco; Callie Mendenhall, an administrator for the NBA Referees Union; Andrew Zimbalist, an economist and public radio personality; and, most importantly, attorney Lucas Zimbalist, who, as the man who helped get Nick Diaz’s absurd five-year ban for a positive marijuana test reduced to 18 months, a period that ended just last week, is a true hero, both for MMA fans and the working man. Just think: Without Zimbalist we may have had no Nick Diaz in our lives for five years, maybe even for good. For that reason alone the man deserves our attention, and a plaque, and a street named after him in Stockton.

Arguing that the “MMA business is a billion dollar industry where all fighters, even the ones at the top, receive only a fraction of what they deserve,” the PFA Web site points out that the revenue split between the UFC and its athletes is grossly inequitable, especially when compared with the revenue split in the four major sports leagues—the National Basketball Association, the National Football League, Major League Baseball, and the National Hockey League—all of which have players’ unions. According to the PFA’s number, players in the NBA, for example, split revenue with the league 50/50. The UFC, meanwhile, takes 85% of the pie, leaving just 15% for the fighters.

It must be noted that as a private company, the UFC is not required to share its financials. Still, the PFA writes, “The scales have been tipped in favor of the UFC for too long. It’s time for the fighters—the one’s responsible for the UFC’s success—to receive their equal share.”

In addition to collective bargaining rights, the group is pushing for a whole slew of new benefits for fighters, including pensions, minimum guarantees, disability benefits, and a share in licensing, merchandising, and media revenue.

Whether the PFA is able to muster support, both before elections and after, from a majority of UFC fighters—a notoriously stubborn and individualistic crew not generally given to sitting through meetings or taking collective action—remains to be seen, but the group does have the backing of the players associations of all four major American sports. And also soccer. So who knows: With the UFC changing hands and the movement to turn MMA into one of the biggest sports in the world going full steam, the time may finally have come.

Bill to Expand the Muhammad Ali Act to Include MMA Is Now in the U.S. Congress