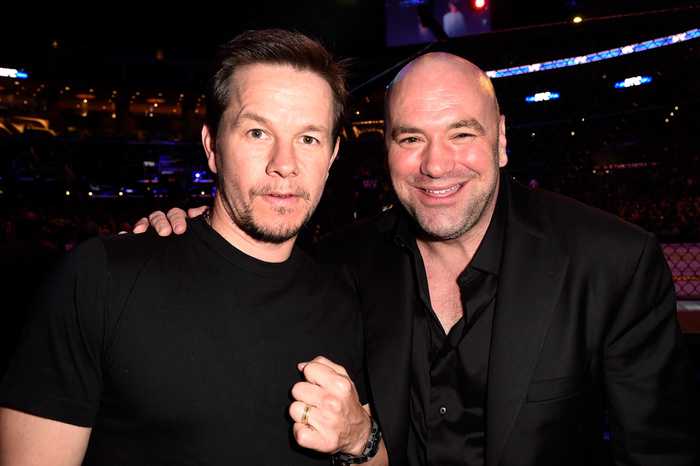 I guess we should have known when the UFC was purchased by a Hollywood talent agency that the days of the quiet little upstart sports promotion with the quirky ultra-violent reputation toiling away in relative obscurity, even infamy, weren’t long for this world. No, the moment WME-IMG, the mega-agency that represents movie stars like Dwayne “The Rock” Johnson and Charlize Theron and countless others, bought the UFC from Zuffa for $4 billion in July, the countdown to the end of one era in MMA and the beginning of the next was officially on. Though none of us could have predicted just how fast that end and that beginning would come.

Well, fellow longtime MMA fans, who can remember when the UFC was over the moon at the thought of a relationship with Spike TV: welcome to the brave new world. Today the Wall Street Journal announced that 23 A-list celebrities from the world of movies, television, music, and sports have become investors in the UFC. According to the story, these celebrities, the majority of whom are represented by WME-IMG, will bring not only their money but their promotional muscle to bear on the UFC, bringing our beloved sport firmly into the mainstream firmament to take its place alongside the NFL, the NBA, and Major League Baseball in the American imagination.

The list includes Ben Affleck, Adam Levine, Serena and Venus Williams, Jimmy Kimmel, Tyler Perry, Tom Brady, Mark Wahlberg, Cam Newton, LL Cool J, Maria Sharapova (someone needs to write about the mysterious relationship between MMA and women’s tennis), and Sylvester Stallone. The announcement of all that new celebrity muscle dovetails perfectly with the November arrival of the UFC at Madison Square Garden, long the much-desired-but-legislatively-elusive feather in MMA’s cap. With New York now in the bag and a team of celebrity investors/endorsers in their corner, the UFC has officially become something entirely new and different than what it was, something not even the most optimistic among us could have seen coming 10 years ago. When both Batman and Madea are singing your praises and paying your bills you can officially stop considering yourself a fringe sport.

To celebrate the news, investor and longtime talk show host Conan O’Brien announced his own involvement on his show yesterday. The move was only natural, as O’Brien has been a cheerleader for the UFC for years, inviting fighters like Conor McGregor and Ronda Rousey to his couch when their fame was still only microscopic on the Hollywood scale.

According to the WSJ article the relationship between the fighting world and the entertainment world will work both ways. In addition to more movie and music stars showing their faces at UFC events and advertising their movies on pay-per-view broadcasts, more fighters will be crossing over into other forms of entertainment, like Ronda Rousey, who has been paving the way for fellow fighters to move into the movies with her roles in Entourage and The Expendables 3. Which sounds both great and scary. I have no doubt Conor McGregor would make a hell of a leading man in the movies, or that Miesha Tate could be true femme fatale with a few acting classes. But all it would take is one UFC fighter giving voice to his lifelong dream of being a hip-hop MC or a stand-up comedian and this whole experiment in the mainstreaming of mixed martial arts could explode in all of our faces, sending our sport back into the shadows of shame and infamy. As for now, though, let no one doubt how serious WME-IMG is about taking mixed martial arts into the mainstream where it belongs.