New York Legislators Scrambling to Sanction MMA by Next Week 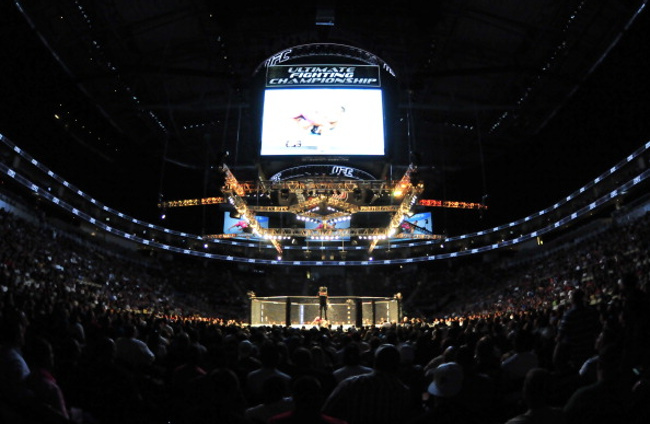 The clock is once again ticking for MMA in New York, and the man behind the bill that would once and for all sanction the sport in the state (making it the 50th and last to the ball) is busy adding to and amending it in the hopes of swaying enough votes to his cause before the State Legislature shuts down next Wednesday for another six months.

Earlier this week Assembly Majority Leader Joseph Morelle (D-Rochester) released a revised version of his pro-MMA House Bill 2604. As we reported a few weeks ago, the original version of the bill actually has enough votes to pass the full Assembly (and a version of the bill has passed for five years running in the Republican-controlled Senate), but Albany tradition has it that the Democrats will not bring any bill to the full Assembly without being assured that it will pass with just Democratic votes. In other words, the pro-MMA bill would pass through the Assembly and Senate in a walk today if given the chance.

But tradition is tradition, I guess, so Morelle’s revised bill is full of changes designed to both assuage the doubts of skeptical-but-swayable members of the Democratic caucus and, according to a spokesman from Mr. Morelle’s office, improve the “long-term safety and financial security of fighters.”

“We sat down with the members of the caucus who have been reluctant to sign on to the bill and the majority of their concerns had to do with fighter safety,” Morelle spokesman Sean Hart told Fightland. “We think the new version of the bill addresses those issues.”

Most of the changes fall into one of two broad categories: the enhancement of fighter safety and the expansion of the jurisdiction of the New York State Athletic Commission.

On the safety front, the bill raises the accident insurance coverage promoters would be required to purchase for fighters from $7000 to $50,000, an increase of nearly 700%. The bill also includes a million-dollar accident insurance policy requirement to cover medical costs associated with life-threatening brain injuries sustained in a match. Fighters—boxers, mixed martial artists, jiu-jitsu players—could increase the coverage limits on this policy by making their own contributions to the premiums.

In addition, the revised bill requires the Department of State to work with the Department Health, the Department of Financial Services, the State Insurance Fund, and other government entities on a funding mechanism to deal with fighters who develop degenerative brain diseases as a result of brain injuries sustained in the ring. That amendment, Hart said, is a “one-of-a-kind protection … designed to ensure the long-term health of fighters.”

Hart said these short- and long-term measures address one of the most common concerns of state legislators — that MMA is dangerous and doesn’t do enough to deal with the repercussions of that danger. But he said acknowledging that danger is a much more reasonable course of action than pretending it doesn’t exist simply because MMA isn’t sanctioned in the state. “The fact is, MMA is already here in New York, but we’re not looking out for the safety of fighters.” he said. “This bill addresses the reality of the situation.”

The other big changes to the bill concern the expansion of the State Athletic Commission’s mandate to regulate what Morelle calls a more “all-encompassing definition of ‘combative sport’”—including boxing, MMA, grappling, and all other fighting styles, including, strangely enough, professional wrestling. The amendment will grant the commission power to provide direct oversight of events and to authorize outside sanctioning bodies, like USA Boxing, to oversee some amateur events.

The flip side of that coin, of course, is that all combat sports events not under the oversight of the commission or a commission-approved sanctioning body would be prohibited. Which means the days of the outlaw fight clubs, like the Underground Combat League (which has brought this reporter so much illicit joy over the years), would be no more.

“Establishing one combat commission would apply a set of standards that everyone with have to comply with,” said Hart.

The real question for me, especially after reporting on the Connecticut MMA law—which was rendered pretty much toothless by a provision requiring promoters to pay for fighters’ injuries in perpetuity—is if Morelle’s revised bill, with its greatly enhanced insurance requirements, will prevent smaller promotions (or even bigger ones) from putting on shows in the state, reducing the New York law to little more than a piece of paper. Reporter Jim Genia, who knows more about New York MMA than anyone, believes that the insurance requirements could prove cost-prohibitive, just like they have in Connecticut. “Sure, the UFC and Bellator will be able to afford it,” Genia writes, “but it’s going to be tough for the Ring of Combats and Cage Fury Fighting Championships of the world to take on that risk.”

Hart doesn’t think that will be a problem. “We haven’t heard from any organizing bodies saying they’re concerned with these amendments,” he said. “The UFC said Tuesday that they support the new version of the bill, and they’re obviously one of the sport’s biggest economic drivers.” In fact, the UFC, sensing a change in the wind and optimistic it will turn into something concrete, has booked a date at Madison Square Garden in December.

In the meantime, we wait. Just like we’ve waited since 2010, when a pro-MMA bill first passed in the State Senate. Just like we’ve waited since 1997, when the sport was banned from the state. We New York MMA fans have learned patience. And we’ll know within a week whether the UFC’s MSG plan is our long-pined-for date with destiny or just another sad footnote to an already long and depressing story.

Turns Out MMA Is Actually Only Kind of Legal in Connecticut