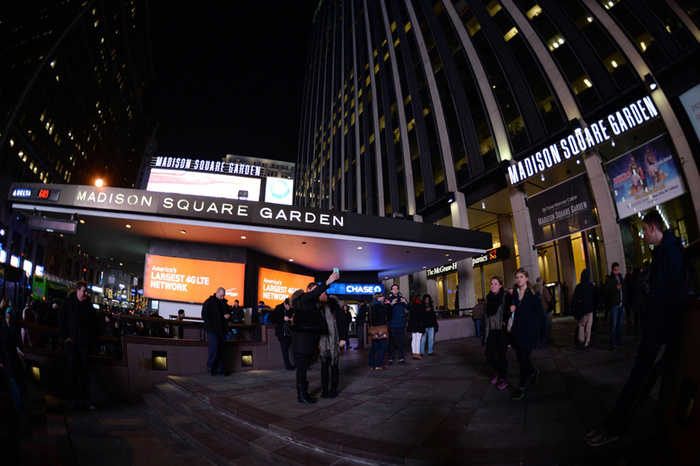 Last week we reported the rather earth-shaking news that New York Governor Andrew Cuomo had included the legalization of mixed martial arts in his proposed 2016 budget. Still, we advised caution. Those of us who’ve been waiting nearly 20 years for New York to give up the ghost on MMA have been fooled and led astray and bamboozled and lied to and promised things too many times not to be skeptical of assurances coming out of Albany. Yes, Cuomo’s support signaled a huge shift in the debate, but the halls of power in state legislatures are really labyrinths, and the game of politics is convoluted and full of feints and plays for leverage and backroom dealings, so who were we to say with any confidence what Cuomo’s move really meant?

Well, today we’re happy to report that for at least one high-ranking member of the Democratic Assembly caucus, the governor’s declaration of support last week is almost definitely the nail in coffin of the anti-MMA movement in New York. According to a staffer for this assembly-person (who agreed to speak to Fightland on the condition of anonymity), his office would be “shocked” if MMA didn’t pass as part of the budget this year.

“If somehow MMA gets negotiated out of the budget,” the staffer said, “hell just froze over.”

“It was our intention to introduce our pro-MMA bill early in the session, but now that the governor has included it, it has helped corral support,” our source said. “I think the bill would have passed anyway but having the governor include in his budget it makes it easier. A lot of potentially contentious issues become less so when they end up in a budget.

“From our perspective the focus remains of ensuring that members of the Democratic caucus in the Assembly who have expressed concerns about MMA in the past have the opportunity to weigh in on the subject so we can account for their concerns. We’re going to continue to talk to them so we can come to an agreement of what we want the budget to look like.”

But why? Why do anti-MMA forces within the Democratic caucus need the chance to weigh in on the budget if there’s enough support in both the Assembly and the Senate and now the governor’s office to push MMA through as part of the 2016 budget? After all these years of anti-MMA legislators bottling up bills in committee and preventing them from coming to a vote and filling the ears of their colleagues and their constituents and the press with their squeamish, Puritanical concerns, now that the day of jubilee finally appears to be upon us, why can’t the Democratic caucus just push their support for MMA into their own budget and leave the naysayers out in the cold?

The reason, our source says, is totally reasonable and decent and fair and politically wise and temperate in a way those of us who just want to see a UFC fight at Madison Square Garden or the Barclay’s Center in Brooklyn are no longer capable of.

“The reason we will take them into account and make sure they’re voices are heard is because we have to go back to work with them the next day,” our source said. “Holding off minority opinions is not how the Democratic conference in the Assembly has traditionally worked. We’re a feel-good conference.”

Besides, our guy says, from a process standpoint, if the Democratic caucus decided to pass the budget as a conference, a single member wouldn’t be able to stop that budget from coming to a vote. For example, the education committees of both the Assembly and the Senate will hold joint reviews of all the education proposals within the governor’s budget, but in the end they’ll vote on the entire budget, not just those proposals. “Anti-MMA committee chairs won’t stand in the way if the budget receives requisite support with the conference,” our source said. “They can’t jam it up and they wouldn’t. They will grandstand, but the fact that the MMA issue is part of a bigger budget will be an out for those on the fence. They’ll say, ‘Well, I had to vote for the budget to get the education funding we wanted or the funding for social services we’ve been fighting for.’”

So, sometime in late-February, the Assembly will pass their version of the budget and the Senate (who have voted to legalize MMA for the last seven years) will pass their own, and then in March those bodies will negotiate with the governor’s office to come up with a final budget, which has to be approved by March 31.

Which means New York’s 20-year MMA freeze-out could very be over by the end of March. Out, as they say, like a lamb. In fact, if MMA is included in the Assembly budget then, for all intents and purposes, we’ll know about the fate of MMA by the end of February. But, our man in Albany says, if MMA is not in the Assembly budget there’s no reason to be alarmed or paranoid, no matter how understandably deep our paranoia runs at this point. If the Assembly leaves MMA out of their budget it most likely just means they’ll be using the issue as a leveraging tool to get something else they want out of Cuomo or the Senate. “People will panic and think MMA is dead again, but those are people who don’t understand the legislative process and how things can be used for negotiations,” the source said. It’s just politicians playing politics.

See, nothing to panic about.