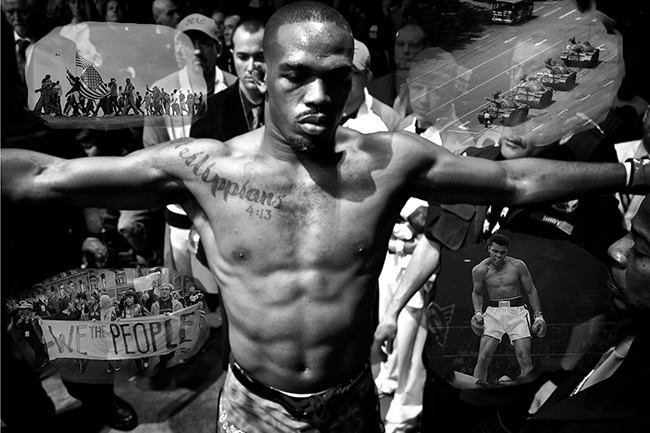 The first rule of Fight Club, you don’t talk about ... race.

Twenty-five years ago, Jimmy "the Greek," a CBS sports anchor, attempted to explain why African-American athletes seem to dominate sports:

The black is a better athlete to begin with because he's been bred to be that way, because of his high thighs and big thighs that goes up into his back, and they can jump higher and run faster because of their bigger thighs and he's bred to be the better athlete because this goes back all the way to the Civil War when during the slave trade … the slave owner would breed his big black to his big woman so that he could have a big black kid …

Jimmy was raking in $750k per year as a talking head at the time. Jimmy broke the first rule of Fight Club, and CBS kicked his ass to the curb.

If these events seem unrelated, read on.

Now, Jimmy might’ve possessed an encyclopedic knowledge re: sports, but Jimmy didn’t know jack about genetics. If only he could’ve read The Sports Gene: Inside the Science of Extraordinary Athletic Performance, by David Epstein, he might've told the camera:

Folks, I’m no scientist, but you know, and I know, that some people are born with physical advantages that no amount of determination, hard work, or training will ever overcome. Sports ain’t a level playing field. The hand you’re dealt decides whether you’re even allowed on the court for tryouts.

Instead, Jimmy used words like “black,” “breeding,” and “slave owner.” Ugly and ignorant.

In The Sports Gene, Epstein hurdles this slave-breeding urban myth and heads back to our genetic roots, to the African cradle when early tribes splintered, some migrating north into Europe, others east into Asia, others across the Atlantic. Over many millennia these new environs selected genes best suited for longer agrarian work days, or for higher altitudes, or --

Hold up, you say, this is an MMA site, how is this relevant? Well, let's consider genes that convey a height/reach advantage. For five years Jon Jones mowed through the who's who of the UFC, never tasting defeat (that DQ for illegal elbows in the Matt Hamill fight was bullshit): Stephan Bonnar, Shogun Rua, Ryan Bader, Lyoto Machida, Vitor Belfort, Chael Sonnen.

None posed a threat.

Until this past weekend, when Alexander Gustafsson, at 6’5”, took the 6'4” Jones into the deepest waters. Race and skin color had nothing to do with it. It was Gustafsson’s gargantuan genetics that minimized Jones’ strategic use of distance, all but negating that outstretched arm and stomping oblique kick. It was pure genetics that forced a war of tactics and guts.

As Jimmy might say, height ain’t the only adaptation them genes convey. Consider:

Endurance Researchers quantify an athlete’s endurance as VO2 max. We’re all born with a baseline capacity that many believe we can raise through aerobic training. But this belief requires a caveat: Epstein points out that our genes (there is no single gene that determines VO2 max, but perhaps 30 genes working in concert) not only determine this initial capacity; they also determine whether or not, and to what degree, we respond to aerobic conditioning. As with most of nature, the response range falls along a bell curve, with some showing little improvement despite months of hard work and some improving dramatically with scarce effort.

Head trauma It’s an inevitable result of contact sports. Football. Soccer. Boxing/MMA. But as with VO2 capacity, our genes dictate the extent of the trauma. Specifically, the singular ApoE4 gene. A kick to the head is not always a kick to the head--it depends on who the lucky recipient is. Researchers recently discovered that those with a variant of this ApoE4 gene (as per Epstein) “have longer comas, more bleeding and bruising in the brain, more post injury seizures, less success with rehabilitation, and are more likely to suffer permanent damage or to die.”

The Anti-Doping Test Gene Leagues and athletic commissions typically test an athlete’s urine for the hormonal T/E ratio of testosterone to epitestosterone. Most of us walk around at 1:1. But inject yourself with testosterone (in order to increase strength, speed recovery from brutal training regimens, or up your mental aggression, inter alia) and that ratio rises. California allows a ratio of 4:1. Nevada, 6:1. Alistair Overeem got popped at 14:1. But Overeem is not alone. Google Marion Jones, Barry Bonds, Roy Jones Jr., Mark McGuire--in every sport athletes are trying to break through the limitations imposed by their genetic ceiling. Yet, some lucky athletes are born with a variant of the UGT2B17 gene that allows them to dope without fear of getting caught. Ten percent of Europeans can inject as much testosterone as they want and that T/E ratio remains 1:1. For Asians, it’s much higher--66% of Koreans enjoy this exemption.

The genetic advantages detailed in The Sports Gene range from resistance to ACL tears to denser muscle fibers. Fascinating stuff, but why are people so reluctant to talk about genetic advantages in sports? “For some reason there is popular rebellion against the idea of [inborn] talent,” Epstein told me, “perhaps because we want to tell children they can do absolutely whatever they want. Some psychologists even told me they realize talent exists, but they think that doesn't make for a good social message.”

Bingo. That’s the issue. Any talk of genetics threatens the role of sports-as-social-institution. Sure, we shuffle into the arena for entertainment, but for the last 60 years--with the rise of a newly minted middle class; the desegregation of basketball, baseball, and football; and the omnipresence of national broadcasts--sports have served to unify and reinforce the message that we’re all in this together. Try hard and you too can achieve the American Dream.

But there's a growing disconnect. Last week Floyd Mayweather Jr. earned an estimated $100 million for an hour in the ring. Sure, we applaud his marketing genius, unrivaled skills, and hard work--but amidst reports of unemployment, globalization, increasing job automation, and rising education costs, the “we’re-in-this-together” message starts to ring hollow.

The United States House of Representatives just moved to axe four million families from food stamps. Forget the overhyped exception--the rule is these are poor single mothers with children trying to survive on $31.50 a week. Richest nation on Earth. Even if you nix the moral arguments, imagine the long-term economic blowback of allowing these children to grow up starving.

Sports as life, or life as sports--the most important thing is to realize we’re not all created equal. The bout has begun, and in many ways, for the vanishing middle class, it’s the last round.

“There’s class warfare, all right,” said Warren Buffett, one of the richest men in the world, “but it’s my class, the rich class, that’s making war, and we’re winning.”

These are the deepest waters. If we truly want a meritocracy for ourselves and our children, it’s going to require more than feel-good aphorisms. In 1989, Chinese youth occupied Tiananmen Square, and the communist establishment rolled in the tanks. In 2011, with unemployment for 18 to 29 year olds at a staggering 16.2%, Americans occupied parks and schools, and the establishment media mocked while police answered with tear gas, batons, and pepper spray.

We don’t have the in-born advantages of the 1%, but who knows, take to the streets again and we might prove the exception that thwarts the rule.

NOTE: September is Hunger Action Month. One in six Americans struggles with hunger. Please visit Feeding America to learn how you can help.

Nick "The Tooth" and DIY Surgery