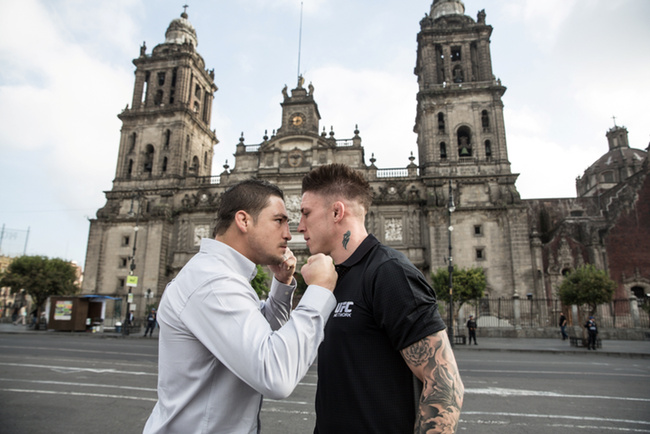 The Northern Irish prospect has been on a tear inside the Octagon. Unbeaten in his five tests to date under the promotional banner, the only blemish on his UFC record came via a highly disputed draw against Leonardo Santos when they met in Natal, Brazil in March.

The Rodney Moore product had a point deducted without warning after grabbing a handful of Santos’ shorts, but Brazilian referee Wernei Cardoso failed to reprimand his countryman when he twice grabbed the cage to defend the Next Generation Northern Ireland fighter’s takedowns.

Although he didn’t get the win on the night, Parke highlighted that the Santos contest, in front of a very hostile Brazilian crowd, could have been the perfect preparation for a fighter like Sanchez who has ended up on the right side of decisions throughout his career, sometimes against the odds.

“I think the fight in Brazil has taught me to mix it up more,” Parke reminisced on the UFC Fight Night: Shogun vs. Henderson 2 bout. “When I look back on that fight I’ve gained a lot of experience from it so I know what to do now. I’ll be prepared for the crowd in Mexico, that doesn’t bother me at all.

“There’s a massive difference between Santos and Sanchez in terms of style too. Santos is constantly on the back foot and it’s hard to fight someone like that. With Sanchez there are a lot more opportunities to counter because of his constant forward movement. That will suit me a lot better.

“I understand that this fight is in Mexico and he is a hero to the people that will be in the crowd. He got a controversial decision win against Pearson in his last fight but I just need to make sure that this is a clear win.

“People are always telling me how he’s never been finished, but as my coach always says to me, he hasn’t fought me yet. I’m not worried about the big show or the night that’s in it, my mind is already passed all of that. I’m ready to move into the top tier right now.” 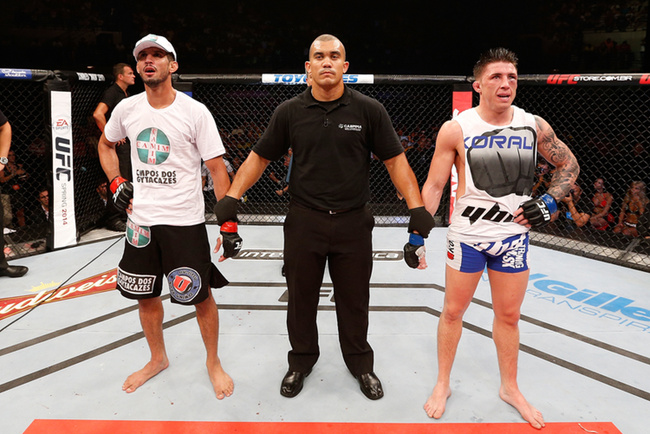 Although Ross Pearson, who Parke trains with on occasion in Alliance, lost a controversial decision to Sanchez when he last took to the cage, Parke is adamant that his date with the Jackson’s MMA man is not a revenge mission. Instead, he is quite forthright in explaining that he targeted a big name fighter to call out because a win over one would bolster his position in the rankings.

He said: “The reason I pursued this fight is because of how much weight his name carries. The fact that he had his hand raised against one of my team mates (Pearson) in a fight that he didn’t win doesn’t really bother me. All the fans know who Diego is so if I get a win over him it will push me up the rankings.

“We’re not in this sport for long time, we’re here for a good time. There’s a small window we have to make an impact and I just know I’m going to beat this guy, I know I will,” said a determined Parke.

Having watched Sanchez’s ascent through the UFC ranks, Parke believes the lightweight stalwart is a good matchup for his style which prompted him to call the veteran out after banking his first promotional finish over Naoyuki Kotani on the main card of UFC Dublin on July 19.

“When I first watched The Ultimate Fighter, Diego was there, he’s been there from the start. Every time he’s fought I’ve always watched him but the more I saw of him the more I realised that I could beat him. I knew it wouldn’t be a problem for me.

“He’s a lovely lad, I’ve met him face to face. We met at the UFC 180 press tour, it was a little bit funny at the start but we went for some drinks after and we chatted for a bit. I’ll leave that off to the side though, I don’t want to get attached to him.

“This is the next step for my career. Once I win this fight then all the attention will be on me. I’ll be inside the top 20 so it’s important. People are saying I’m going to be under pressure but I don’t feel that way at all. Once I get in my groove none of that stuff matters. I already have it won in my mind.”