Old School versus New School: The Greatest Thai Fighter of All Time 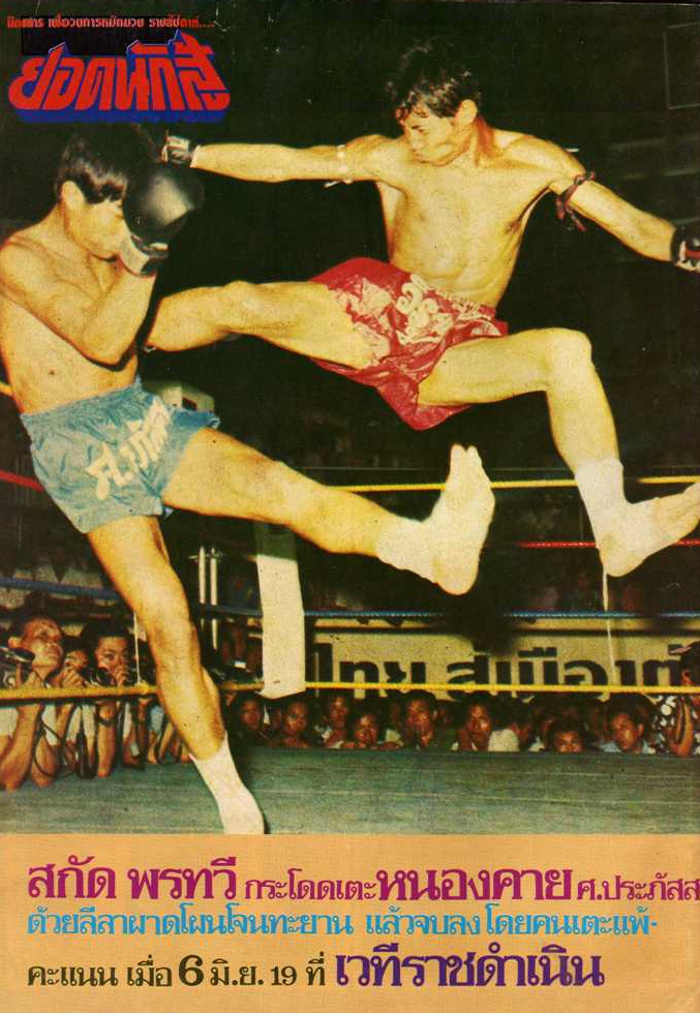 Images courtesy of the author

In fighting sports there’s a lot of bunkum and balderdash about who’s the so-called best of the best. The world of Muay Thai is not immune to these endless, almost pointless debates. Nevertheless, could the back-in-the-day likes of Samart have bested the fighting likes of Saenchai today? In respective primes, could Buakaw, give or take the disparity in fighting weight and height, have beaten the sky piercing knees of Dieselnoi to the punch? And so on and so forth rages the fiery debate from the locker room.

Most practitioners and conspicuous consumers of Muay Thai settle on Samart as “the best technical fighter” of all time. My personal favorite is Dieselnoi—but subjective “favorite” should not be confused with objective “best,” and this current bias is only born out of a passing fancy for muay khao (knee boxers), and the savage economy of knee fighting. Is Dieselnoi the best? No: but he’s the greatest muay khao of all time. 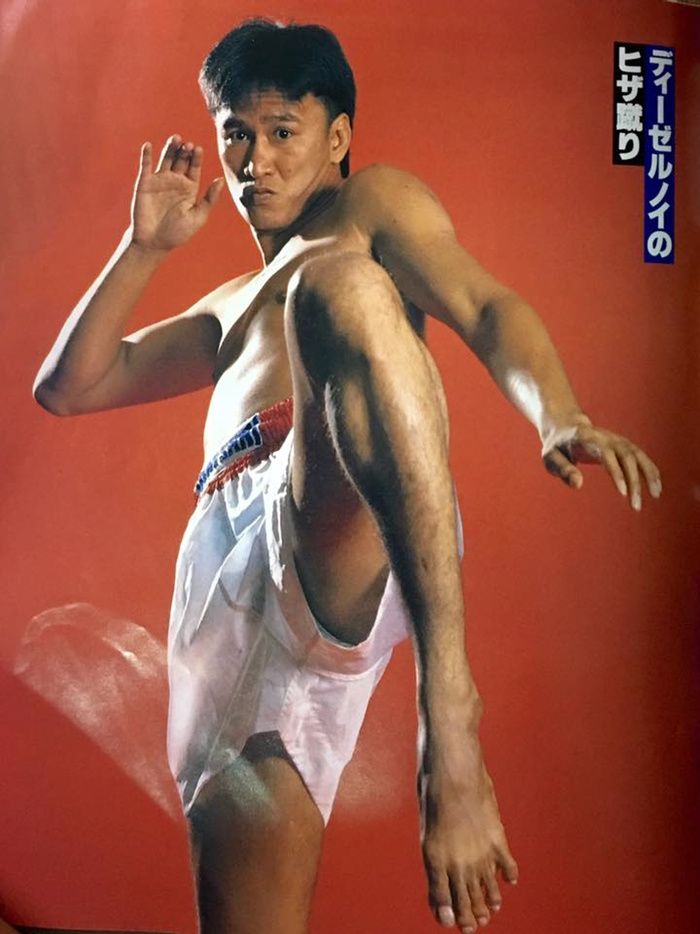 “Best” often denotes technical pugilists—the ones who rely on the holy trinity of brains, skills and good defense to prolong their short shelf life in the fight game. Samart is often hailed as the best of that rare breed. The ambidextrous, eagle-eyed boxer had the sneakiest teep (front push kick) in the pro game, and boxed clever behind it to KO opponents from all angles, at distance. Rumor has it that Samart developed his trademark teep to preserve his good looks. Tactic born of vanity or not, it reaped dividends. Samart’s ability to defend and simultaneously attack with the teep meant that he was less exposed to punishment from punches, knees and elbows at closer range. Does that make him the boldest of the brave, the baddest of the bad? For a lot of fight folks, learned and/or otherwise, it does. 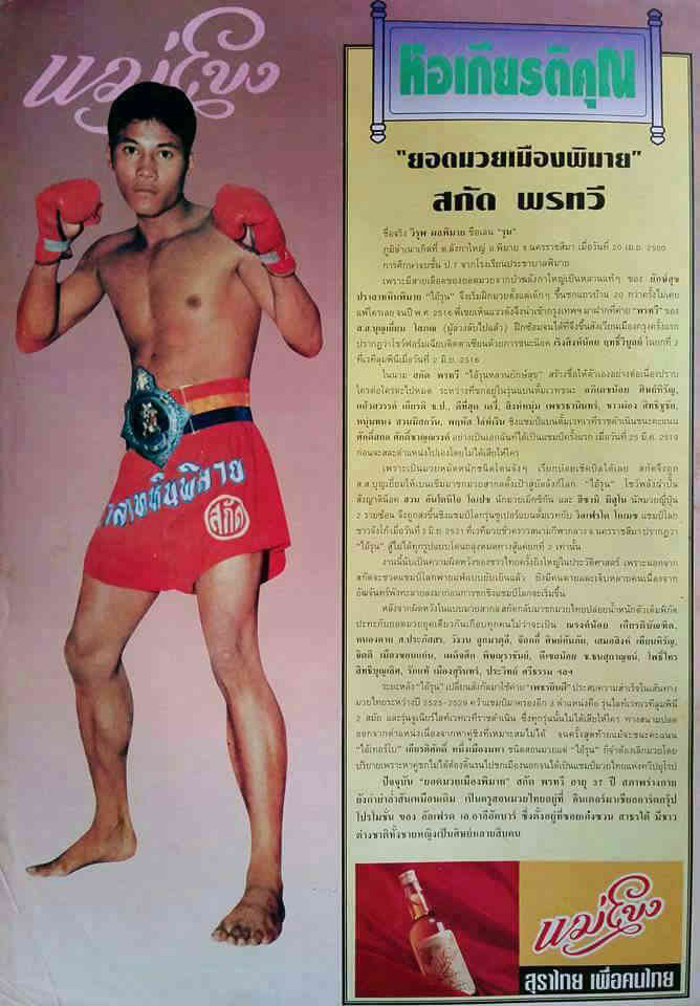 Then there’s Sagat Petchyindee. Like Samart, he managed to become a western style boxing champ as well as a Muay Thai champ and was even immortalized, give or take the odd physical discrepancy, in Capcom’s poplar computer game series Street Fighter. Short and podgy in the flesh, Sagat was a power broker in the ring who smashed the tight guards of many challengers with devastating leg kicks, mean upper cuts and short, sharp elbows. Sagat famously beat Dieselnoi in his dangerous prime but the 3 time Lumpinee and Rajadamnern champ hardly ever rates a mention in these reoccurring debates.

Sagat’s a top dude from the golden era of Muay Thai. Ditto Samart and Dieselnoi. Who’s been rocking the dance floor right now and could he measure up to the shimmering likes of the bygone past? Step forth the aging war-horse Saenchai. The 36 year-old has been dominating the pro-game for over a decade, and, though his glorious career is coming to an end, his fighting legs have not left him. The great thing about Saenchai is all-round ability. Cursed with dazzling footwork, sleek evasive skills, attacking high, and low, with blurring combinations of hands and legs, Saenchai is poetry in motion to watch. And few fighters, or athletes, make a living mark on a sport by coming up with a new move to ape. Inspired by the Thai game takraw (volleyball played with the hands and feet), Saenchai invented the cartwheel head kick (now the subject of a bizarre ban in domestic Thai fights), which makes him a bit of a bloody genius in any pundit’s book. 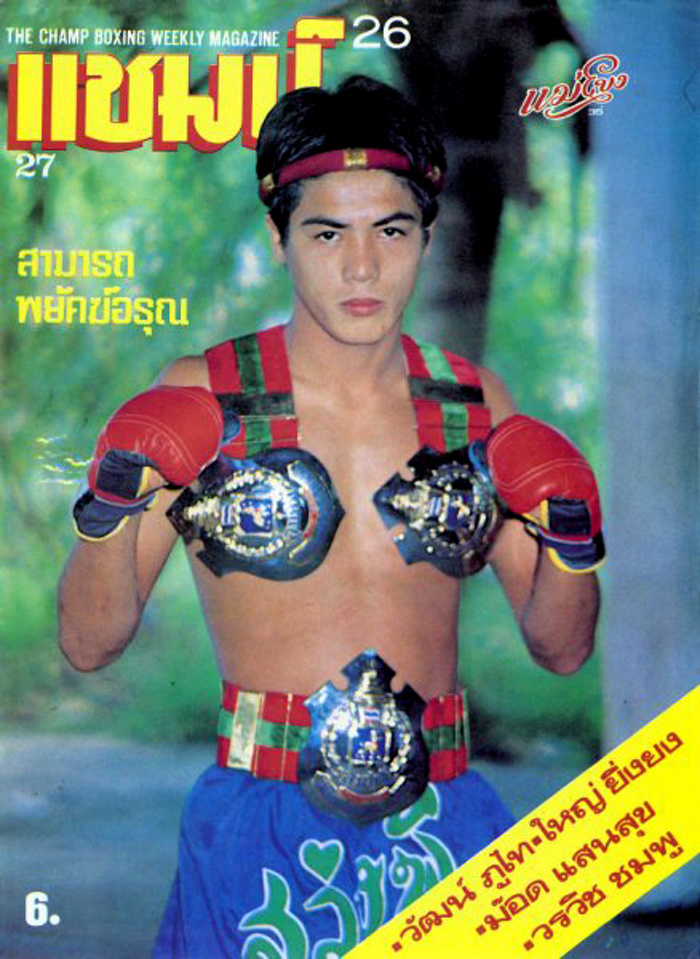 Decisions, decisions: who really is the best of the best in Muay Thai? I referred the matter to a couple of good old boys who know much more about the noble art of Muay Thai than I do. First up, I put the question, point blank, to ex world champ turned coach Damien Trainor of the K-Star gym in Birmingham, England.

“Samart and Saenchai probably are the best of all time. I think when you look at who’s best, you have to look at their achievements. I’m not a huge fan of Saenchai. Don’t get me wrong, he’s phenomenal! But I’d pick him as the best ever. No one to my knowledge was at the top of the game for as long as he was. He was beating young guys, 17, 18, 19 and 20 year olds when he was in his mid-30s, which is some mean feat in Thailand.” 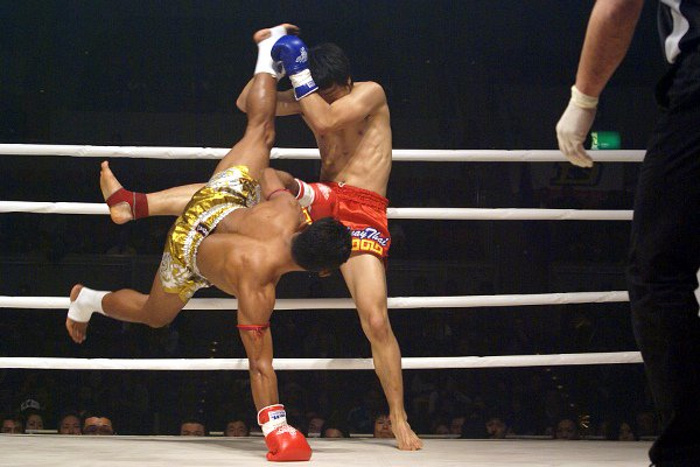 Damien’s not wrong. They write you off as an old age pensioner when you turn 26 in the Bangkok Muay Thai game.

Then I asked Arran Sirisompan, the son of Master Woody. He’s a motor-mouthed commentator on “MBK Fight Night” and must know something.  Arran whittled it down to one name and one name only: Saenchai.

“Well, for starters, he’s still kicking ass at 36 and he’s a four-time Lumpinee champ. Big knockouts. Charismatic. Unorthodox. That cartwheel kick! Saenchai has that ‘thing’ where he can see a move being thrown by his opponents. When I do the commentary, he’s the only fighter who is being watched by other fighters on the card.  He’s an alien. An absolute killer!”

So, enough with all of that trash talk about today not matching up to that “golden age” you keep hearing about.  The best of the best is on the scene right now; he’s Saenchai, the old dude with the flash cartwheel kick; Saenchai, the guy who doesn’t mind switching weight classes; Saenchai, the guy with great speed and technique who doesn’t seem to duck a fight. And, unlike the old boys from the golden era of Muay Thai, there is so much more footage of Saenchai doing the rounds for fighters and fans to sit down and analyze. Nonetheless, it begs many questions. Is Saenchai a fighter out of his time? Would he have fared better in the dangerous and hyper competitive era of Samart, Dieselnoi and Sagat? Whatever the arguments about by-the-numbers bouts, whatever the comparisons between past and present, there isn’t a sheer, classical Muay Thai stylist doing the rounds like Saenchai right now.

That said, you will hear, and continue to hear, a lot of hogwash and hullabaloo about who was the best of the best in Muay Thai history. You will read, and continue to read, a lot about old time great fighters who would annihilate the champions and contenders of the modern era. But my objective “best of the best” is a fella who hasn’t been around for a very long time indeed. In fact, you could say that he was the guy who got the whole circus started in the first place. He didn’t win any belts at Bangkok stadiums and there’s no fight footage of him on YouTube. But it won’t be hard to understand why he is, pound for pound, the greatest Thai fighter of all time. 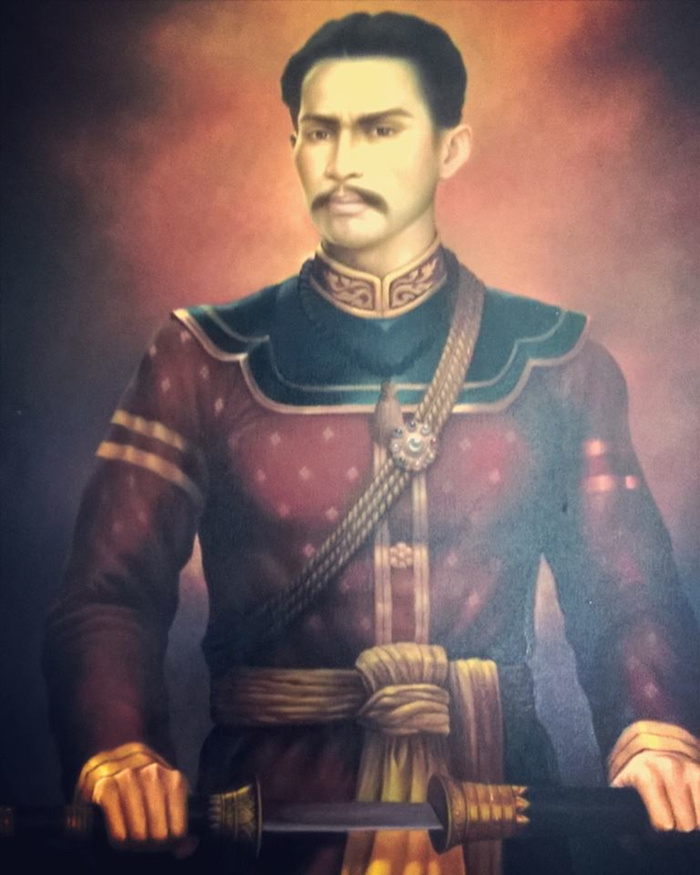 The best of the best was His Majesty King Naresuan—who first popularized Muay Thai in 1560 when Burmese forces captured him after a huge battle. The Burmese knew that their regal prisoner of war was the best fighter in Siam (Thailand’s old name), and they routinely matched him up against their own champion fighters in bare-knuckle matches. The eight-limbed Thai monarch soundly beat his opponents and so impressed his captors that they eventually set him free. King Naresuan returned home a hero, and “Siamese boxing,” as it was then known, went on to become the national sport. Except for the rules, the referee and the equipment (boxing gloves were introduced in 1929), Muay Thai has changed little since then.

How would the likes of Samart, Dieselnoi, Sagat or Saenchai have fared against King Naresuan of ancient Siam?  After watching the films, watching the styles, watching how they fought, their speed, their footwork; listening to the arguments, reading the various articles, and history books, it might come as a right royal shock, but I think that old King Naresuan “the great warrior” would have thrashed them all.

The Legend of Buriram: The Scarlet Pimpernel of Muay Thai