Olympic Judo Celebrates Humanity at Its Best (and Worst) 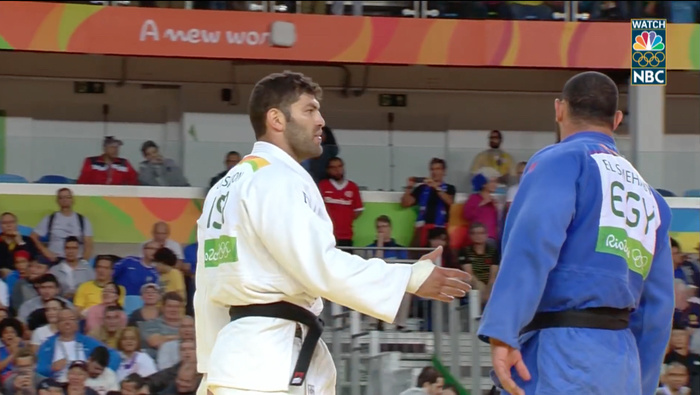 In theory, the Olympics are supposed to represent the best of humanity. For two weeks, the world comes together, sets both personal and political differences aside, and watches the globe’s most talented, dedicated and hard-working athletes push each other to even greater heights.

Because even the most gifted athletes are as imperfect as the rest of us, though, the games often end up representing who we are as people as much as who we aspire to be. This became particularly clear last Friday when Egyptian judo fighter Islam El Shehaby refused to shake hands with or bow to Or Sasson after the Israeli athlete defeated him by ippon in the first round of competition in the men’s over 100kg division.

El Shehaby’s poor behavior began when Sasson extended his hand after the match. The Egyptian rejected the gesture of respect, backing away from his opponent and shaking his head. As the crowd began to boo, the referee called El Shehaby back to the mat and told him to bow. El Shehaby refused that, too, barely nodding his head in response.

Although the International Judo Federation was quick to point out that the bout between the Egyptian and Israeli fighters was still a step forward for the sport—“This is already a big improvement that Arabic countries accept to [fight] Israel, IJF spokesperson Nicolas Messner told CBS News via e-mail—the fallout was less than ideal for the athletes involved and the sport as a whole. It was also against the rules.

While refusing to shake an opponent’s hand might be a dick move and a violation of the unwritten social contract of the martial art, rejecting the mandatory bow is actually a violation of the sport’s regulations. Yesterday, the International Olympic Committee declared that El Shehaby’s behavior “was contrary to the rules of fair play and against the spirit of friendship embodied in the Olympic values.” They went on to say that the fighter had been reprimanded and sent home.

It was an unfortunate coda to a judo competition that’s been as fraught as almost every other aspect of the Rio Games—but every bit as inspiring, too. The sport’s contribution to the 2016 Olympics, which took place from August 6-12 at the Carioca Arena 2 in Barra da Tijuca, received its first wave of international attention thanks to an incident off the mats in Brazil. On August 10, Belgian judo fighter Dirk Van Tichelt became one of the first high-profile Olympic athletes to be the victim of a robbery when he was attacked while celebrating his bronze medal win on Copacabana beach. He was punched while chasing down a thief who had stolen his phone, earning a black eye in the process.

In between the stories of fighters being both the victims and perpetrators of unsportsmanlike conduct, though, judo provided the world with some of the more powerful Olympic moments of the games. 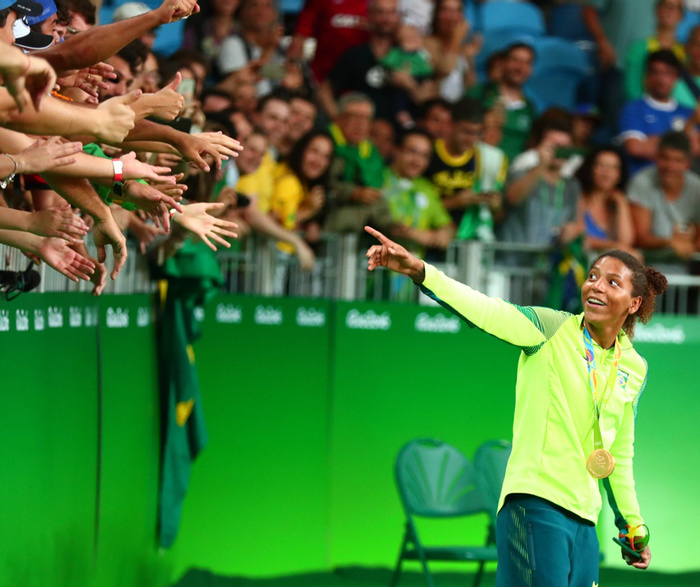 24-year-old Rafaela Silva won Brazil’s first gold medal of the games in the women’s 57 kilogram division while the crowd waved the flag and chanted her name. It was a far cry from Silva’s first Olympics in London, where she disqualified for an illegal leg grab and immediately became the subject of brutal racists abuse. The black athlete even received text messages telling her that “the place for a monkey is in a cage.”

With her golden performance last week, though, Silva felt that she was both able to redeem and avenge herself. “The monkey that they said had to be locked up in a cage in London is today an Olympic champion at home. Today, I’m not an embarrassment for my family,” she said after her win.

America’s judo contingent had a couple of redemption stories of their own to celebrate in Rio. Although he didn’t medal, Nick Delpopolo earned a respectable 7th place in his division, erasing almost every memory of his pot brownie-related ejection from London four years ago. The New Jersey columnist who once wrote that he’d forever be remembered for the illicit baked goods that he ate in 2012 is now happy to write about a new legacy for the hometown judoka. 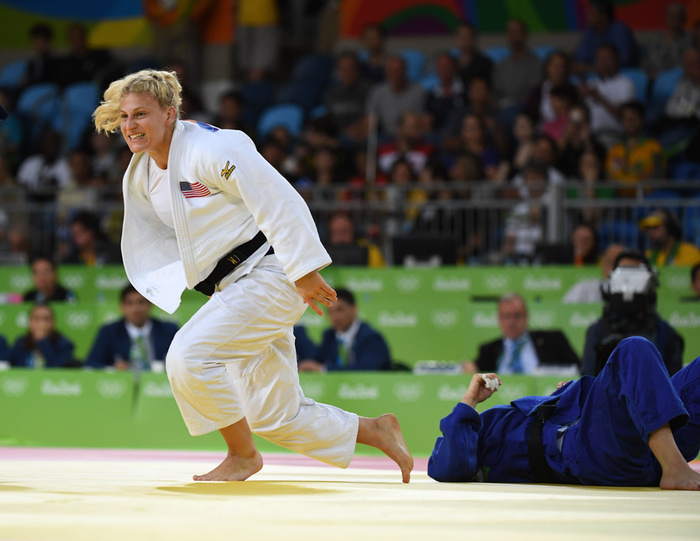 Women’s judo star Kayla Harrison was able to come back from a 2013 knee injury and cap off an incredible career with one final triumph: a successful defense of her London gold medal. “My judo legacy is fulfilled, and I’m happy,” the two-time gold medalist, who retired after the match, said. “I’m happy with my career. Now it’s time to go and continue to add to the legacy off the mat and try to change the world.”

Harrison, who is a sexual assault survivor, will focus her world-changing efforts on the Fearless Foundation, a nonprofit that she started after her London win to help fellow survivors through a combination of sports and education. She’s also been offered contracts from a few MMA organizations, but she’s not sure whether she’s interested in pursuing that yet. (Although that hasn’t stopped the media from tentatively declaring her “The Next Ronda Rousey.”)

Even Israel’s Or Sasson came away with a happy Olympic ending of his own. He may not have scored the briefest acknowledgement of respect or dignity from his first opponent, but he did go on to win the bronze medal in their division.

Another Olympic Boxer Is Accused of Sexually Assaulting Worker in Rio