On the 20th Anniversary of the UFC, We Give Thanks for the Lack of Brian Kilmeade 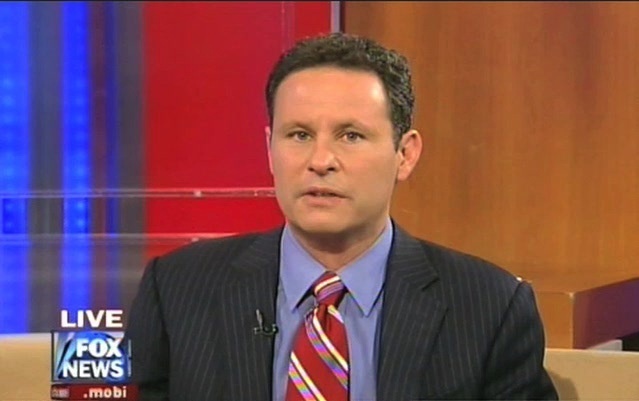 The UFC celebrates its 20th anniversary this Saturday, and many of the stars from the promotion’s early, outlaw years—like Royce Gracie and Mark Coleman—have been spotted around Las Vegas, reminiscing, basking in their legends, and being celebrated as heroes by most of the fighters on the event’s card, from defending welterweight champion Georges St-Pierre on down.

Many of the stars have been spotted, but not, apparently, all of them.

Because lost (hidden?) amid all the hype and hullabaloo surrounding this unlikeliest of anniversaries is the knowledge that Brian Kilmeade—the ditsiest third of Fox News’ ditsiest show, Fox and Friends; the “newsman” who once threw a basketball at a baby on national television; the “analyst” who once claimed that all terrorists are Muslims; the intellect who once theorized that the problem with the U.S. is that we “keep marrying other species and other ethnics” while the Swedes and the Finns keep their societies “pure” by only marrying other Swedes and Finns—got his big break as one of the announcers at UFC 1. That’s right: “The Brown-Haired Guy Who Isn't Steve Doocy” was one of the voices and faces of the original UFC, bringing his special blend of bemused sincerity and English syntactical confusion to what would one day become the greatest of all possible sports:

In light of this knowledge, we would just like to say that while we're sure Saturday night is going to be great, fighting is still the most unpredictable of sports, life is inherently unfathomable, and being grateful for what we have is the best way to ensure ourselves even fleeting moments of happiness. Thank your lucky stars, is what we’re getting at, not only for what we have but for what we don’t. If, say, the power goes out in the Grand Garden Arena this Saturday or the pay-per-view shuts down or a zombie apocalypse breaks out right in the middle of the main event and you get eaten alive, remember how much worse things could have been. Brian Kilmeade could still be the announcer for the UFC. Brian Kilmeade could still be the announcer for the UFC. Just try and imagine that. And shudder.

And then try to imagine a world where Kilmeade didn’t join the cast of Fox and Friends and this never happened:

It’s all too terrifying to think about.