On the Fringes of Tourism: The Hidden Gym in Pai Valley 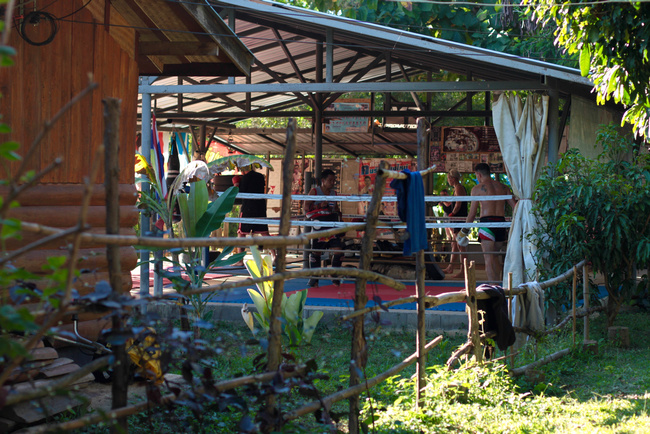 It's a warm winter in the little town of Pai, tucked away in a valley in the northern Thailand province of Mae Hong Son. The three-hour bus ride from Chiang Mai winds through mountain passes and cascades down into into a verdant panorama featured on many a postcard, now home to an increasing number of itinerant backpackers and escapist hippies.

And, of course, the occasional Muay Thai fighter.

Pai's main walking streets are overrun with tourists, mostly Western and Chinese, but few of these tourists make it out to Sitjemam Muay Thai Gym. Unlike most of the businesses in Pai, Sitjemam is hidden away in the countryside, where it sits unassumingly among green fields, scattered homes, and a couple mom-and-pop shops. For pure beauty of the surroundings, it's hard to beat Sitjemam's location. 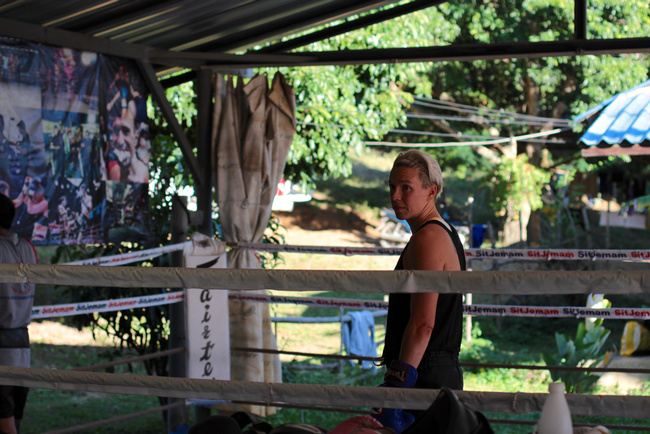 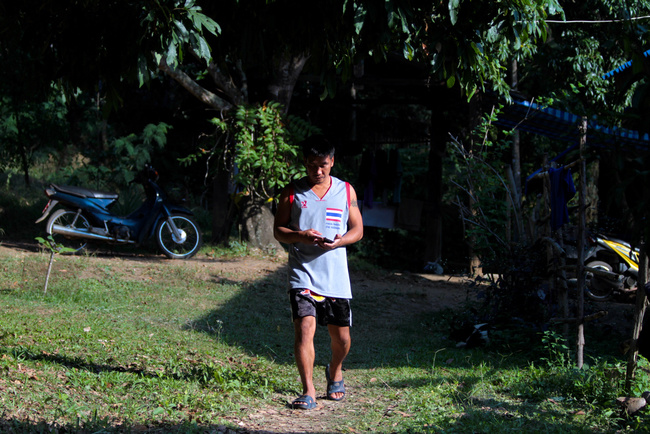 Together, Mam and Em own and manage the gym. The gym is named after its female owner—"Sitjemam" translates into "students of Mam."

Days spent in Pai are serene. Train, eat, sleep, repeat. That's all the fighters do here, says Mam. The gym is approaching its second birthday, having been established in April 2014. It's small—the capacity is 10 students, and only six can live on-site. 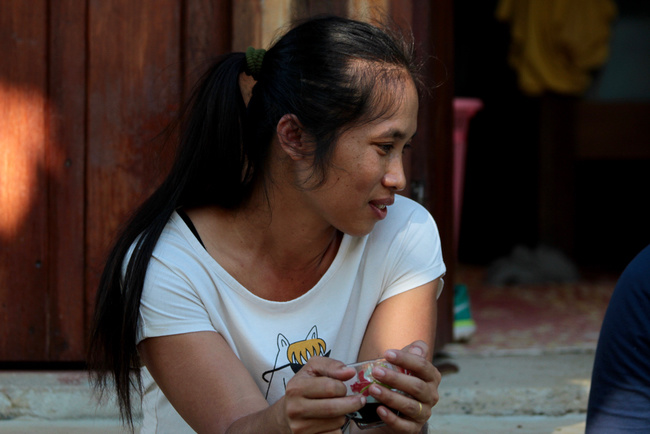 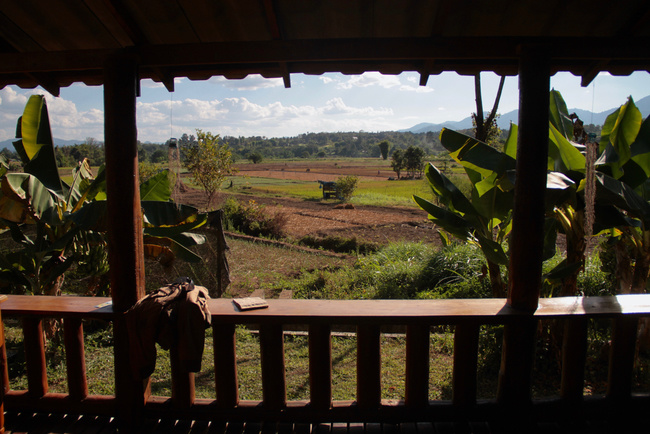 With the gym being so small, it's hard to turn a profit. In fact, Mam and Em don't depend on the gym for their full-time livelihood. Mam owns a tour agency in town, and the couple owns and manages rental properties in the surrounding areas.

It's not easy to profit from operating a gym, no matter where you are. When asked how to make money running a fighter's gym, Em looks a bit cynical and says, "By sending the fighters to Europe. The purses [here] aren't enough alone. And you can't make enough on gambling alone either. Muay Thai and gambling, it's like karate in the '80s, it's for older people. Even our son, he's good at Muay Thai but what does he do? Football."

Then why have a gym, if not to make a profit? "Because we love it," Mam laughs, as if there could be no other reason. This sort of sentiment is somewhat common for many traditional gym owners in Thailand, who go into the Muay Thai business almost as a working hobby, often funding the gym through outside sources. 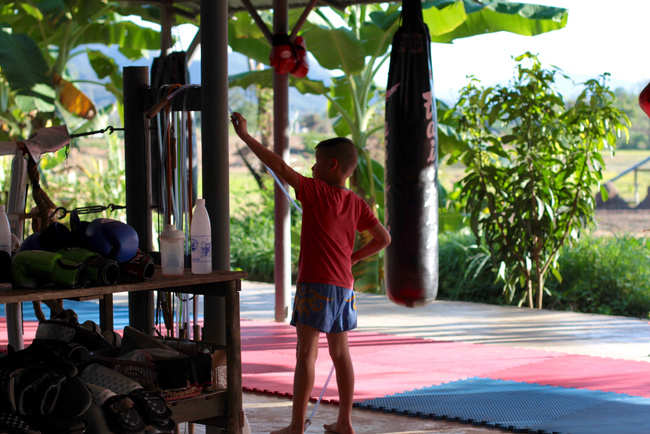 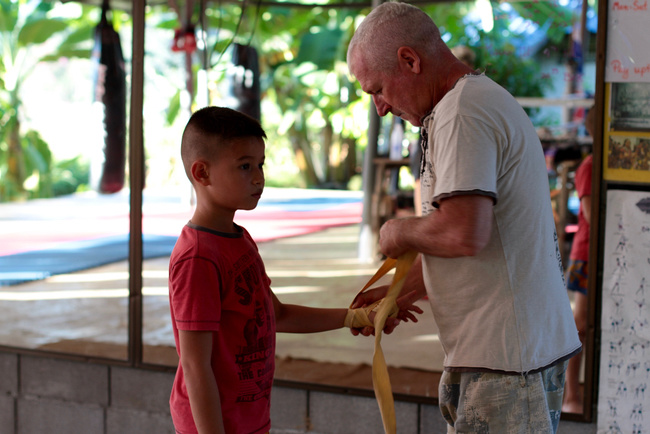 Profitable gyms in Thailand now come in two main forms: the ones backed by wealthy owners who buy elite Thai fighters, and those focused primarily on foreigners and the money they pay in training fees. With no high-level, active Thai fighters, and too few foreign students to be highly profitable, Sitjemam doesn't fit into either category.

But Mam and Em never went into it for the profits. They stay connected with the small surrounding community—a few local kids and a couple Burmese refugees train there. Their foreign fighters are occasionally notable, some even famous, like well-known Dutch fighter Marloes Merza. And they're working to build their name.

"We are making fighters famous," Mam says. "Like our Dutch girl [Marloes], even back in Holland she is famous. We have connections and can get good fights here in Thailand and abroad. It's different if you have to do it for a living, but we do it because we like it. We don't care as much about making money from it, as we have other businesses. Also we don't put pressure on our fighters because we don't gamble on them. We don't take their purse either, not even a cut of it." 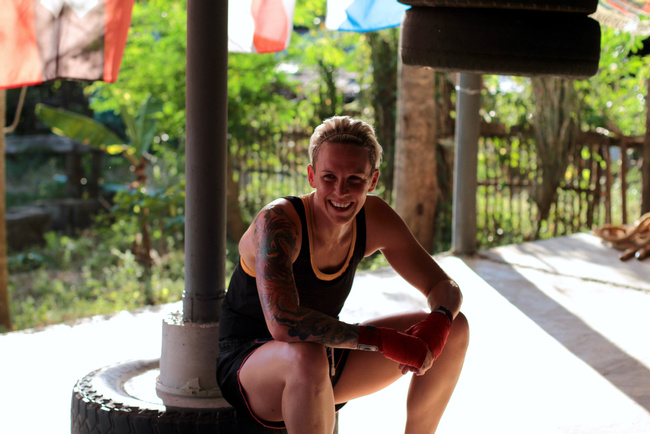 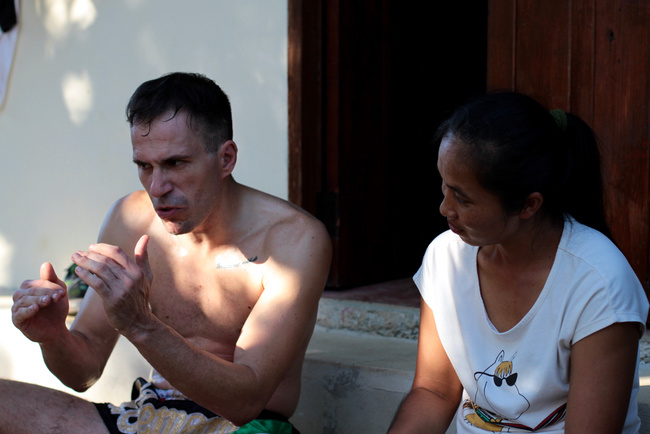 Pai is remote, though. The place is generally known for nice scenery and as a destination for travelers and tourists. While many travelers are interested in trying Muay Thai in Thailand, few make it out to Sitjemam, stopping instead at the far more centrally located Charn Chai Muay Thai Gym. 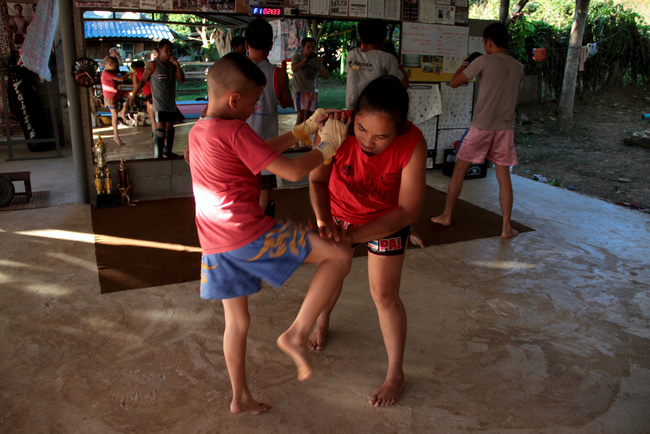 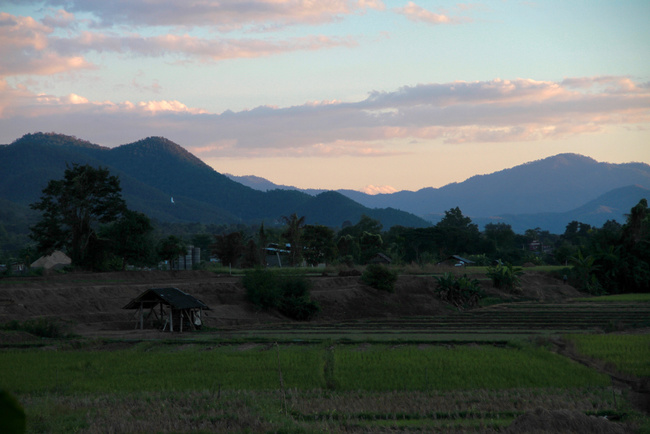 Drop-ins are welcome at Sitjemam, but "holiday-fighters" are generally not the target demographic. "Here it's more serious training," Mam says, "not just for fun or partying and meeting new people. We don't get many tourists because we don't market to the backpackers."

The gym doesn't host parties ("drinking parties," as Mam calls them), but they do organize the occasional camping excursion or group trip to the nearby hot springs, so there is a bit of fun and relaxation included in the Sitjemam Gym experience.

It was almost a given for Mam and Em, who first met at another (now-defunct) Muay Thai gym eight years ago, to open their own. Says Mam, "When we decided to live together, we said, what will we do? We'll do what we love, we'll make our own gym. We were looking for other businesses too, but finally we decided to make a gym. It's something we already knew very well and had connections."

Mam and Em are open to possibilities for the future of their family and the gym, but for now, they are happy doing what they love, operating a gym in Mam's home province.