One to Watch: Chris Wade vs. Islam Makhachev 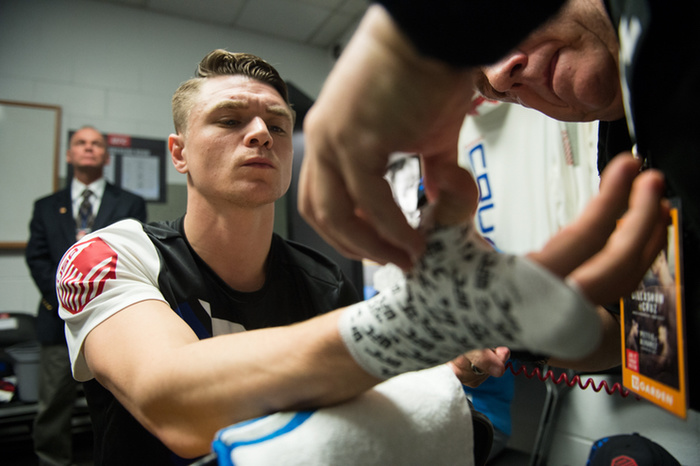 The UFC likes Texas. Houston and Dallas have had some big UFC cards hosted in those cities in the past. However, one city has been overlooked by the UFC so far: Hidalgo.

‘Where is that?’ you ask. Don’t you know? It’s a city of 11,198 inhabitants, as per the last U.S. decennial census, located on the USA—Mexico border across the Rio Grande from Mexican city Reynosa. As UFC host cities go, this is one of the more odd choices.

However, despite the relatively small size of the town, there is an interesting card lined up for UFC Fight Night: Poirier vs. Johnson (otherwise known as UFC Fight Night 94) in the city’s State Farm Arena.

As the event’s name suggests, Louisiana’s Dustin Poirier will be squaring off against fellow ranked lightweight Michael Johnson in a fascination match-up serving as the night’s main event. Meanwhile, that headline is complimented by bouts between Uriah Hall and Derek Brunson—as well as an interesting bout between Kenny Robertson and Roan Carneiro.

Islam Makhachev’s bout against Chris Wade, however, is what really catches the eye.

Dagestani combat sambo specialist Makhachev, a world champion in said discipline, was highly regarded as one of the world’s most promising lightweights ahead of his UFC debut against Leo Kuntz at UFC 187. Khabib Nurmagomedov’s understudy certainly impressed, imposing his will on Kuntz before earning a submission win in the second round.

Now aged 24, Makhachev encountered the first roadblock of his fledgling MMA career back in October 2015 at UFC 192. The Russian traded a few too many punches with his Brazilian foe Adriano Martins, before being knocked unconscious in less than 120 seconds into their contest.

This was his last outing, meaning Makhachev hasn’t competed in the Octagon for close to a year. This was due to a failed drug test for meldonium—the same performance enhancer that has seen a number of Russian athletes, such as Alexander Povetkin and Maria Sharapova, banned from competing in professional sport.

Like the others, Makhachev’s suspension was lifted after the World Anti-Doping Agency, who the UFC-backed United States Anti-Doping Agency work alongside, acknowledged their decision to hastily ban usage of the previously-legal drug on January 1st was ill-informed, due to there being no concrete proof of how quickly the drug flushes out of an athlete’s system.

Makhachev, a Master of Sport in combat sambo and now owning a 12-1 MMA record, will be desperate to rid himself of the memories of loss and drug suspension on Saturday night. 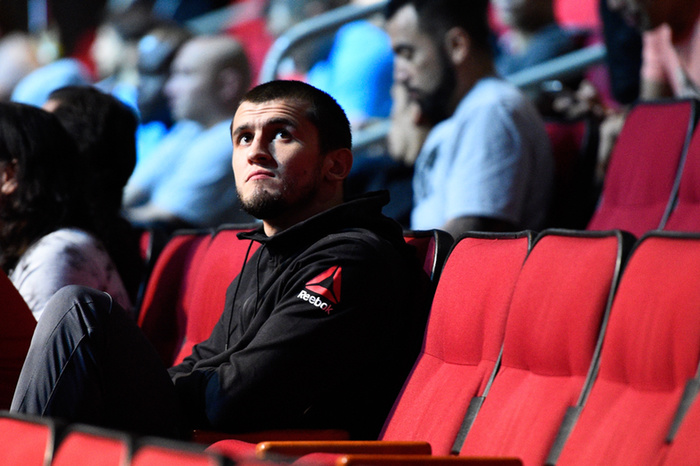 Meanwhile, Wade, who owns a similar record of 11-2, will be seeking to avenge his first UFC loss himself. In May, former Division III NCAA wrestler Wade was stifled by another Dagestani fighter in the re-emerging Rustam Khabilov—losing a unanimous decision in Rotterdam in the Netherlands.

In fact, Wade’s other loss came prior to his UFC tenure to another man hailing from the North Caucasus in Ozzy Dugulubgov—who will next be fighting the impressive Justin Gaethje for his World Series of Fighting lightweight title.

Speaking to BloodyElbow, Wade spoke about the similarity of his opponents hailing from the south of Russia. “I think that they’re really much the same type of opponent, except Makachev is a lefty and Khabilov is a righty. I actually think Khabliov is a little more explosive and athletic, he throws some spinning wheel kicks and he has some really great power in his hips with suplexes and stuff. Makachev doesn’t really have that, he has the overhook judo throws from sambo, he has good hips in that respect, but he’s not one to bodylock you and try to Greco-Roman suplex you, which really was a challenge to me in the last fight.”

When asked about why he seems to be continually paired with fighters from the North Caucuses, Wade said: “I kinda asked a question to the UFC, why that kept being the occurrence, and I just kinda got a feeling that they were trying to test my strength, which is my grappling, because [Dagestani/Chechen fighters are] strong grapplers.”

This contest is going to be a gritty war of attrition between two men who have high-level grappling skills and are more than happy to throw caution to the wind with their striking when drawn into a brawl.