One to Watch: Dennis Bermudez vs. Tatsuya Kawajiri 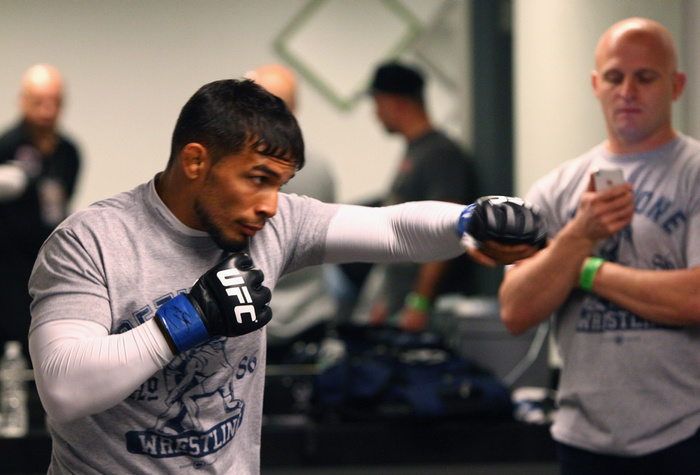 Sunday night MMA shows are tough for us Europeans. It takes some true mettle to get through a UFC Pay-Per-View on a Saturday night/Sunday morning with the event climaxing at around 6am. But, to do that on a Sunday night with a Monday morning at work looming? It takes a good card to even consider staying up to watch that show.

Cerrone’s quick return to the Octagon—following his December loss to UFC lightweight champion incumbent Rafael Dos Anjos—is undoubtedly the main attraction to this fight card. But, there are a plethora of interesting viewing options further down the running order. Two top 15 UFC middleweights face off in Derek Brunson and Roan Carneiro in a fight which will have implications on the division’s positional landscape. Another great fight sees Team Alpha Male product Cody Garbrandt take on gifted Brazilian grappler Augusto Mendes, in place for the dengue fever-suffering John Lineker.

As good as the above fights are, the one match-up which has the real potential to steal the show on Sunday night is the fight between former Ultimate Fighter finalist Dennis Bermudez and Japanese stalwart Tatsuya Kawajiri.

Despite coming up short in the final of his season of The Ultimate Fighter against Diego Brandao, Bermudez has impressed many with his uncompromising style in the Octagon. After that aforementioned loss, “The Menace” compiled a dazzling winning streak of seven within the UFC—a run which includes victories over big featherweight names in Clay Guida and Max Holloway, the latter in a controversial split decision.

Mixing up his aggressive striking arsenal with his NCAA Division 1 calibre wrestling skills, Bermudez is an imposing pressure fighter despite his 5-feet-6-inches—and that style produced success in his two year-run which saw many clamour for his shot at Aldo’s title. However, that run came to an abrupt halt at UFC 180 when The Menace succumbed to the guillotine choke of former title challenger Ricardo Lamas in Mexico City.

With his featherweight title shot out of view following the loss to Lamas, Bermudez’s woes were further compounded at UFC 189 in July 2015. It looked like Bermudez was having the better of his opponent Jeremy Stephens up until the third round, with the Iowa native Stephens looking visibly frustrated in the cage. Down two rounds going into the third, Stephens—who missed weight prior to the fight—unleashed a hellacious flying knee born out of frustration and caught Bermudez, before finishing the fight with punches on the ground.

In the space of eight months, Long Island, NY’s Bermudez went from future featherweight title contender to being in a position where he may have to win his next fight to remain on the UFC roster in the current trend of the promotion’s cut-throat approach to maintaining its pool of fighters.

Slated to fight Maximo Blanco at UFC Fight Night 81 back in January, Bermudez had to delay his chance at resurrecting his UFC career by a month following an injury sustained in December. Instead of the Venezuelan Blanco, Tatsuya Kawajiri is the man Bermudez will hope to overcome and return to winning ways. 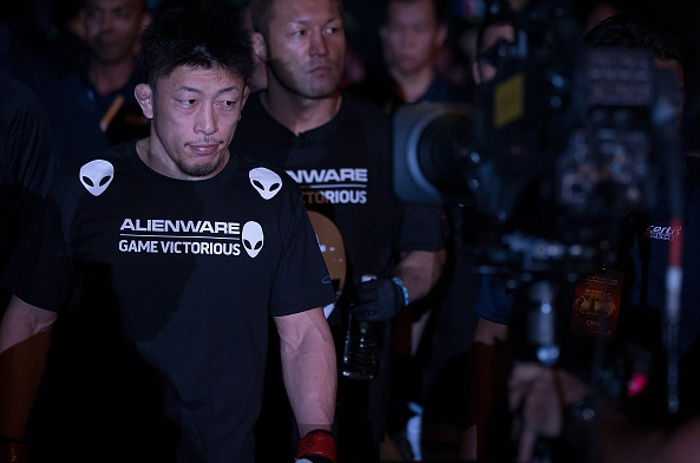 The fight may look like a good chance for Bermudez to return to previous form on paper. But, the wily Japanese veteran in Kawajiri is a tough fight for anyone at his weight – just ask Dennis Siver and Josh Thomson.

Possessing an unorthodox striking style, a dangerous ground game and an efficiency in movement, Kawajiri has the smart, well-rounded MMA arsenal you’d expect of a man who has been competing at the highest level of mixed martial arts around the world for well over a decade.

Kawajiri may well be an underdog going into this fight against Bermudez, but the “Crusher” is riding a two-fight win streak in the UFC with victories over Siver and Jason Knight.

The Crusher’s combination of experience and awkwardness on the feet often proves to be a difficult puzzle for his opponents to solve. Kawajiri’s ground game is clearly his strongest weapon, but does he have the wrestling ability to take down the man who possesses one of the most impressive defensive wrestling skillsets in the featherweight division? Time will tell.

The aforementioned experience of Kawajiri could really turn his 3-1 underdog status on its head. Bermudez’s incessant pressure has started to backfire on him, with The Menace often leaving himself exposed when rushing in to attack his foe. Bermudez’s pressure game is impressive, but his striking defence leaves a lot to be desired—a man of Kawajiri’s knowledge will know to exploit such obvious flaws.

This fight has many layers. It’s extremely important for both Bermudez’s career and the featherweight division as a whole. At the time of writing, Bermudez remains ranked at number 8 in the world at 145lbs, while the veteran Kawajiri comes in at 12th. The fight looks like it’s been designed to help ease Bermudez back into winning ways, but Kawajiri is more than capable of causing the upset and emerge as a top 10 featherweight from the gatekeeper position he presently finds himself occupying.

This fight is just one of many reasons why I’ll be braving the early hours of Monday morning and catching UFC Fight Night 82 live.

Cowboy vs Cowboy and the Heavy Hitters of UFC on Fox