One to Watch: Joe Duffy vs. Mitch Clarke 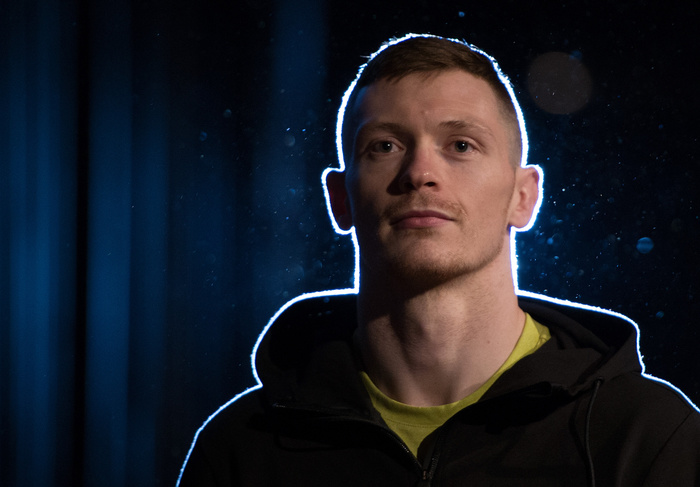 The UFC’s now-annual International Fight Week is inarguably the most exciting time to be a fan of mixed martial arts.

This year is a little different. MMA’s premier promotion is putting a lot of eggs into this basket of top tier fights—spread across three UFC shows from Thursday to the grand finale of UFC 200 on Saturday night.

International Fight Week is starting in some style with UFC Fight Night: Dos Anjos vs. Alvarez (otherwise known as UFC Fight Night 90), which kicks off the run of three events on Thursday night. This event marks the second ever North American UFC show to be broadcast on UFC Fight Pass in its entirety and the first ever to showcase a UFC title fight.

The event will see Brazilian lightweight champion Rafael dos Anjos defend his crown against former Bellator champion Eddie Alvarez in a matchup which creates plenty of intrigue—intrigue that will no-doubt be matched in the fight itself. This bout is complimented by the sure-fire heavyweight barnburner between Roy Nelson and the ever-entertaining Derrick Lewis.

Lower down on the main portion of the fight card, the bout between “Irish” Joe Duffy and Mitch “Danger Zone” Clarke certainly catches the eye as a worthy contender for Fight of the Night honors.

Duffy is looking to get his UFC career back on track having fallen short against surging lightweight Dustin Poirier at UFC 195, losing a lopsided decision in his first true step up in competition during his UFC tenure. Meanwhile, Mitch Clarke returns to the Octagon for the first time in 15 months after a long layoff through injury.

Clarke’s last appearance in the cage was at UFC Fight Night: Mendes vs. Lamas in April 2015, where he lost a unanimous decision with scores of 26-29, 26-29 and 28-29 to Michael Chiesa—scores which are indicative of how the Canadian was dominated by his American opponent. Chiesa showcased his superior grappling credentials throughout the fight, dominating his foe with some impressive control on the ground, though he couldn’t find the finish against the gritty Clarke 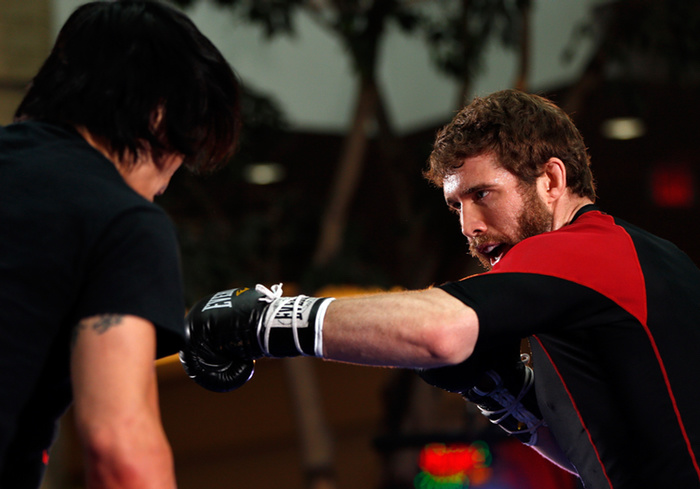 Saskatoon, Saskatchewan, native Clarke—the first ever contracted UFC fighter to hail from the Canadian province—missed out on a chance at fighting in his hometown last year through a gruesome freak injury. Clarke was undergoing acupuncture when one of the needles broke as it entered his arm. As the muscles in his arm were having a spasm, the needle was sucked into his body and he had to go to the emergency room to have it removed. This accident led to Clarke temporarily losing the feeling in his hand before undergoing rehabilitation.

Once a member of Glendale, Arizona’s, famed gym the MMA Lab—training alongside the likes of Benson Henderson under the guidance of John Crouch—Danger Zone has switched things up since his injury and is now training at the Jackson-Wink gym in Albuquerque, New Mexico.

Talking to BloodyElbow, Clarke said of his change in camps: "I kind of needed to change things up personally in terms of I needed to be a little bit more selfish and get a little bit more personal attention. They have such a staff at Jackson-Wink. I talked to a couple of coaches and they said come on down. It's the damaged received rate. Their big thing is preventing over training so the big focus was just getting the best out of me we could.

“The focus of what to do wasn't there,” said Clarke. “The coaching staff at the time was like ‘just go out there and go fight. You're the better fighter.' I whole heartedly believed that but I didn't have like a set game plan of what I was going to do. I think that led to that chaos and led to him getting on my back so easily. In between the second and third they were like ‘hey, we need to go out and go finish him. Finish him with your hands'. I hurt him a couple of times and moved a lot. I was being aggressive and doing what I was needed to do. Unfortunately, I couldn't put him away."

Duffy has also moved gyms of late, making his new home the famed Tristar Gym in Montreal, Quebec. 2-1 in the UFC, the one-time conqueror of fellow countryman Conor McGregor lost his first UFC bout against Poirier back in early January. Despite having better of the exchanges in the first round on the feet, Duffy had no answer for Poirier’s wrestling-based attack and he ultimately lost the decision with a flaw of his MMA repertoire totally exposed to the world.

Defeats can make or break an MMA career. You either ignore the problems you encountered or you learn from your mistakes and grow. Duffy is of the latter ilk and has stepped up his grappling training in light of his last fight—not a bad move considering Clarke’s penchant for taking the fight down to the mat and either attacking with submissions (seven of his 11 wins have come via submission) or grinding out a decision.

Speaking to British newspaper The Independent, Duffy said: "I took a few things away from that fight and noticeably my takedown defence wasn't up to par and I feel it was better than what I showed. I've been working a lot on my ground game and my striking but I'm always trying to improve everything. I would definitely say my wrestling and my ground has definitely been my main improvements."

Duffy has impressed with his striking abilities since becoming a prominent member of the UFC’s lightweight roster. But, his advanced submission stylings have become somewhat overlooked as a consequence. Clarke, however, is all too familiar with the skills Duffy will be bringing to the Octagon on Thursday night: "You can't go in there and expect to like smash through his grappling because he's a kickboxer. He's a good grappler too. He's got good boxing, he moves well and he's confident. The big thing is being as smart as possible... It's about putting it all together and being the best me I can."

This fight is fascinating on paper and I would be shocked if it didn’t deliver on its early promise. Not only is this a styles clash, but there is some significant narrative attached to both men. Will Duffy show new wrinkles to his game after suffering a disappointing loss? Can Clarke bounce back from his horrific injury and maintain his place on the UFC roster? These questions will be answered on Thursday night.