One to Watch: Sean Strickland vs Tom Breese 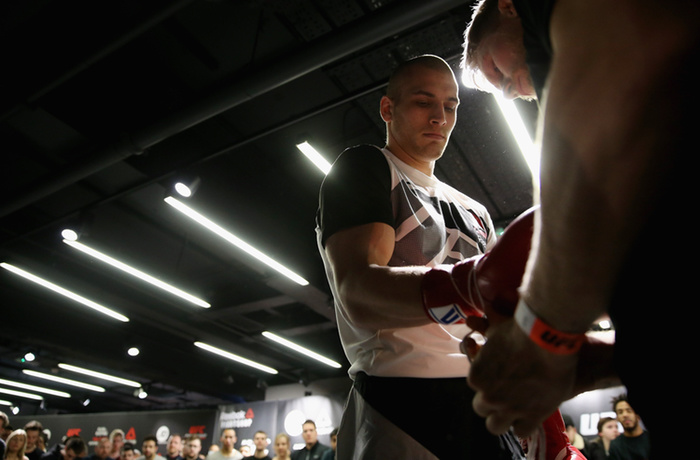 With the long-awaited behemoth that is UFC 200 looming, it would be easy to assume that the event before that, UFC 199, is a pay-per-view that will be overlooked by the UFC in a card-quality sense. However, that simply isn’t the case.

Taking place at The Forum in Inglewood, California, UFC 199 will see two of the organization’s prestigious belts put on the line as Michael Bisping finally gets his shot at earning the UFC middleweight title that has eluded his career against old adversary Luke Rockhold, while Dominick Cruz defends his bantamweight championship against long-hated rival Urijah Faber.

This quality of fights is replicated throughout the card with featherweight prodigy Max Holloway facing off against former 145lbs contender Ricardo Lamas, as well as an interesting middleweight tilt between veterans Dan Henderson and Hector Lombard—who makes his return to the 185lbs weight limit.

However, we turn our focus to UFC 199’s UFC Fight Pass “headliner” which features the UFC’s most promising welterweight prospects in Sean “Tarzan” Strickland and Tom “The Octopus” Breese.

California native Strickland boasts an impressive record of 17-1, while Brummie upstart Breese holds a perfect 10-0 record and his impressed in his brief three-fight run in the UFC since making the move to the famed Tristar Gym in Montreal, Canada.

Breese’s last outing was in February when the UFC returned to London’s O2 Arena. Following his run of consecutive first-round TKO victories over Luis Dutra Jr. and Cathal Pendred, many expected Breese to breeze (apologies) through 40-fight Japanese veteran Keita Nakamura. He didn’t dominate, but The Octopus emerged the victor, earning a relatively comfortable decision victory.

Said win was met with much chagrin from Breese himself and the fans, who had put a lot of stock into England’s most promising prospect—exemplifying the naivety of fight fans who blindly buy into hype, not noting the clear discrepancy in experience between the two men. But, there is so much more insight to gain when you see a fighter get put in difficult positions and Nakamura didn’t disappoint in that regard. Breese passed the test comfortably and proved he wasn’t simply a flat-track bully who can knock out opponents who defend punches with their chin rather than a respectable guard—a la Pendred. You can put a lot more stock in victory over a wily veteran such as Nakamura than you can with Breese’s two previous wins.

After initially beating himself up for his performance in his post-fight interview, it would appear Breese has come to the realisation that his Nakamura win was perfect for the development of his fledgling career. Speaking to The Mirror’s Jim Edwards, Breese said: "I think I should have just let it go a bit more. I was looking for the perfect shots and rather just get in there and let it go I kinda went in there trying to protect my record and protect my reputation. I learned so much from that and now my mindset is to just get in there and go all out attack.

“It was absolutely a good experience to go through. Everything that happens to us in this sport you got to take the positives and grow from it to become a better mixed martial artist in the long run. Getting in there in such a great arena and against such an experienced opponent in Nakamura was all good for me." 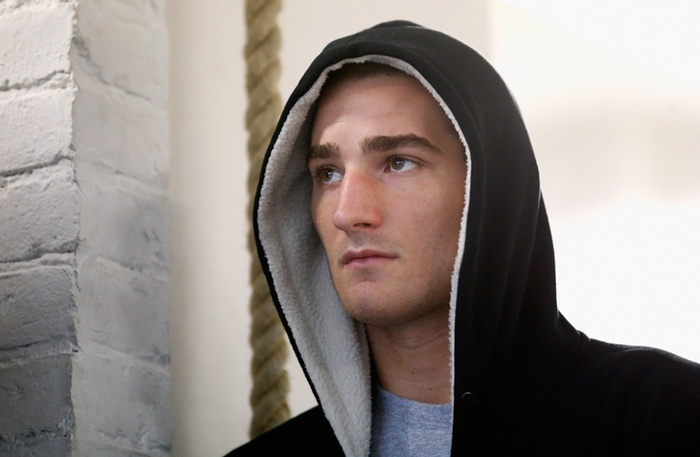 Like Breese, Strickland is reflective of the lessons passed to him through fighting. Unlike his upcoming opponent, Strickland has endured the experience of being handed the gutting UFC loss which cost him his unblemished record against wild Argentine Santiago Ponzinibbio.

Strickland entered the UFC as the youthful King of the Cage middleweight champion and was victorious in his first two outings in the MMA’s top promotion—submitting TUF alumni Bubba McDaniel and earning a controversial split decision victory over lanky Englishman Luke Barnatt.

Straining under the pressure of having an impressive, unbeaten record—some of which was self-imposed – Strickland was admittedly not himself when he squared off against Ponzinibbio. He spoke candidly to the UFC about his weary mental wellbeing when he made his welterweight debut against Ponzinibbio in Porto Alegre, Brazil.

With a reflective mindset beyond his years, Strickland believes earning his first loss was the best thing that could have happened to his budding MMA career—typified in his unanimous decision victory over veteran Brazilian Igor Araujo and a TKO win over Alex Garcia following his loss to Ponzinibbio.

“After I got that loss out of the way, it feels better going into a fight, going in knowing that it doesn’t really matter if I lose now. I used to think, ‘I’ll get kicked out of the UFC if I lose’ and this and that, but now, I’ve been training for over 10 years now and it matured me to the point where I’ve embraced winning and losing and whatever might come from it. It helps me out when it comes time to perform.”

With both men showing maturity in their reflection, there are further similarities which make this fight the fascinating must-see it truly is.

Aged 24 and 25 respectively, Breese and Strickland are both long, rangy welterweights who have utilised their size advantages against smaller opponents, as well as showing off crisp striking complimented with good wrestling and grappling fundamentals. The size advantage is now out of the window so we will see how their skillsets compare. Their similar records are a good indicator of their potential as they attempt to rise up the UFC rankings and they even look the same, sporting shaved heads.

I can’t say I’m personally the biggest fan of the thought of matching two highly-touted prospects up against each other at such early stages of their respective careers. But, it’s such a rarity—in both MMA and boxing—that it makes for must-see TV. This match-up makes sense and could well prove to be the making of either victor.