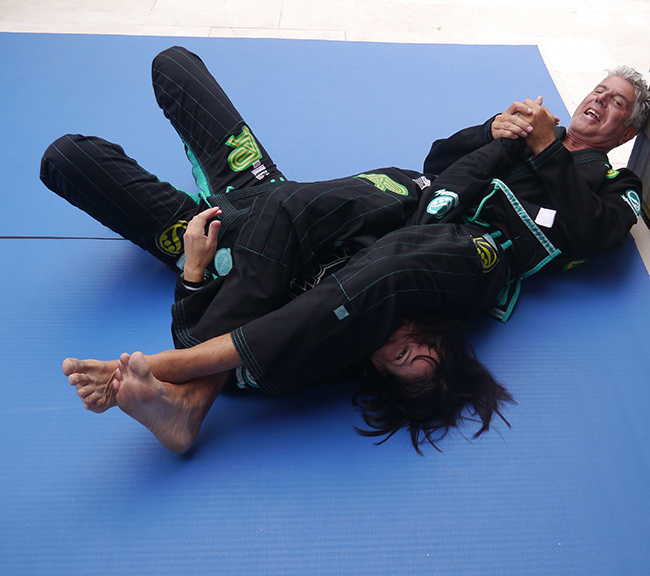 PROJECT OUTLINE
Can a lazy, clumsy, rapidly aging male with no apparent interest in physical fitness transform into a motivated practitioner of Brazilian jiu-jitsu? 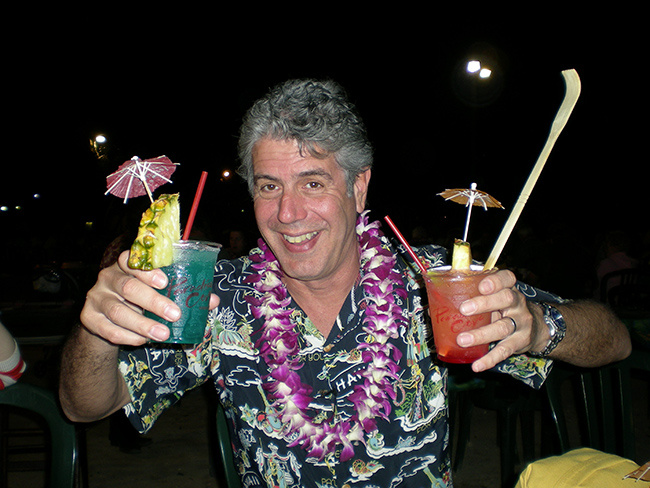 Subject is a 57-year-old male. 6’ 4’’ tall, 200 pounds.  Though he claims to be a non-smoker, he smoked heavily for 38 years and is subject to frequent relapses both confirmed and unacknowledged. He is a former user of recreational drugs, including heroin, cocaine, methaqualone, methadone, diazepam, synthetic opiates, LSD, and marijuana. He remains an intermittent drinker of alcohol and is known to enjoy a calorie-dense diet including various street foods of indeterminate provenance and wholesomeness. He displays alarmingly poor cardiovascular endurance and limited respiratory function.

Subject is known to have attempted exercise in a controlled environment on one occasion in 2007, but gave up after a half hour, claiming an overwhelming urge to vomit.

Since that time, occasional expressions of a desire to exercise, usually in response to medical advice, have resulted in prolonged viewings of the television channel Cartoon Network on the couch, often accompanied by breakfast cereal or cheese.

Will be referred to as SUBJECT X in study to follow. 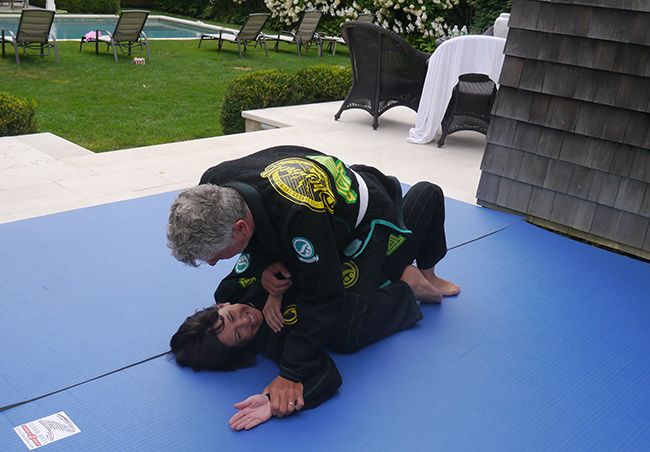 Though SUBJECT X was surrounded by jiu-jitsu practitioners, he expressed no interest in stepping on the mats himself. He appeared, at all times, oblivious to both the physical benefits as well as the self-defense applications of the sport. He expressed concern about the possibility of dying from myocardial infarction should he attempt anything resembling a workout. This was, admittedly, not an unreasonable concern given subject’s general state of decrepitude.

Two factors appear to have inspired a change in attitude:

1)  SUBJECT X’s female child, age 6, began to train regularly in Brazilian jiu-jitsu, exhibiting great proficiency and quickly earning her first stripe. Subject was seen to display symptoms of what appeared to be envy.

2)  SUBJECT X agreed to take part in one training session in return for numerous dosages of synthetic opiates, drugs he insisted would be much needed for legitimate purposes to alleviate pain and soreness following any session.

To the surprise of observers, SUBJECT X survived his first session.

He required numerous breaks, gasping for air with alarming urgency and displaying what appeared to witnesses to be symptoms of imminent death, but he persisted, clearly interested enough to survive the experience.

SUBJECT X seemed quite satisfied with his accomplishment. He may or may not have required assistance rising from the toilet the following day when the lactic acid kicked in, but he seemed, surprisingly, pleased with himself.

Shortly after, he was witnessed covertly attempting what might have been a push-up, though he denied this to Interviewer. 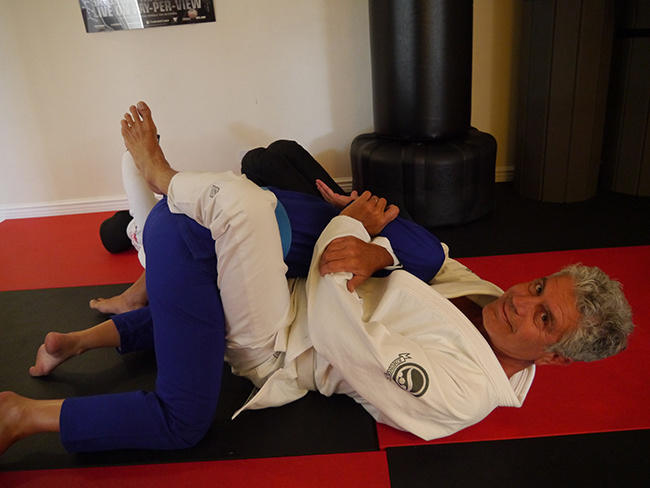 Considering SUBJECT X’s initial reluctance, and his pitiable condition following the initial training session, it was a surprise when he expressed a desire to repeat the experience.

Even more surprising, he made no suggestions of recompense in the form of medication at the time of this request. After completing his second session, he requested a third and then a fourth and, it must be admitted, exhibited somewhat better stamina and conditioning in each subsequent session. While frequent breaks were still required, SUBJECT X no longer gasped for air with the same intensity as during the first session. His coloration did not resemble that of a dying trout. Afterwards, SUBJECT X was capable of limited movement and was able to perform his ablutions without assistance.

SUBJECT X was, in fact, exceedingly proud of his newfound knowledge of basic jiu-jitsu moves and was soon subjecting friends, family, and any unfortunates who wandered into his orbit to extensive discourse on the subject. During televised MMA fights, he provided unceasing and usually painfully uninformed color commentary on the ground action, a dazzling display of expertise that existed, unfortunately, only in his own mind.

This unintended side effect of the study was not anticipated by the study group.

SUBJECT X also appeared bizarrely obsessed with kimuras and exhibited signs of extreme excitement, bordering on arousal, every time a fighter attempted one. 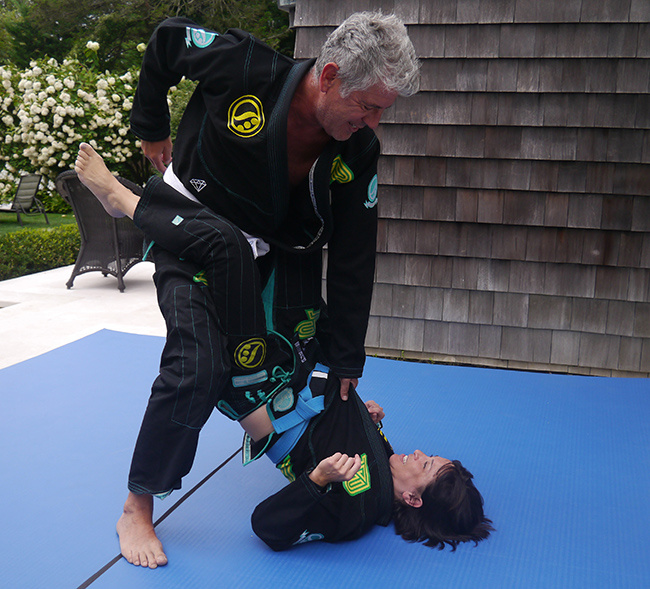 SUBJECT X seemed eager to test his newfound skills in a sparring situation, eventually challenging his wife, a blue belt, to pass his guard.  Though his wife is 60 pounds lighter and nine inches shorter, she agreed. Under a burning Long Island sun, she was able to stand up, open his guard, pass it, and gain side control in only 10 seconds.  SUBJECT X’s protestations of “cheating” were deemed unfounded by witnesses, a conclusion supported by extant photographs and video footage.

SUBJECT X then attempted to pass his wife’s closed guard. In what might have been a desperate and incompetent attempt at an Americana arm lock, he collapsed on his wife’s injured shoulder while locked inside her guard, bringing all two hundred pounds of his untrained and uncoordinated weight to bear directly on the shoulder affected by a SLAP tear 4, causing her to incur much pain and suffering--an event that will no doubt feature heavily in any subsequent legal actions. Session ended quickly and communication between SUBJECT X and wife ceased for some time.

Study was put on hiatus. 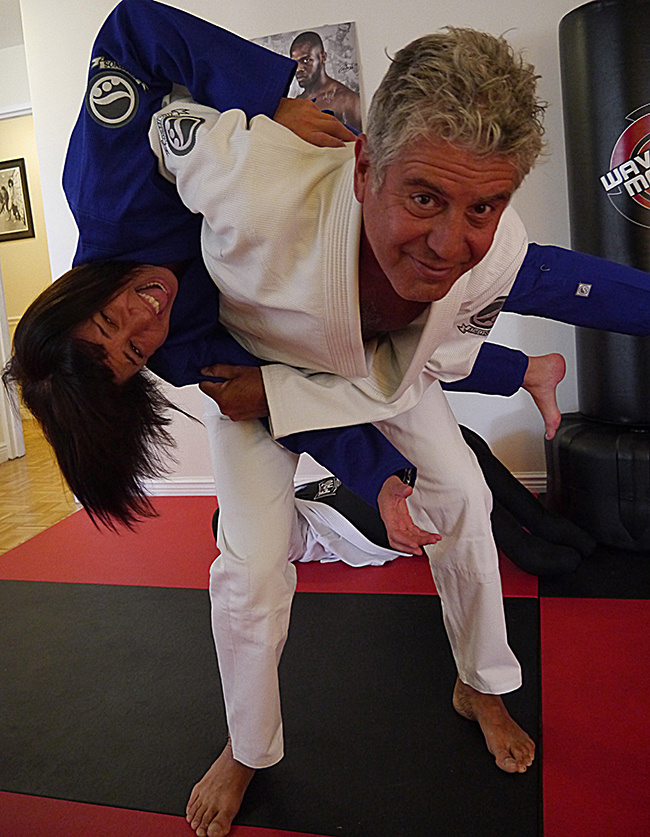 After a decent interval in which both parties engaged in extensive discussions over ground rules, SUBJECT X’s wife agreed to go back to the mats. This time, it was agreed, in front of witnesses, that it would be better and wiser for all concerned if the wife confined her activities to teaching, and for SUBJECT X to refrain from testing his “skills.”

The first order of business was for SUBJECT X to learn how to tie his belt.  Previously, his wife had had to do this.  After repeated attempts, SUBJECT X managed, finally, to accomplish this task with some efficiency.

SUBJECT X’s wife then took him through some basic warm-up exercises. 10 jumping jacks and he was breathing heavily. Five squats and he was complaining of discomfort in the gluteus maximus region. During various stretches, he made groaning noises at a volume that alarmed the neighbors. The comment “Sounds like somebody’s trying to shit out a pineapple” was heard from the other side of the hedgerow.

SUBJECT X was, however, capable of doing 10 pushups in good order, to the amazement and applause of witnesses.

SUBJECT X quickly picked up double-leg takedowns and hip throws, which he had practiced previously at the academy.  Realizing, to his delight, that he was actually pretty good at something, he started throwing around his much lighter wife with a reckless and potentially dangerous fervor, causing his wife/instructor to suggest moving to ground work.

SUBJECT X insisted on practicing his favorite move, the Americana. His wife left her arm out for him to take, but he still went at it like a hungry dog lunging for a bone. SUBJECT X’s murderous delight in actually executing a jiu-jitsu move with some accuracy was disconcerting. His eyes glazed and appeared to fill with blood as he brutally slid his elbow across her ear, pinned her wrist to the mat as he’d been shown, correctly applying the monkey grip, and slipped his other arm under and over with a speed and ferocity heretofore thought impossible for such a decaying specimen. Utterly lacking in smoothness or restraint, he then moved her arm down and cranked with a sudden, jerking motion that appeared to be an attempt to dismember her.

It was only a quick mount reversal by the beleaguered and infuriated wife, followed immediately by an Ezekiel choke, giving SUBJECT X just enough time to tap out before his oxygen starved brain shut down, that saved the day.

The lesson was then brought to a close, as SUBJECT X crawled off to recuperate under a nearby table. 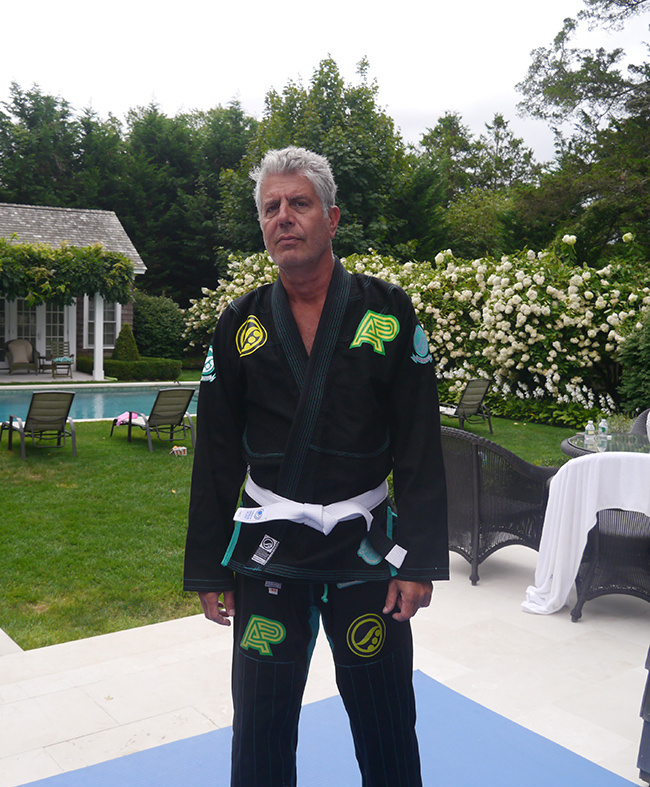 SUBJECT X has improved his skills and endurance admirably, particularly given his medical history, appalling condition, advanced age, and dubious mental faculties after a lifetime of abuse. Like many novice students of jiu-jitsu, he is prone to jerky, un-practiced moves that might well lead to injury for him and for anyone foolish enough to spar with him. He remains clumsy, undisciplined, and out of touch with his strengths, weaknesses, and weight, and he appears to be instinctively unable to resist “cranking” and even “double cranking” during practice and drilling of basic techniques.

He is, in short, a danger to both himself and others.

That said, we're proud of him.

Ottavia Bourdain Gets Lost in Tokyo