Out and Proud: An Interview with Orlando Cruz, Boxing's First Openly Gay Man 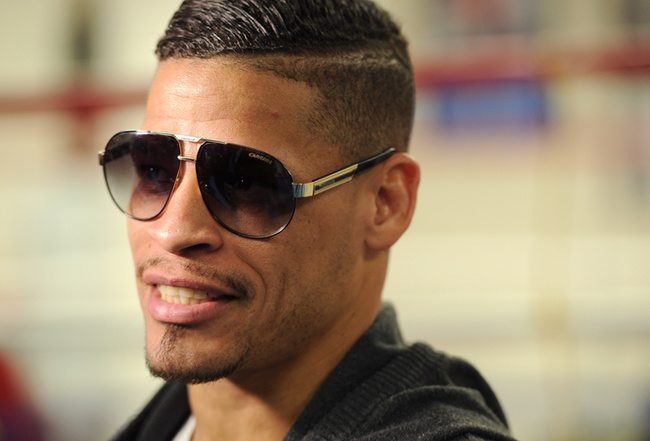 “I’m gay and proud!” With these words, two years ago, 33-year-old Puerto Rican boxer Orlando Cruz came out of the closet. The interview granted to USA Today took hold of international media, mobilizing not only the pugilistic medium, but society itself.

His abilities allowed him to represent his country in the 2000 Olympic Games and to fight for the world featherweight title. Cruz gets support from known personalities such as the singer Ricky Martin and the actress Sonia Braga, besides world boxing champs Miguel Cotto and Sergio “Maravilla” Martínez.

In this interview with VICE, he reveals what he’s gone through since coming out and what the atmosphere is like for homosexuals in the world of sports, particularly in the noble art perceived as the manliest and most virile of all disciplines.

Fightland: What was your motivation, or motivations, to reveal your sexual orientation to the public?
Orlando Cruz: It took me about 12 years, I felt a lot of fear due to society and the nature of my sport—running the risk of being discriminated on account of my choice when I go to fight and they know that I am gay.

Once published, what was that moment like for you?
At first, when I talked to the press and on television I felt nervous and restless. And when it went to the public the Puerto Rican people accepted it. They gave me their support, their care and their love.

How do you reconcile your sexuality with a career in a sport that is considered so virile and masculine?
I reconcile it just fine just like any person who is a professional athlete. People respect me and I behave properly. I don’t mix my work with my private life. The sport is very macho, but they accept and support me.

So the world of boxing isn’t as masculinized as we expect?
Somewhat, but a lot has changed. We’re in the 21st century and society is a bit more open around the world. In the United States they’re allowing same-sex marriage. People are more aware of what is homosexuality. 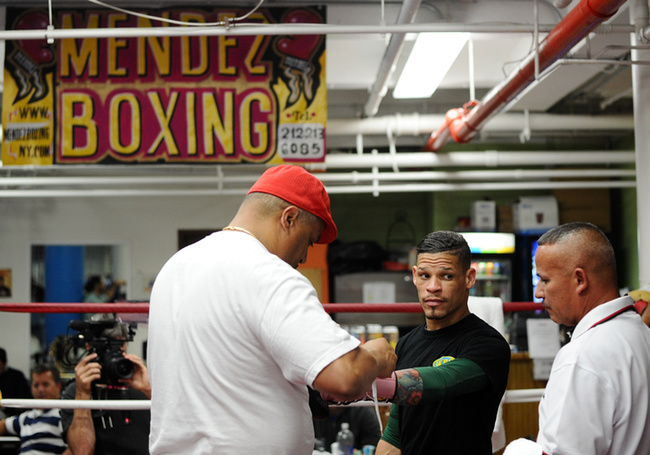 Have you ever suffered any retaliation for having revealed yourself to the public?
Never (pause)…Sometimes a comment from some stupid, ignorant and ridiculous person! But many people support me and give me their human warmth.

How do you see homosexuality in sports? Are there others speaking of their orientation publically after you came out?
Many people saw me giving interviews to the press and on television—I’m an example, I have no problem talking about my homosexuality, so they identify with me and I was an advance for this struggle and a key to their happiness.

Has your relationship with other fighters changed?
Nothing has changed, I still get a lot of respect from my rivals, sponsors, from Puerto Rican society and the entire world.

Do you think there is a difference between box and team sports?
Yes, because there are gay people in basketball and volleyball, but in box it’s rare for there to be a gay man. It’s a very rough sport that has a lot of machismo, and because of this I practically broke every stereotype.

On October 12th of 2013, when you fought for the featherweight title belt against Mexican Orlando Salido, he said he didn’t care about your sexuality.
He was a gentleman and very respectful. He didn’t defame me, he didn’t speak badly of me, didn’t make fun of me, didn’t humiliate me. He said he’s a boxer and that he would do his job. He respects my personal life, but that doesn’t make it into the ring.

And you walked out in rainbow clothes? What can you say about them?
Really, the clothes weren’t supposed to be those. There were a lot of comments from my people and about the clothes, but the people understood and gave me their support.

Was there any merchandising or marketing made from your sexual orientation?
No one does that. They support me and now our friendships are more open.

In the past, there was the American bisexual boxer, Emile Griffith, who was heavily discriminated against and ended up laying a brutal knockout over Benny Kid Paret in their 1962 bout, after which Griffith’s rival dropped to the floor unconscious and later died from the strike. Griffith said that the public forgave him for that, but not for his sexual life. Are you apprehensive that something like this could happen to you?
No. In Griffith’s time, he didn’t say he was gay because then homosexuality practically didn’t exist and it wasn’t well-perceived, and being black he could’ve been killed, after all they were hunted and murdered. There were those who knew of his condition, but he preferred to stay quiet. We live in a different century in which homosexuality is more tolerable to society and people understand more about it than before.

American fighter Christy Martin—after her husband found out she had a female partner—was a victim of domestic violence. What do you think this shows the world about what goes on with the LGBT community?
The most important thing in a relationship—be that homosexual or heterosexual—is honesty. Trust comes when you speak the truth and you don’t live a double life. So I always tell the truth because in the long run it will always come out. If I’m gay or straight, the truth is told. Independent of sex there are many cases in which the other party finds out about some dishonesty and kills their partner. There’s a lot of violence because of this. You must always tell the truth!

This story was originally written in Portugese.