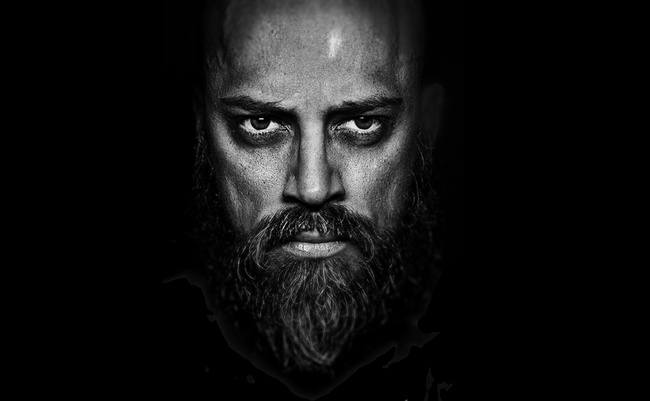 When I read a book, I’m all about the first page. Sometimes the first sentence. If a writer can’t bring it with that opening shot, I’ve learned, it’s probably not going to happen. That’s why I was stoked when I cracked Mark Miller’s (former Glory kickboxer) new biography, Pain Don’t Hurt, and on the first page read an anecdote regarding his Catholic school playground. (My recap): Mark is five years old. The whole church gathered for a fundraiser type event, watching a helicopter rise to drop ping pong balls. Kids cheer. Parents wave at the student on board. Then the copter clips something. Careens forward, wobbling this way and that. Loses control and plummets into the crowd. The blade chops arms and heads. Screams ensue. Chaos. Mark survives.

Later, after giving her diabetic son a slice of luscious German chocolate cake, his mother tells him, “Sometimes bad things happen to good people. Life is very cruel and you just have to survive it any way possible.” 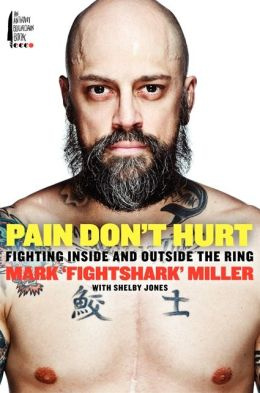 Mark grew up on the streets of Pittsburgh. His father was a violent drunk who played in the NBA. Mom tried to keep the peace. Mark found solace in a gym. Took to kickboxing. Trained for years. Fought. Moved to Thailand. Started losing his gas tank. Breathing hard just climbing stairs. Doctor told him, enough, you’ve got a congenital heart defect. Specific diagnosis: an enlarged ventricle. So he underwent open heart surgery. Which should have sidelined him. Forever. The hard-headed bastard refused. Underwent mythical tasks on the road to recovery. Battling not only his ravaged body, but also a crumbling marriage, drug and alcohol abuse. Miracle of miracle, he triumphed as the first to ever enter the ring after open heart surgery. And during the lead up to Glory 12 at Madison Square Garden, where he was scheduled to face John King, his body gave out— pneumonia led to kidney failure, and doctors discovered an aortic aneurysm, which meant another open heart surgery.
Fuck.
Me. 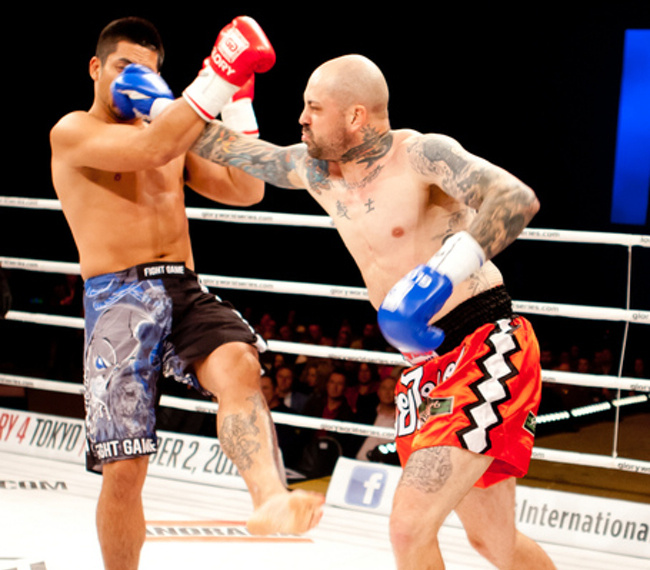 Anthony Bourdain, the famous chef (and jiu jitsu practitioner) owns the publishing unit who released Mark's biography. I asked him why he chose to feature Mark's story:
"I reached out to Mark after first, hearing about his story," he told me, "There was an effort among the BJJ and MMA communities to show support and my wife got me to record a short video message for twitter. When I looked further, I found Mark's truly excellent, well written blog. I was riveted. What Mark was writing about was fascinating. That he was able articulate it in such a compelling way inspired me to reach out in hopes I could convince him to write a book. He's an extraordinary person. And he and Shelby have come up with a book whose appeal, I think, goes far beyond martial arts."


I know Mark well. Love the guy. He’s humble, nice, quick with a smile. Makes you wonder how you’d hold up under the strain of such unrelenting health problems.

But those were just the warmups, because he still needs:

Until then, every other day he undergoes dialysis. Oh, and he wears a patch on his right eye, because for some reason the damn thing filled with blood. The saga seems never ending. But these brutal trials only serve to highlight Mark’s courage and resilience, and as with all great myths, provide the canvas for a fitting moral.

“If you are lucky, you’ll fail enough to love your success,” Mark writes, “The past is an anchor with suffering written on the rope. I don’t live there now. I am cutting myself free. And while I might not have everything figured out, I am slowly getting there, and I can say that I know who I am and I’m not perfect, but I am resilient… and I am a fighter, in every sense of the word. We all are.”

It’s a great book. Pick it up. And if you’re in Los Angeles tomorrow night (Wednesday, July 16, 2014) drop by Book Soup at 7pm for his book signing.

Sam Sheridan on the Fighter/Writer's Life