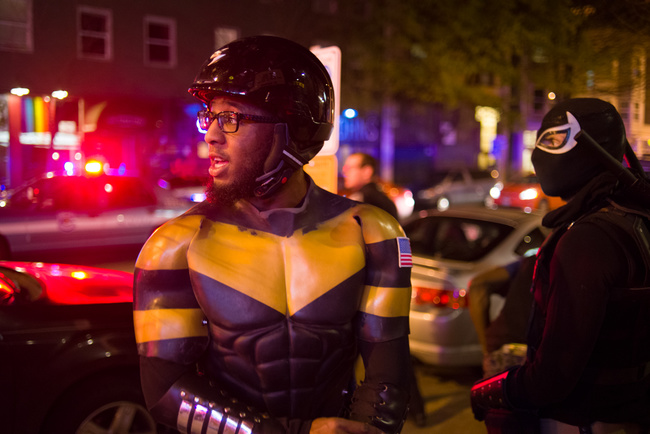 Ben Fodor, otherwise known as the Seattle superhero Phoenix Jones, will be making his second appearance onscreen tonight at the World Series of Fighting 23 at the Comerica Theatre in Phoenix, AZ. Readers might remember Fodor from a profile we did leading up to his WSOF debut back in April against Emmanuel Walo. Fodor lost a unanimous decision in what was a largely uneventful bout that saw most of the action on the ground. The Twitter battle the ensued afterward was entertaining, however. 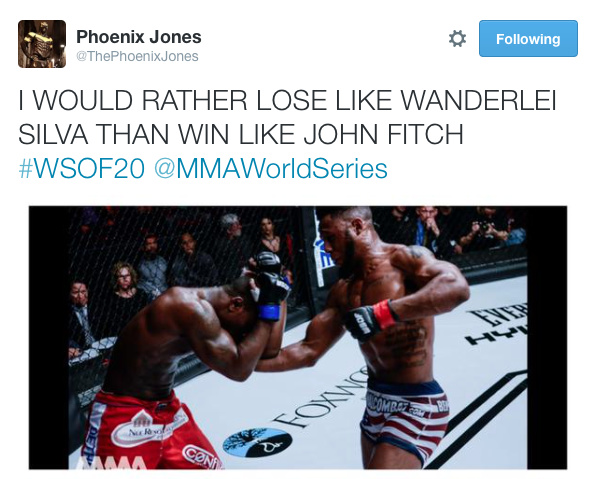 Tonight, Fodor faces Roberto Yong of Glendale, AZ. Yong holds a 2-2 record, and from the outset, the matchup appears as a guaranteed win for the masked crime-fighter as he’s brought a lot of attention for the WSOF since signing. Fodor, however, isn’t taking Yong lightly.

Though Yong has split his four fights in the cage, it is worth noting that both his victories came by knockout and he holds a solid background in boxing and kickboxing, another fact Fodor considers. 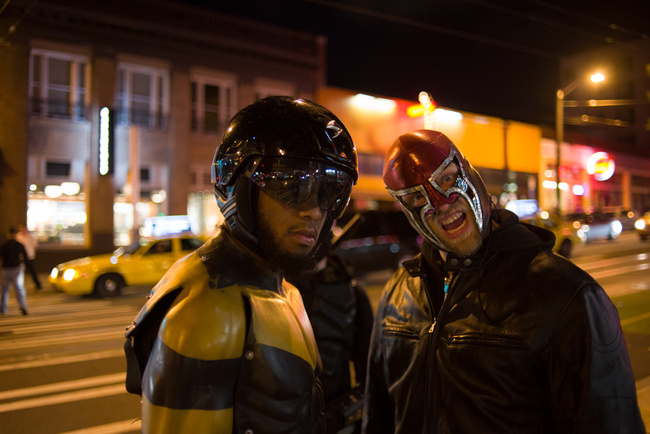 According to news outlets, Fodor is also still patrolling full-time as Phoenix Jones. Given the results of his last outing, it will be interesting to see if the demands of patrolling will have an affect on his performance in the ring, though Fodor has never claimed any part of his loss to Walo as a result of his work as Phoenix Jones.

"Emmanuel Walo was a bitch but, he had a great game plan. I think people give him less credit than he deserves, because he's a punk as a person, but he had a good fight strategy," said Fodor. Later in the same interview, he mentioned going after a rematch should he get past Yong tonight.

“Once I beat Roberto Yong I'm going to ask for that fight. Even if he says no now, when he's sitting in his house broke in six months because he sucks and his style's boring, he's going to think, 'Man, I wonder if Phoenix (still) wants that fight.' And he's right—I do! He'll come back, I'll find him."

Working his corner will be another Fightland favorite, Russel Tupper-Brown, a.k.a. “El Chango Blanco”, who doubles as a professional wrestler and holds a vast grappling experience with some of MMA’s top fighters. In essence, Yong will be facing a professional wrestling and superhero duo. Should be a fun night.

The WSOF 23 card headlines with a rematch between Justin Gaethije and Luis Palomino for the lightweight title, and an inaugural light heavyweight title match between David Branch and Teddy Holder. Joining Fodor and Yong on the undercard is Tito Jones taking on Timur Valiev, and LaRue Burley against Brian Foster. Action takes place tonight, September 18th at 10PM EST on NBCSN.

An Actual Superhero Is Fighting in WSOF next Month