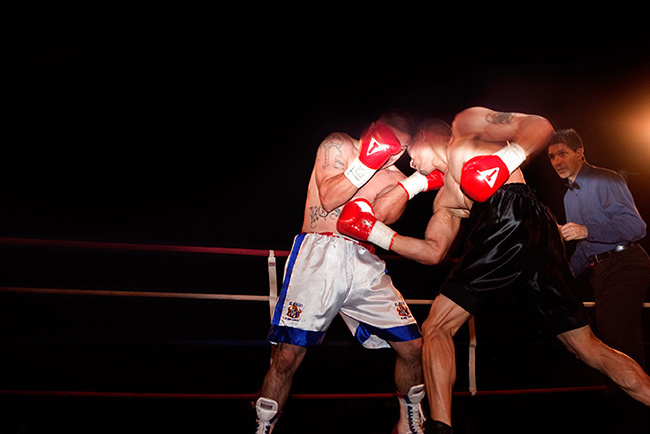 Margaret Licarione photographs boxing wherever it happens—in fights, in boxing gyms, on movie sets. Fightland asked Licarione to recall one of her most interesting fight photography experiences, and she told us about taking pictures in an unconventional setting.

Margaret Licarione: The most unique experience I had was photographing a boxing match that was held on a chilly October night in the parking lot of an Austin strip club. The night was something out of a Fellini film. 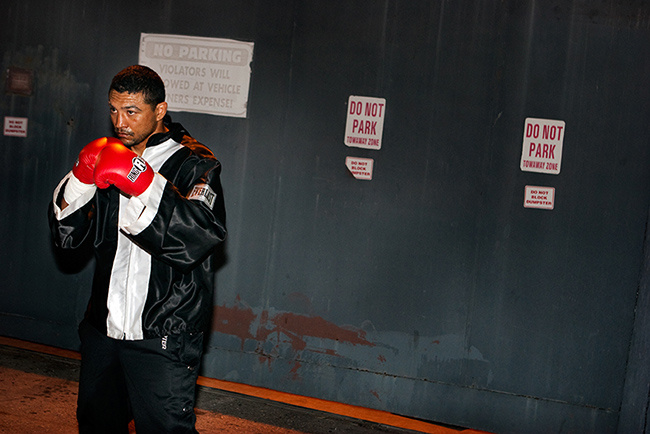 The crowd was a mixture of families (I was intrigued that adults brought children and babies to a strip club) attending the fight, strippers in bikini tops and leather chaps selling beer, and drunk guys trying to pick up the strippers. While I was standing in the parking lot, one stripper commented to me, "My butt is not cold. When I am in the club, my butt is always cold. It is cold outside but my butt is not cold.” 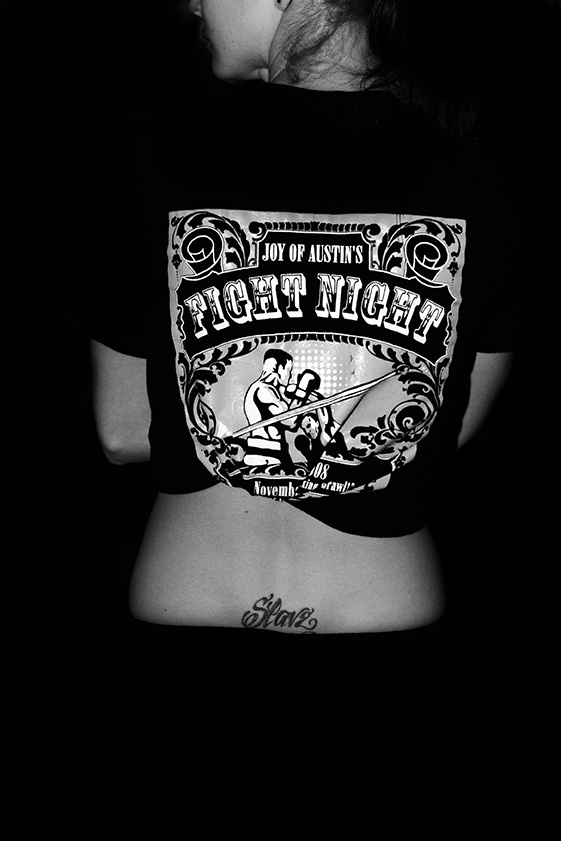 It was dark prior to the start of the first match; the ring was lit by two harsh spotlights placed in opposite corners directed to the inside of the ring. 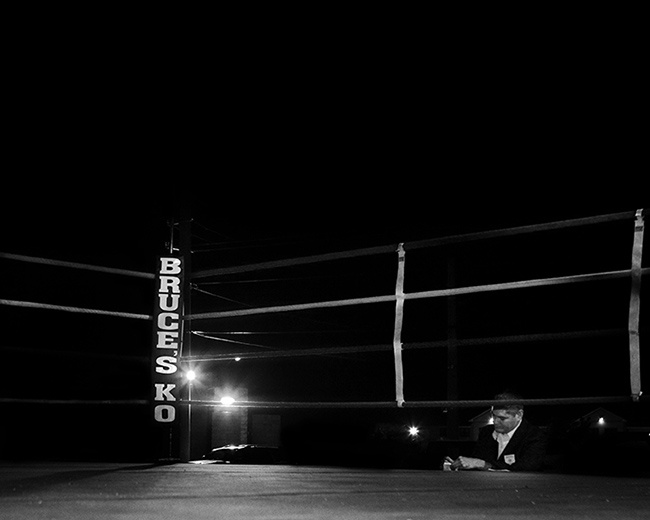 The spectators could see the fights but the lighting was lousy for photographers. In boxing the use of flash is prohibited because it's distracting to the boxers. I approached one of the boxing judges and asked permission to use a flash due to the poor lighting conditions. He gave me his approval, the fights began, and I started shooting. 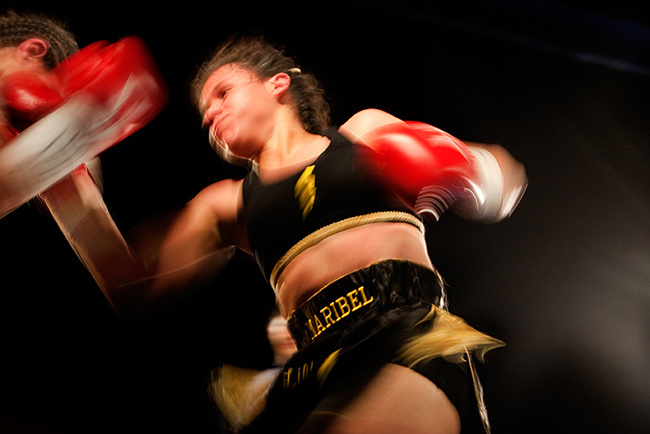 At the end of the first round of the first fight another boxing judge came running up to me screaming, “If you do not stop using flash I am going to throw you out of here!” I laughed to myself and thought, “You are going to throw me out of the parking lot of a strip club?” I stopped using the flash but I kept shooting. 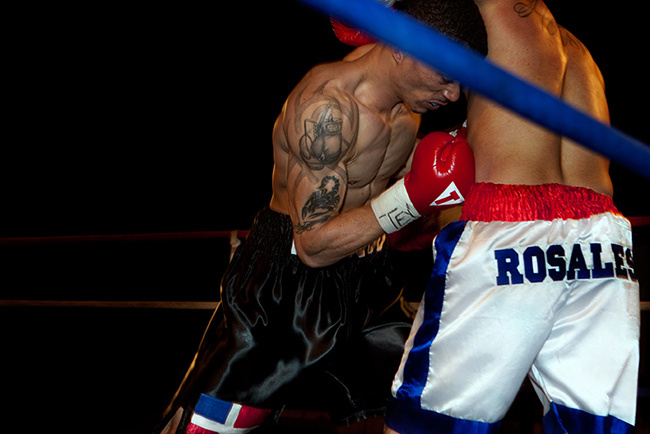 After the fights I went into the strip club to use the bathroom. In one of the stalls were two sets of feet facing each other; two people were getting to know each other. I walked out of the bathroom and had to step over several men laid out on the floor of the club, too drunk to move. 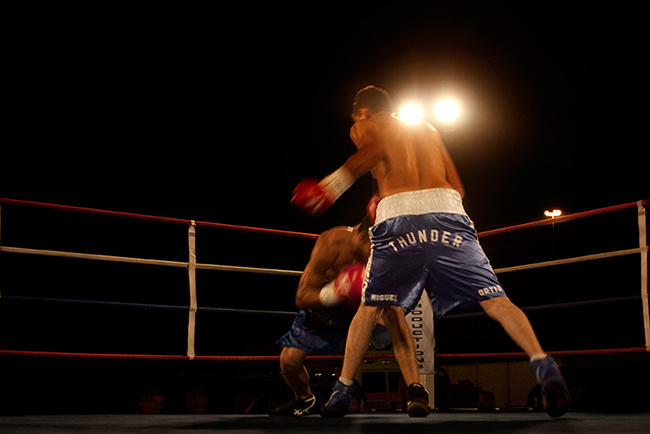 The club DJ announced that the next stripper to perform would be a six-foot dancer. Turns out it was actually a 5’4” dancer wearing six-inch stripper heels. As I headed toward the exit, with topless young women walking past me, one of the boxing judges approached me and asked, “Can I buy you a drink?” It was time for me to go home.

Tales of an MMA Lifer: Training in a Ghost Town