Pirates and Heroes: The Enduring Role of the Martial Artist 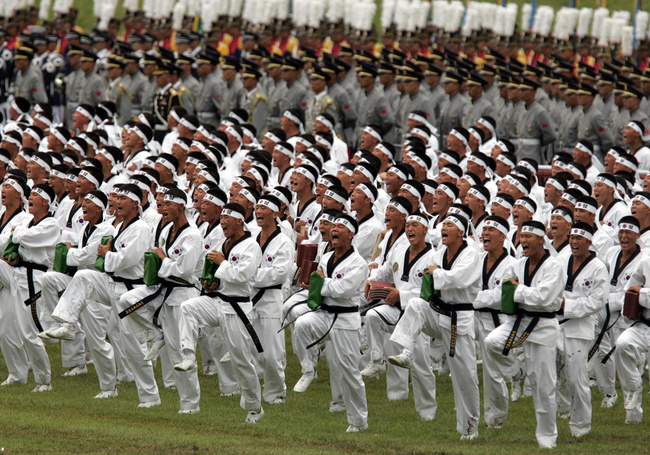 For more than 100 years, starting in the late 18th century and ending just before the fall of the Qing Dynasty, pirates ravaged the coast of southern China. Operating in and around Macao and Hong Kong and other coastal islands, the pirates are believed to have numbered in the tens of thousands at their peak. They stormed citadels, ransacked villages, carried off booty and defeated numerous attempts by the Imperial Navy to crush them.

The pirate scourge was eventually stamped out in the late 1800s, but by then the Imperial government was teetering, and southern Chinese villagers had already come to rely more on militias than on government troops. The militias were mostly rag tag bands of villagers with a few old spears, but according to the few contemporary sources available, some of the militias were led and trained by local martial artists. These kungfu heroes helped to form the core of southern Chinese martial arts as we know them today, not only through the organization of militias-turned-schools, but also through the creation of iconic characters that helped reinforce social values and communal bonds.

As heroes, they gave the following generations something to aspire to.

On the twenty ninth they returned to plunder Kan shin; they went into the river with small vessels, and the inhabitants opposing them, wounded two pirates, which all the pirates resented. They next came with large vessels, surrounded the village, and made preparations to mount the narrow passes. The inhabitants remained within the entrenchments, and dared not come forward.

The boxing-master, Wei tang chow, made a vigorous resistance, and killed about ten pirates. The pirates then began to withdraw, but Chang paou himself headed the battle, which lasted very long. The inhabitants were not strong enough. Wei tang was surrounded by the pirates; nevertheless his wife fought valiantly by his side. On seeing that they were surrounded and exhausted, the father [presumably Wei’s] rushed forward and killed some pirates.

The pirates then retired in opposite directions, in order to surround their opponents in such a manner that they might not escape, and could be killed without being able to make any resistance; and thus it happened, the wife of Wei tang being slain with the others.”

(For more on China’s pirate problems, check out this series, which also includes links and references to primary sources.) 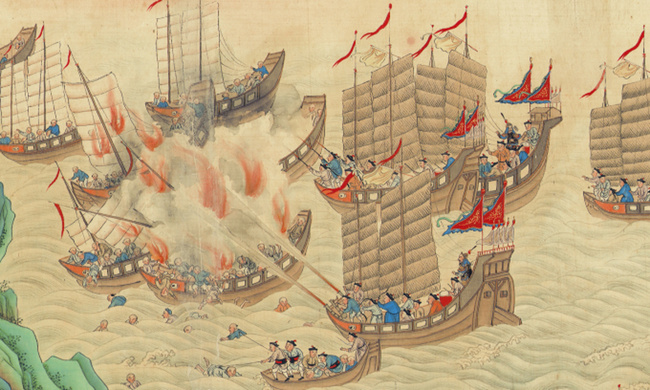 It’s not too far-fetched to say that modern Chinese martial arts rose out of the need for a martial populace at the turn of the 20th century. Sure, the Boxers were slaughtered and China eventually turned to tanks and machine guns to settle beefs like the rest of the world, but the kungfu stories we read today, and the icons students search for, originated to some degree in the villages of southern China and the violence they dealt with.

I don’t think the same can be said for mixed martial arts. There are no pirates menacing the US, and even if there were, MMA would be pretty useless against modern pirates. But that is what’s unique about martial arts in our time: it’s not easy to pinpoint a reason for the global surge in MMA practitioners, gyms, and fans. There are no threats that hand-to-hand combat can deal with that would lead to a worldwide rise in mixed martial artists, and entertainment as the sole reason just doesn’t make sense either.

I can’t answer the “why” question right now, and I’m not trying to here anyway.

There are millions of Americans practicing martial arts today; somewhere around 3 million children are training and competing in Pankration tournaments, and in a few years somewhere around 10% of the US population will have some level of MMA experience. That’s a phenomenal number. It’s also an incredible resource that could be used for the greater good of the community.

People who train and teach MMA are no different at their core than martial artists who rally villagers against pirates. Both display a level of courage, dedication, and skill that the untrained person doesn’t have. In a pitched battle, the villagers (us) would naturally rally around the martial artist (anybody currently competing in the UFC for example). 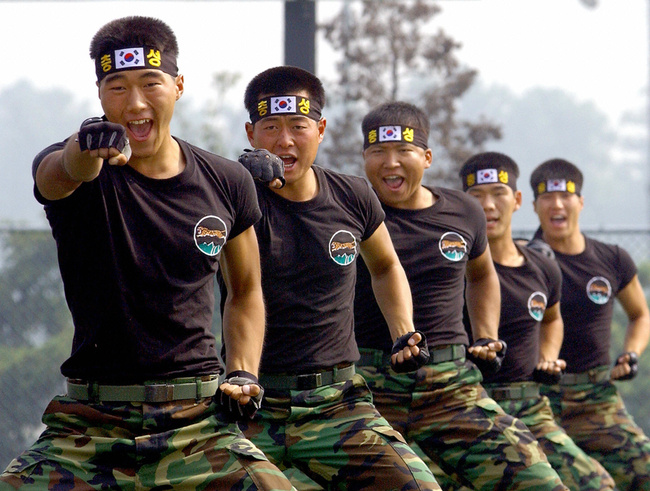 So what are all these millions of martial artists going to do with themselves? Open up more gyms? How many promotions can the US market sustain before even the coveted 18 - 34 year old demographic has had enough? At some point we’re going to risk having an overabundance of trained individuals with nothing to do.

Why not form MMA militias?

Suspend reality for a moment and imagine the US without guns. It’s easy, just think of any other Western country. Imagine communities policed by martial artists, a yeomanry of MMA practitioners, with staves and armlocks instead of guns and tasers. I bet your average BJJ blue belt would know when to lay off of a choke. And it isn’t just the idea of MMA bobbies running about catching criminals like Batman, it’s about the reinforcement of core social values. There is a lot of mistrust between the people and the police in the US right now, especially among the youth, the very same demographic that knows more about MMA than any other. Martial artists don’t have to just be fighters and belt-seekers, they can also be heroes, they can bridge the gap between the government and the people the way Chinese militias did more than a century ago.

Granted, the martial artists who led villagers against pirates in southern China usually died. But their exploits were recorded by people who traveled through the region a decade or more after the fact, and much of what the chroniclers learned came via reverent villagers who remembered not the battle or the outcome, but the values that the martial artist imparted upon them. Courage, loyalty, community. Asian martial tradition is filled with the lone martial hero and that tradition has its origin in real life men and women who fought chaos and depravity.

I don’t for a second really believe that the popularity of MMA could topple the NRA, various mafias, and the military-industrial complex. Rid our streets of guns? Shit. But the numbers don’t lie. There are a lot more martial artists than there are spaces in the UFC, or any other promotion, and that number is only going to increase with each generation. This movement is something else, something unique in history, and I think there is more driving mixed martial arts than just the spectacle. There is a need in society for heroes, always has been always will be, and not just on TV.

Nationalism and the Martial Spirit

Athena and Ares: How Science Beats Ferocity Every Time