Poetry in Motion: The Writers Fighting for Ali's Crown 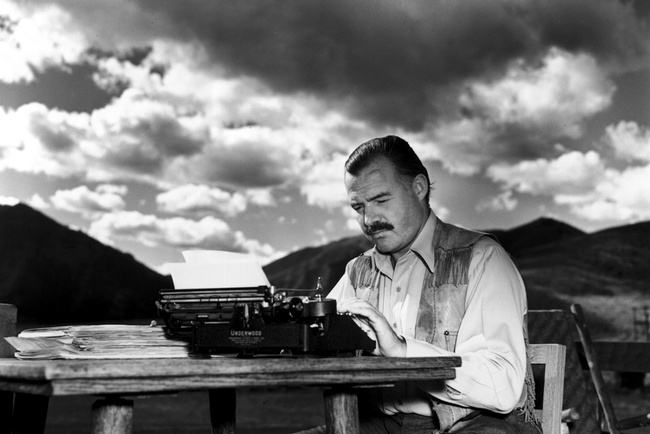 “All the great poets should have been fighters,” Muhammad Ali once opined. “Take Keats and Shelley, for an example. They were pretty good poets, but they died young. You know why? Because they didn’t train.”

It’s classic Ali. In a few short sentences he manages to insult two of the greatest writers of the nineteenth century, and simultaneously invents and lays claim to the title of Poet-Pugilist Champion of the World. Unlike poor Keats and Shelley, who, it is true, both died before they reached the age of thirty, Ali trained hard, and his poetry was world renowned. It is beyond doubt that “Float like a butterfly, sting like a bee” has been rapturously recited a thousand times more often than “I wondered lonely as a cloud”, the Romantic era’s anemic equivalent. But the essential detail that slipped Ali’s mind on that day is that some of the greatest writers of the last two hundred years spent almost as much time brawling as they did scrawling. If Ali was not, as he claimed, the greatest wordsmith to ever grace the ring, who was? 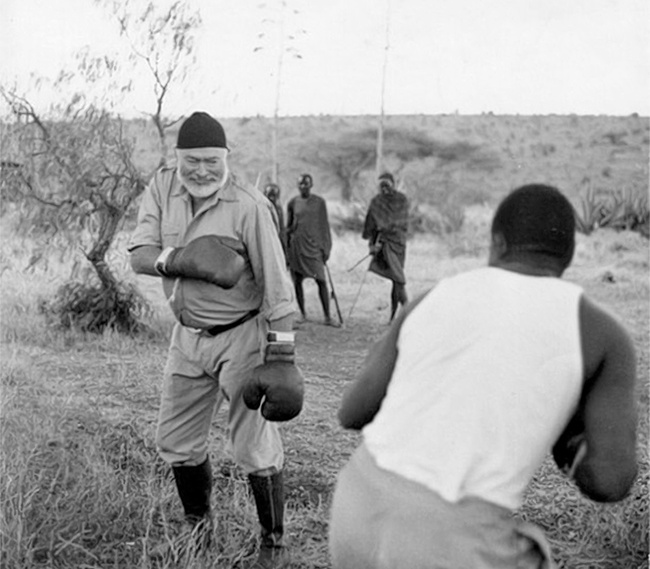 Ernest Hemingway had a lot of people fooled—perhaps himself more than anyone. “My writing is nothing, my boxing is everything,” he once reportedly claimed—a little unfairly on his oeuvre perhaps. He certainly talked a good game. F. Scott Fitzgerald, having never actually seen his friend box, remarked to the Canadian writer Morley Callaghan that, while he wasn’t sure how Hemingway would fare against the heavyweight champion of the world, he was certain he could, at the very least, get the better of the light heavyweight champion of the world. When Callaghan, who moonlighted as a sparring partner for Hemingway, scoffed at the idea, Fitzgerald demanded to see the two of them box. Despite having a forty-pound, four-inch advantage on the Canadian, it was Hemingway who was dropped on the canvas, sweating, bloody, and windless, towards the end of the long second round.

By almost all accounts except his own, Hemingway was one of those windmilling amateurs who goes in for the kill with the random fury—and accuracy—of a drunk tossing bricks from the top of a multi-story car park. Occasionally he’d score a squelch—something Gene Tunney, then recently retired heavyweight champion of the world, discovered to his cost.

The patch of beach outside Hemingway’s Havana residence probably wasn’t an especially relaxing place for anyone to hang out. But a boxer displaying his body there was, to Hemingway, like a red rag to a bull. Plying Tunney with thermos flasks full of frozen Daiquiris, he persuaded the champ to spar with him bareknuckle—displaying a suicidal tendency that long foreshadowed his eventual tragic demise. 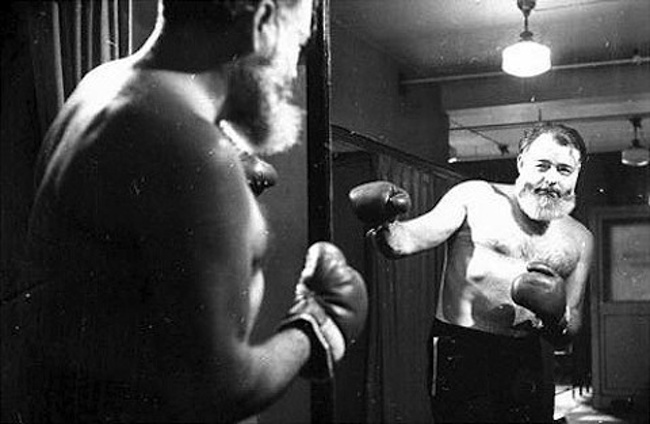 Hemingway, for all the noble words he put into print, did not fight fair. He once spat a gob-full of blood into his friend Callaghan’s face, and frequently hit below the belt. No doubt he needed every advantage he could steal. According to his coach, George Brown, he “trained on Scotch and champagne.” But nudging the champ in the nuts during a bareknuckle bout isn’t anyone’s path to success.

“It outraged Tunney. He feinted his opponent's guard down, and then threw a whistling punch, bringing it up just a millimeter short of Hemingway's face, so that the fist and the ridge of bare knuckles completely filled the other's field of vision, the punch arriving there almost instantaneously, so that immutable evidence was provided that if Tunney had let it continue its course, Hemingway's facial structure—nose, cheekbones, front teeth, and the rest—would have snapped and collapsed inwardly, and Tunney looked down the length of his arm into Hemingway's eyes and said, 'Don't you ever do that again!'” 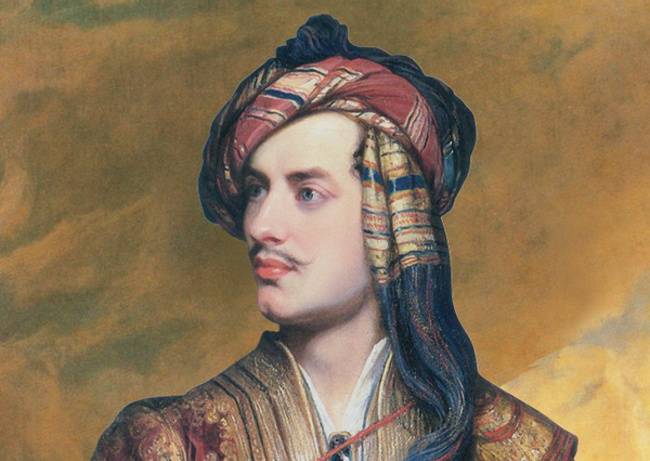 With his pinhead, clubfoot, and dwarfish fists, Lord Byron was not an obvious candidate for The Fancy, as the boxing world was known in his day. But, unlike Hemingway, the great poet was a serious contender. Despite—or, perhaps, because of—his well-known appetite for all things intoxicating, his letters and journals reveal that he followed a training and dietary regime that most professional athletes would struggle to keep up with. He rode, fenced, fought with a broadsword, swam ocean lengths, boxed daily—and still had time to scribble down a verse or two.

“Today,” he wrote on one average Sunday in 1814, “I have boxed an hour—written an ode to Napoleon Bonaparte—copied it—eaten six biscuits—drunk four bottles of soda water—redde away the rest of my time—besides giving poor Webster a world of advice on this mistress of his…”

While Ali famously hated training, Byron lived for it. When in London he sparred daily with the “Emperor of Pugilism,” former heavyweight champion John “Gentleman” Jackson, and by all accounts was just as confident dancing on the canvas as scribbling down stanzas. He was even known to choke down a clutch of raw eggs for breakfast, Rocky Balboa style. 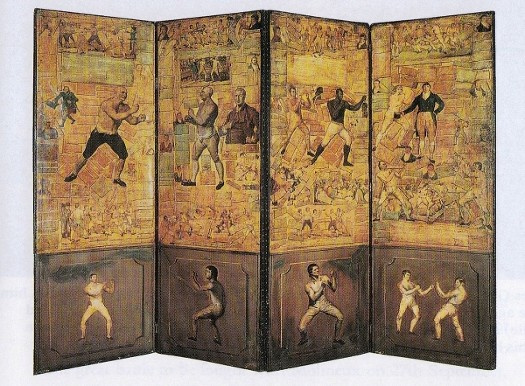 Some say Byron loved boxing more than he loved his own mother. On the day of her funeral, he refused to follow the cortege and insisted on sparring instead. The unlucky fellow who served as his partner on that day reported that he boxed in silence and with uncharacteristic violence. The dedication paid off. As his contemporary, Pierce Egan, the original fight journalist, wrote, his Lordship fought with “all the vigor and confidence of a master of the art.”

Of course, despite all the training, Byron still died tragically young—while leading an expedition to free Greece from the oppressive rule of the Ottoman Empire. Which has got to go pretty far on anyone’s scorecard. Sorry Ali, this round is for the poets. 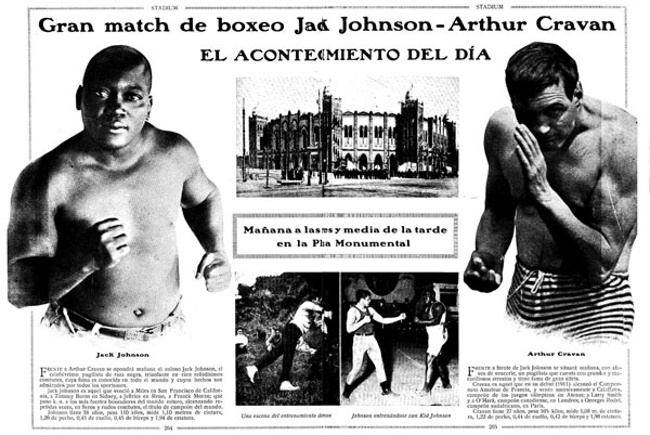 The final challenger, Arthur Cravan—poet, pugilist, and provocateur—was, like Ali, one of those magicians who could mow people down without having to throw a single punch. As his biographer, Roger Lloyd Conover, writes, as soon as the referee announced his name, Cravan—who first learnt to fight while hopping trains across America—would shock his opponents by leaping from his corner “boasting loudly of his qualifications, inventing titles, and reciting the litany of achievements which established his tramp pedigree. He embellished his colorful biography with half-truths and lies about his colorful identity outside the ring: hotel-thief, confidence man, muleteer, orange picker, logger, charmer, chauffeur, grandson of the Queen’s Chancellor, Empress Dowager of Iceland, Nephew of Oscar Wilde, sailor, gold prospector, poet with the shortest haircut in the world… He sometimes cited as many as 32 credits before he sat down…”

It was fitting then that—thanks to a collapsing card house of disqualifications and withdrawals—the hulking poet won the title of Amateur Light-Heavyweight Champion of France in 1910 without having to fight a single round.

As Muhammad Ali rose from the ashes of Cassius Clay, so Arthur Cravan tore himself from Fabian Avenarius Lloyd and all the bourgeois values his birth name represented. Although Cravan, who was British by blood, Swiss by birth and French by tongue, evidently found it hard to settle on one identity: Eduoard Archinard, Isaac Cravan, Dorian Hope, Sebastian Hope, B. Holland, Robert Miradique, and Marie Lowitska were just a few of the pseudonyms he was known to deploy.

No doubt he had his reasons. Ali had his belt stripped from his waist after famously declaring, “No Vietcong ever called me a nigger,” and Cravan too refused to fight in the great conflict of his day. A great deal of his time and energy was spent fleeing the war. As Russian revolutionary Leon Trotsky, a fellow passenger on one of Cravan’s many draft-dodging cruises, wrote in his autobiography, the young poet “frankly confessed that he would rather smash the jaws of messieurs Yankees in the noble sport than get stabbed in the ribs by a German.” 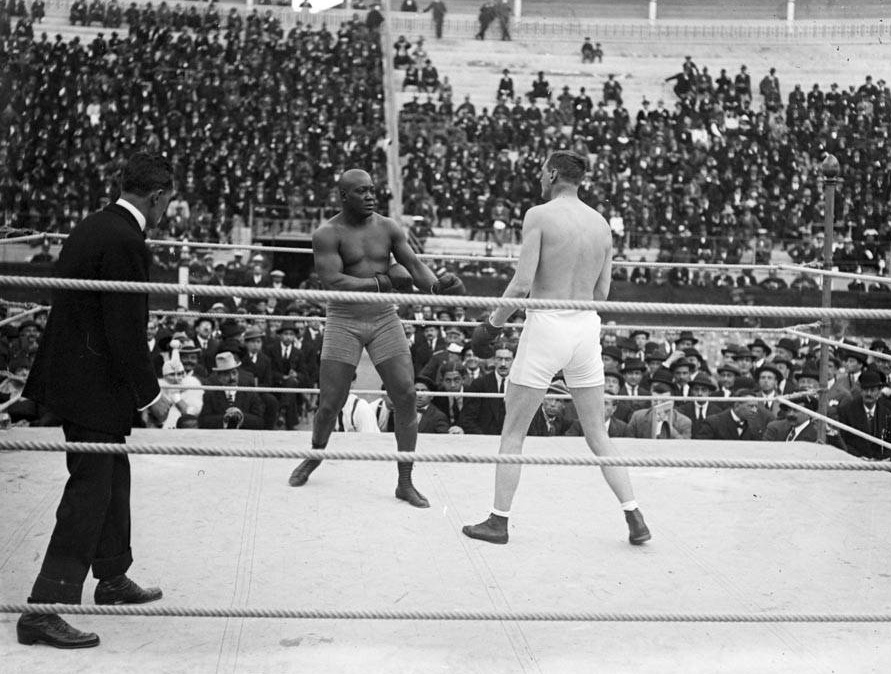 Cravan’s most famous fight was, like so many of the events in his life, staged. Washed up in Barcelona, dry of funds, he smelt money when Jack Johnson, the first black heavyweight champion of the world, turned up in town. Johnson was also on the run, from trumped up charges of “White Slavery” in the USA, and the pair, who had met previously in Paris, came up with a scheme to earn a quick buck.

Their unparalleled mastery of hype ensured that, on the day of the fight, the Barcelona bullring was full to capacity. The Spanish crowd was convinced that they were going to see the real “Great White Hope” relieve Johnson of his crown. So when Cravan was knocked out after six rounds of play fighting, riots broke out. The crowd tore the arena apart, set fire to the benches, invaded the ring and demanded their money back. Johnson had to be taken into police protection. Cravan was nowhere to be found.

As the riots spread, and Johnson screamed for his opponent and friend from his cell, Cravan—who had been smart enough to wrangle an advance on his purse—was already hidden away on a steamship to America, hungry for the next adventure. Even in ignominious defeat, the poets come out on top.

Brawn Meets Pawn at the Chessboxing Championship of the World