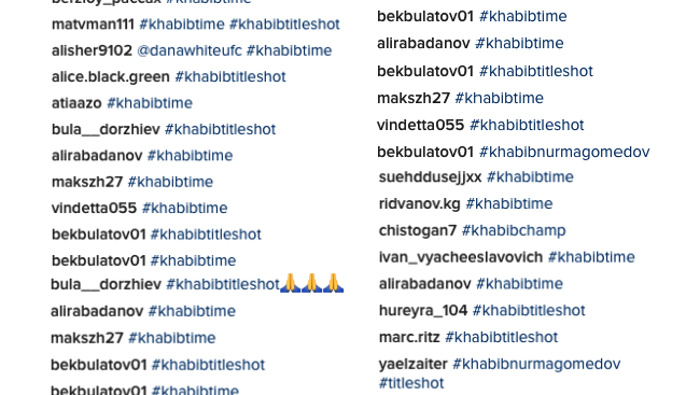 Late last month, as the Democratic National Committee was reeling from the Wikileaks release of 20,000 of its private emails, DNC and Hillary Clinton campaign officials started floating the idea that the Russian government was behind the mid-June hacks that led to the leak. It seemed ridiculous at first, the ravings of paranoid and desperate souls besieged by bad press and stuck in a Cold War mindset (“The Russians are coming!”) or the cynical and calculating posturing of political operatives hoping to turn their failures into an attack on Clinton’s opponent, Donald Trump, whose affection for Russian President Vladimir Putin they’d been hanging around his neck for months. Either way it didn’t seem real. But then the New York Times reported on July 26 (right in the middle of the Democratic Convention) that American intelligences services had “high confidence” the Russian government was behind the theft of the DNC’s emails and documents, and all of a sudden the American presidential race was at the center of an international espionage conspiracy plucked straight out of a John Le Carré novel. All over the country you could hear Democrats shaking in their boots at the thought of Russia manipulating the election to win Donald Trump the presidency.

The lesson being: Don’t underestimate the power of anonymous, computer-savvy Russophiles on the Internet hell-bent on affecting the outcome of a mighty contest.

But don’t take Hillary Clinton’s word for it. Today UFC President Dana White (who played his own strange role in this year’s strange presidential race at the Republican convention three weeks ago) is experiencing firsthand the power of an all-out pro-Russian Internet campaign. Over the past few days, right about the time the UFC was getting ready to announce that streaking lightweight contender Tony Ferguson would not be fighting champion Eddie Alvarez after all, White’s Instagram page was invaded (annexed?) by a veritable army of online commenters calling for the next title shot to go to Khabib Nurmagomedov, the undefeated Dagestani wrestling savant whose recurring knee injuries have kept him from a title fight but whose triumphant return to the Octagon in April after two years away gave fans fresh hope that the time had come—at long, long, long last—for  “the Eagle” to take his rightful place at the top of the lightweight division. And thus an overwhelming spam operation was set in motion. 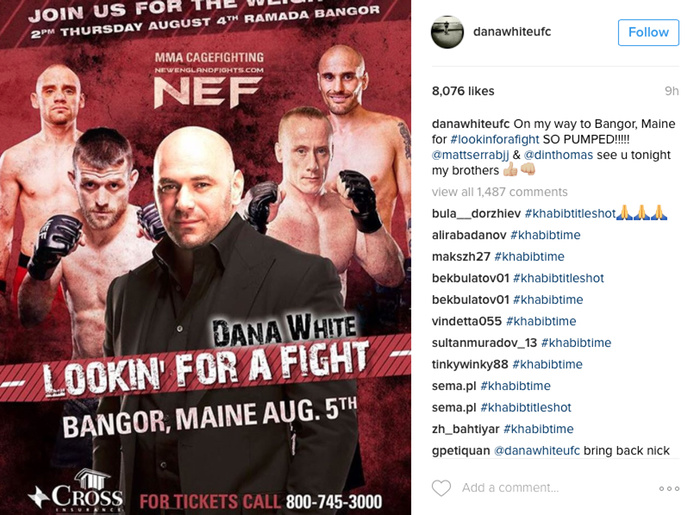 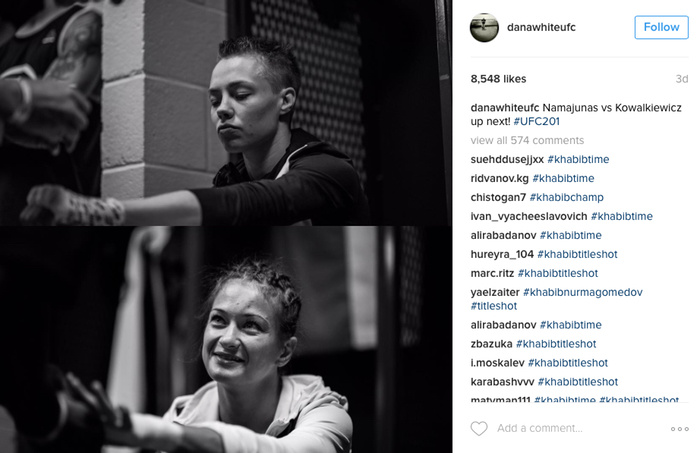 I don’t know exactly what critical mass in an online hashtag campaign of persuasion looks like, but this must be it. And with Ferguson now tied up with Rafael dos Anjos, Edson Barboza still close but not quite ready, Nate Diaz floating in a brave new world of inter-division superstardom, and Nurmagomedov finally healthy and now equipped with his very own redemption narrative, surely it’s the Russian’s time. And if those arguments aren’t enough to sway White and his matchmakers then the voices of a thousand pro-Russian spammers/hackers/MMA fans rising up in a chorus of love for their beloved Khabib, rising as one voice to swamp White’s social media, will hopefully make them see the light. This is vox populi for the social media age, the power of the Internet mob in service of a noble cause.

Drowning Against the Mat: The Relentless Force of Khabib Nurmagomedov