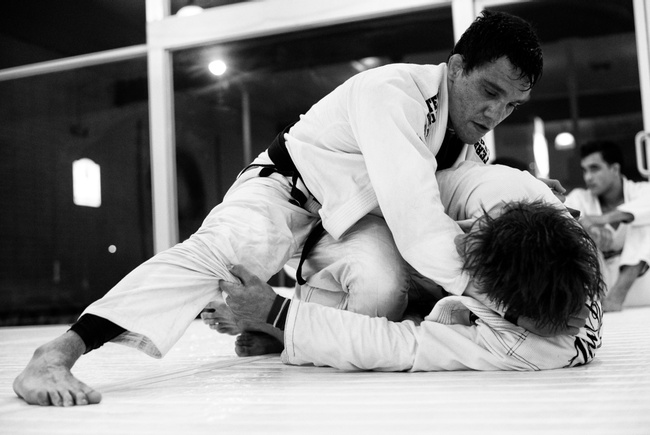 Last year Bruno Frazatto, one of the top jiu jitsu featherweights in the world, ditched his gi in order to focus on MMA. This was a bit of homecoming for the 20011 Pan American Champion, as he first entered the cage back in 2006—yet, after notching four straight wins, he decided, Ah, that was fun, but… and returned to the mats, not seeking another MMA bout for six years. Which, in the context of this nascent sport, equates to at least forty rungs up the evolutionary ladder.

Think about the highlight reel from 2007 to present: the advances in footwork; the striking from unorthodox angles; the front and wheel kicks; Anthony Pettis Matrix-like running up the cage and dropping Benson Henderson; nearly Anderson Silva’s entire UFC reign.

So why walk away after an impressive 4-0 start?

"I decided to build my name in jiu jitsu, so no matter what happens I could open a school and teach, have something to fall back on,’ he told me, ‘too many fighters leave MMA with nothing, and I always wanted a family [note: his wife recently gave birth to their first daughter]." 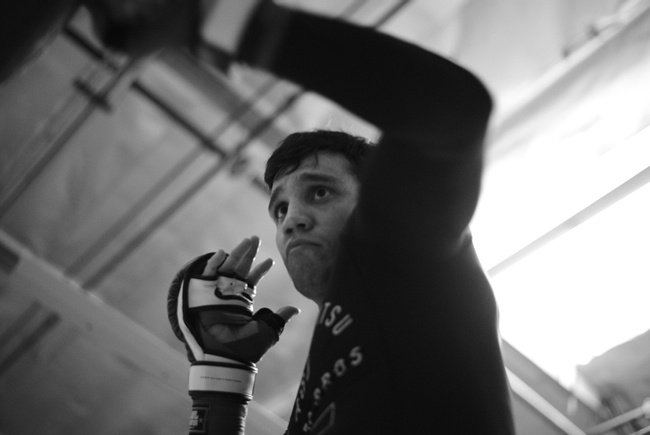 What changed is, in 2013 the Nogueira brothers recruited him to teach jiu jitsu at their famed MMA academy in Brazil—Bruno was also the Brazilian ADCC Trials Champion, so he was well respected in and out of the gi—and watching the action, hearing the constant thwack! of heavy bags, mitts and shinguards, tingled the old itch.

So again he started wrapping his hands and stepping in with the others, eventually taking a fight at Bantamweight, submitting his opponent via armbar in the first round, and Bam! again, he was hooked. "I love jiu jitsu competitions, but there is nothing like fighting MMA—when you walk out into the crowd, the lights and the music, the crowd cheering. Once I felt that again, I wanted more."

Also didn’t help cornering the Nogueira brothers for their latest UFC fights. "[The UFC] is another level, the backstage tension and buildup, then sitting at cage-side during the fights—I knew I had to dedicate myself to reaching that." 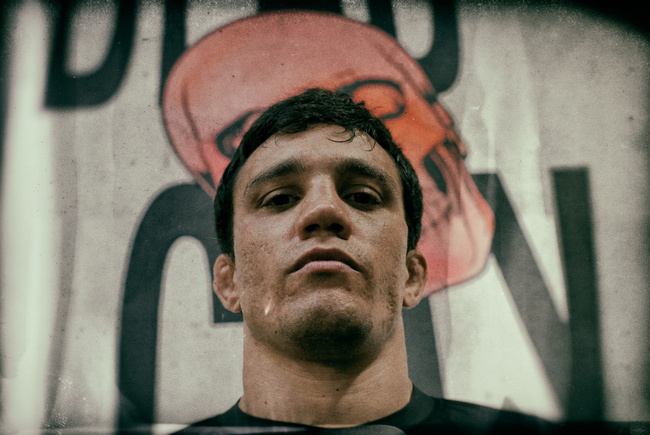 I’m always fascinated with an athlete’s move into MMA, because there’s no real corollary in the sports’ world. Think about it—it’s not like playing peewee football; then middle and high school; then transferring to college and into the NFL. That’s just more of the same, only the competition increases exponentially.

But to train a sport into your twenties, then switch to another sport, well that’s absurd. Never mind that wrestling, jiu jitsu, or Muay Thai constitute a slice of the MMA pie—they are still just that: a slice. Elite as they may be, these athletes must then conjure the other ‘arts’ slices from raw ingredients. Which is a totally different game than Andre Agassi first picking up a racket at four years old and winning Wimbledon at twenty-two. More like Agassi winning Wimbledon, then picking up golf. Or at least you get the idea.

"The game changed so much in those years,’ Bruno said, ‘when I first started, guys would just walk forward and throw, but after Dominick Cruz showed how it’s done, the strategy changed. Now, footwork is everything. [Cruz] and T.J. Dillashaw are the best."

Such a high-level jiu jitsu foundation frees Bruno to focus on footwork, but that doesn’t mean he gets a pass on grappling. "Many people think it’s just about working on striking, or cage work, but the hardest part is the transitions between the elements. Sure, you learn to cut off the ring and throw kicks, and sharpen your jab, but what’s hardest is throwing a punch, then changing levels and shooting a takedown. The great guys make it look easy, but that takes a long time." 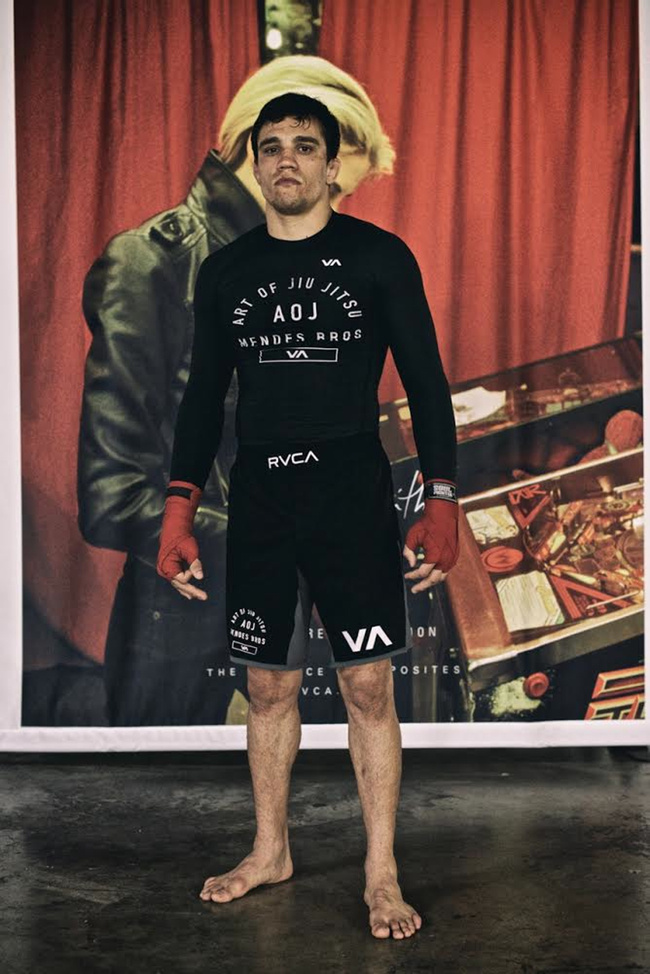 Bruno signed with Resurrection Fight Alliance last year, and won his first bout with the organization via triangle choke in under two minutes. He now trains at Blackhouse gym in Torrance, California, working with top fighters such as Bantamweight Pedro Munhoz. ‘Pedro won the RFA belt, and now he’s fighting in the UFC, and that’s what I’m going to do.’

Although he’s booked to fight again in December, this weekend you can find Bruno at World Jiu Jitsu Expo, in the Long Beach Convention Center, where will battle AJ Agazarm in a fifteen minute BJJ match. AJ just won the No-Gi World title, so this should be a great fight.

The Expo runs in conjunction with the Long Beach Open jiu jitsu tournament, so if you’re a fan, drop by and check out the many super-fights: as well as free seminars: by Renzo Gracie, Lyoto Machida, Jacare, Buchecha, The Mendes Brothers, Caio Terra, and numerous others. See you there.

To Gi, or Not to Gi: Kimono Love