Punching Above Their Weight: A Hard Hitting History of Polynesian Fighters from New Zealand 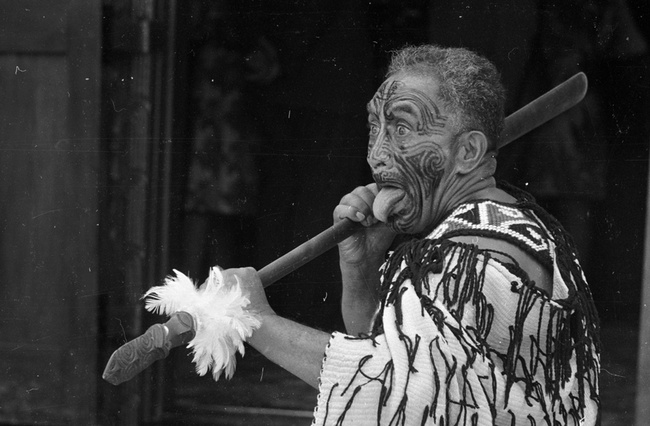 In New Zealand right now, UFC Fight Night Auckland looms large on the sporting calendar. The fight card is filling for a 28 June event with a headline bout between New Zealander James Te Huna and American Nate Marquardt. Local MMA fans have been waiting with anticipation for the UFC to come to the South Pacific, and with good reason, because when it comes to combat sports, New Zealand has a history of punching above its weight.

As researcher of Pacific peoples history in New Zealand, the contribution of Polynesians to sports including martial arts is of particular interest to me. On this site, I recently wrote about New Zealand born Samoan MMA prospect, Mark Hunt. His rise to prominence in the UFC is part of a career progression he has fought hard to earn, but he is just one of a long line of hard hitters of Polynesian descent to come from New Zealand shores. As part of the background for UFC Fight Night Auckland, I want to outline a short history, and name some names that have shaped New Zealand fan base for combat sports, and perhaps inspired the current cohort of Polynesian fighters in the UFC.

From the 1950s to the 1970s, a new wave of Polynesian migrants made their way to New Zealand from the Pacific islands. They sought employment opportunities and education, and once settled they took part in social events and sporting activities such as rugby, netball and cricket. Some young men were interested in boxing, and over time they helped refresh a boxing scene that was well established in New Zealand neighbourhoods and popular in their Island homeland. As younger fighters followed fathers, cousins and uncles into boxing gyms, a rich vein of talent developed and a generation of fighters came through that would transform the sport in New Zealand. Boxing historian Dave Cameron remembers how the fights of professional Tongan and Sāmoan fighters in New Zealand became extremely popular. They were broadcast on radio and attracted such huge crowds that spectators would be turned away in their hundreds from packed town halls across the country. Tongan fighter Kitione Lave, who came to New Zealand as a nineteen-year-old in the 1950s, attracted crowds of up to 15,000 to Carlaw Park, a stadium in inner city Auckland (and a few hundred meters from the 2014 UFC Fight Night venue). In 1964, Sāmoan Tuna Scanlon filled the same park when he won the British Empire middleweight title. 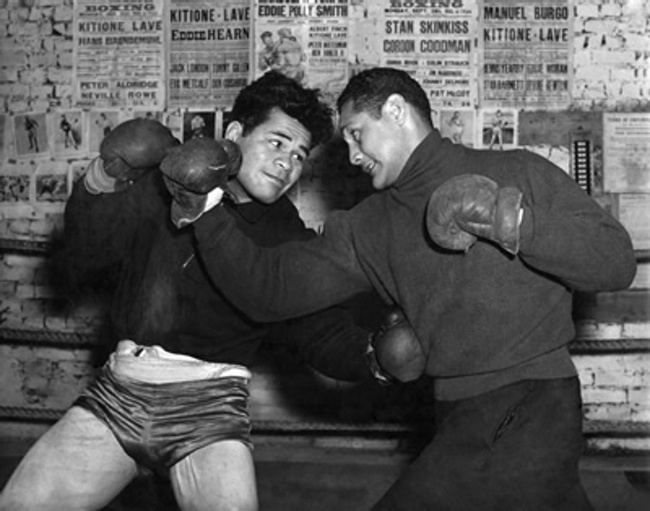 By the 1980s and 1990s, amateur boxers of Polynesian descent dominated as winners of New Zealand senior boxing titles in the super heavyweight, heavyweight and light heavyweight divisions, with some success in the middleweight division. Some of these title-holders represented New Zealand in international amateur competitions. Hard core followers of boxing will be familiar with Sāmoans Jimmy Peau and David Tua. Peau won a gold medal at the 1986 Commonwealth Games and Tua took a bronze at the 1992 Olympics. Both men went on to professional careers in the United States and further afield. Peau, fighting as Jimmy Thunder, won two minor versions of the world heavyweight crown (World Boxing Foundation and International Boxing Organization) and was ranked as high as number five by the World Boxing Council. Tua, also a heavyweight, bashed his way up through the rankings to challenge for the world championship in 2000, where he was defeated by Lennox Lewis of Great Britain.

As martial arts and mixed martial arts became popular worldwide, New Zealanders of Polynesian descent excelled and surpassed some of the achievements of their countrymen in boxing. Take for example, Sāmoan Penita Davies, a world champion in kyokushin-kai, with nine New Zealand titles to date, three Australian titles and a world cup win to her name. More familiar to readers will be New Zealander/ Sāmoans Jason Suttie, Ray Sefo and Mark Hunt. They competed internationally in Japan and other parts of Asia, where competitions such as K-1 had huge fan bases and coverage on pay-per-view television. In 1996, Suttie was the first New Zealander to fight in the Japanese K-1, winning his first world title that same year. Over the next five years he won six world titles across five different weight divisions, and across four different federations.Sefo was a celebrated Muay Thai champion, winning six world kickboxing titles over the span of his career. Hunt hardly needs an introduction given his recent success in the UFC, but in 2001 he too was a K-1 world champion before transitioning to MMA in 2004 via the PRIDE Fighting Championship. It staggers me that a country with a population of 4.5million, (that’s just a little more than half the population of New York city) can lay claim to this kind of record in international sport, and the potential is there for this record to improve. Like professional sports such as rugby, rugby league and football (NFL) MMA offers a potential career path for young sports people.According to the New Zealand Herald, New Zealand is one of the largest consumers of MMA globally. It is part of a business reportedly worth US$3.5billion. Athletes from the Pacific will want a piece of this pie. 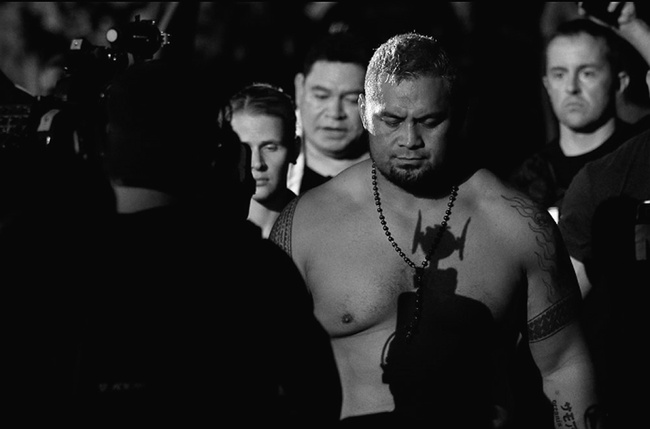 The recent decades of boxing and martial arts in New Zealand have clearly been dominated by Samoans. who have achieved at the elite level internationally. However, the card at UFC Fight Night Auckland features a growing group of fighters from the Pacific region. Headliner James Te Huna, and undercard fighter Robert Whittaker are both of Maori descent. If we claim Soa Palelei (a Tongan out of Australia) and Jon Delos Reyes (a Filipino fighting out of Guam), then UFC Fight Night Auckland becomes a recognizably Pacific affair. It is clear that Polynesians and other Pacific Islanders will continue to play a part in the development of MMA and the UFC…may they hit hard and prosper.

On Ink and Edges: Samoan Warrior Tatau in MMA