Lina Lansberg left the Octagon beaten and battered after two rounds despite claiming that she would be the one cutting Cris Cyborg in their main event clash in Brasilia.

The Muay Thai expert was finished in side control by the always-dominant Justino who controlled the clinch throughout the bout.

Cyborg stole the show, from her spine-tingling entrance backed by her Brazilian chorus to her emphatic display.

She immediately pressed Lansberg against the fence and softened her up with knees to the body to open the first round. After nearly three minutes in the clinch, she took Lansberg down where she quickly moved to mount and landed heavy grounded blows.

Lansberg proved savvy enough to get back to her feet, but she was straight back against the fence eating body shots from the Brazilian.

Cyborg broke the Swede's nose in the opening exchanges of the second round with a right-hand landing on the button. When Lansberg covered up her head, Justino pounded her body with kicks.

Taking Lansberg down again, Cyborg doled out some elbows. Lansberg pushed her away only for the Brazilian to return to deliver more punches before moving to side control and dropping more elbows. Lansberg took a few more grounded shots before the referee stepped in to stop the action.

Cyborg proved that she is a big enough star to build a division around with the win. Her sophomore outing can only help the chances of the organization adding more women of her size to its roster. 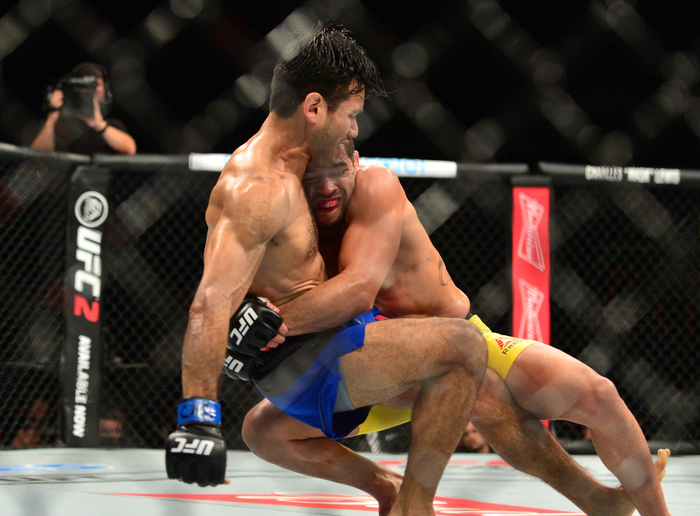 Phillipe Nover couldn't have asked for a better time to face former "pound for pound" candidate Renan Barao as the Brazilian came into their featherweight clash on a two-fight slide.

Despite the Filipino shooting his jab in the face of the former bantamweight champion from the first bell, Barao found his feet and showed glimpses of his former self as he battered Nover's legs with kicks and unloaded barrages of powerful shots throughout the contest.

Barao's well-timed body lock takedowns really turned the fight in his favor. He looked like he made an effort to go in for the kill in the second round when he launched into a leaping knee, but Nover proved game over the 15 minutes.

Barao would have completed one of the most emphatic falls from graces the sport had ever seen had he come up short against Nover. Perhaps a win will see him return to the Barao of old where he could potentially feature in the featherweight title conversation, as unlikely as it seems. 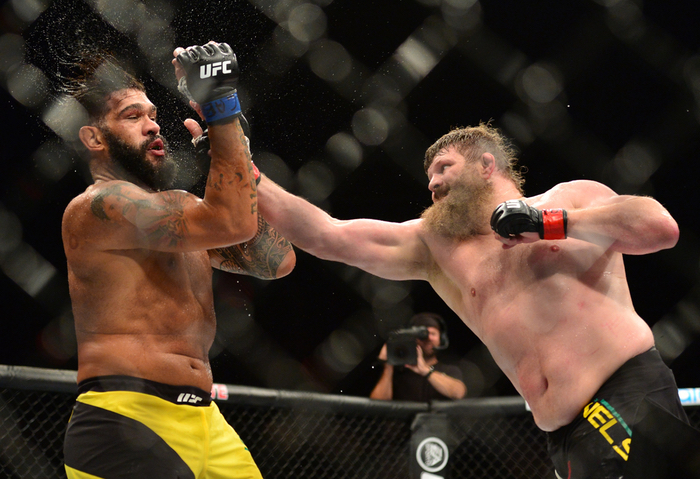 Roy Nelson appeared to be frustrated by how long it took John McCarthy to stop his finishing grounded shots on Antonio 'Big Foot' Silva at the end of the second round.

'Big County' threw up his fingers in the direction of the veteran referee and mockingly kicked him in the behind after he delivered six unanswered heavy shots to the head of his 37-year-old opponent that prompted the stoppage.

Silva was thought to be nothing but fodder going into the bout. Having lost six of his last five fights by knockout, it was surprising to see the gigantic Brazilian come out with a quite a good game plan.

Silva timed the right hand of Nelson well and managed to get out of the way of it on a number of occasions up until the American flattened him with a right uppercut in the last minute of the second. Silva's leg kicks also stifled Nelson's forward movement in the first round very well, with Nelson's wearing a big welt on the affected area after the bout. 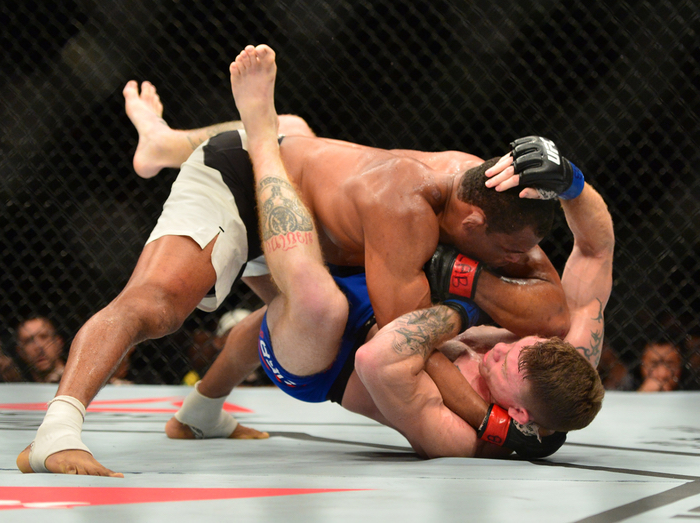 Trinaldo Makes it Seven in a Row as Cut Stops Felder

Brasilia hometown boy Francisco Trinaldo put on a signature performance on the main card. He completely ground Paul Felder down, made the fight ugly and eventually forced a stoppage via TKO due to a cut.

Against a flashy striker like Felder, Trinaldo always matches up well as he marches forward and disrupts his opponents' rhythm. Felder looked visibly tired at the end of the second round, losing both five minutes periods on my card, after putting up with the Brazilian's pressure.

Felder got cut about the eye during a clinch in the third, forcing the referee to stop the fight. 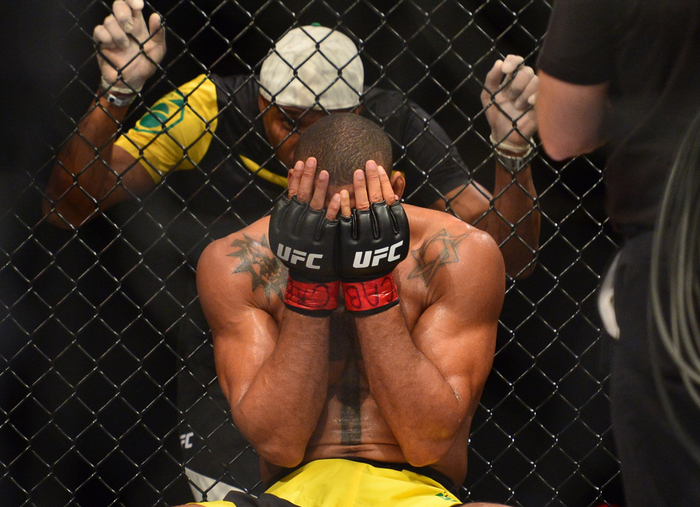 Coming off a loss in his UFC debut to Sam Alvey, Eric Spicely had the tough task of making an impression with the UFC brass when he drew the 15th best middleweight in the world, Thiago Santos, in front of his native Brazilian crowd.

Despite the passionate fans shouting in support of Santos, who was the second biggest favorite on the card next to Cris Cyborg, Spicely shot in for a takedown from the first bell and came close to locking up and omoplata.

When Santos got back to his feet, Spicely put him on his back again immediately before transitioning to the back with one hook, after failing to establish top mount. His choking arm was secured as soon as he took the back and Santos quickly tapped to hand the American the unprecedented first round win.

Pepey Breaks UFC Parity against De La Torre in One Round

Godofredo Pepey broke the parity in his UFC record with a concise first round victory over Mike De La Torre in the main card opener.

The Brazilian wrapped up a rear naked choke after rocking his opponent with a series of knees and hooks as the American back into the cage. Pepey moved to De La Torre's back, who managed to escape the first choke attempt but didn't have the same success the second time around.

De La Torre got himself in trouble in the very first exchange when he gifted Pepey a clinch off a mistimed spinning back kick. Although De La Torre managed to come out the better end of the grappling exchange, a knee and several hooks signaled the beginning of the end for the 30-year-old.