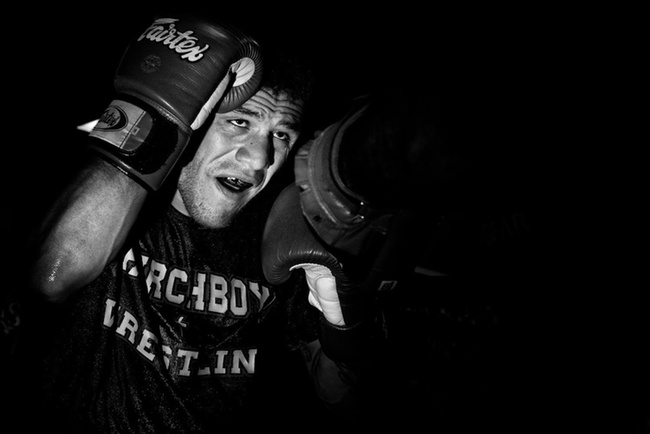 No question, Connor McGregor has shaken shit up. Not just in the Octagon, but throughout the MMA world fighters are thinking, I’ve been slogging away for years, racking up wins, and no one’s paying me even a tenth of that attention.

This week, while scrolling through Twitter I saw a post by Rafael Dos Anjos, currently ranked #3 Lightweight in the UFC: "MMA media shows me no love. I keep beating top guys. I guess I need to talk more."

I’m sure what he really wanted to write is something along the lines of: "Listen fuckfaces, I just KO’d Benson Henderson in 2:31 of the first round, how about showing me some damn love?"

Feeling a bit responsible for this lack, the next morning I raced over to Kings MMA, in Huntington Beach, California, and met Dos Anjos and his training partner, Beneil Dariush, also a UFC Lightweight fighter. 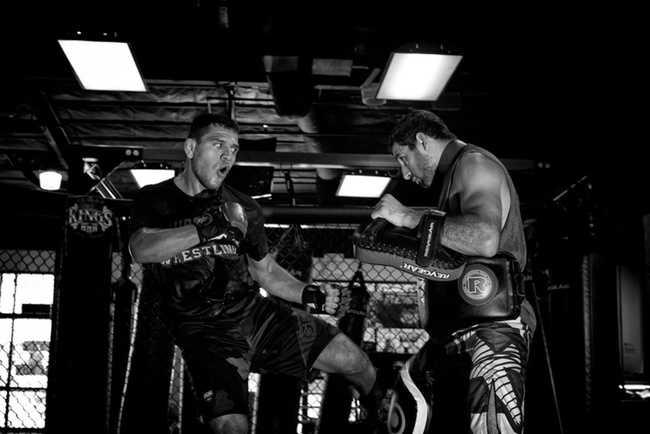 Dos Anjos recently booked a mid-December bout with Nate Diaz, so you’d think the spotlight would’ve swung his way—after all, this fight marks Diaz’s long-awaited return. Like Dos Anjos, during Diaz’s last outing, he KO’d Gray Maynard early in the first round. But then he sat on the sidelines for over a year, demanding more money than stipulated in his multi-fight contract.

Fans mourned. Diaz bitched. But now he’s back, for arguably one of the toughest challenges of his career. A challenge that should stir up some McGregor-type hype. 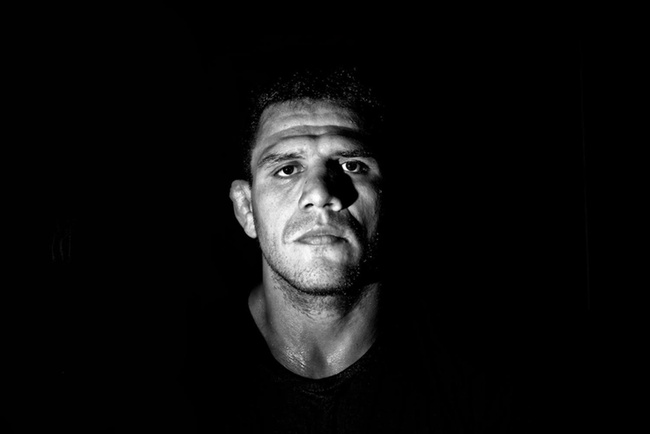 Hard not to agree with the Brazilian, when you throw Diaz into mix. Problem is, few know how to sell like Sonnen, or like the Irishman. No, nix that. It’s not about knowledge, it’s about a gift of gab that you can’t buy, borrow or fake.

But make no mistake, Dos Anjos wants his shot now. “I’m ready,” he told me, “my training is going so well, and everything is coming together, especially my footwork and striking.”

After watching he and Benny hit the pads, I have to think this Diaz fight is going to be one of the best of the year. Any Diaz fight, but especially this one.

Anyhow, we’re sitting around, talking smack, and who walks through the door but Jason ‘Mayhem’ Miller, grinning ear to ear, manic as they come. This is the great thing about MMA gyms—you never know who’s going to drop by. 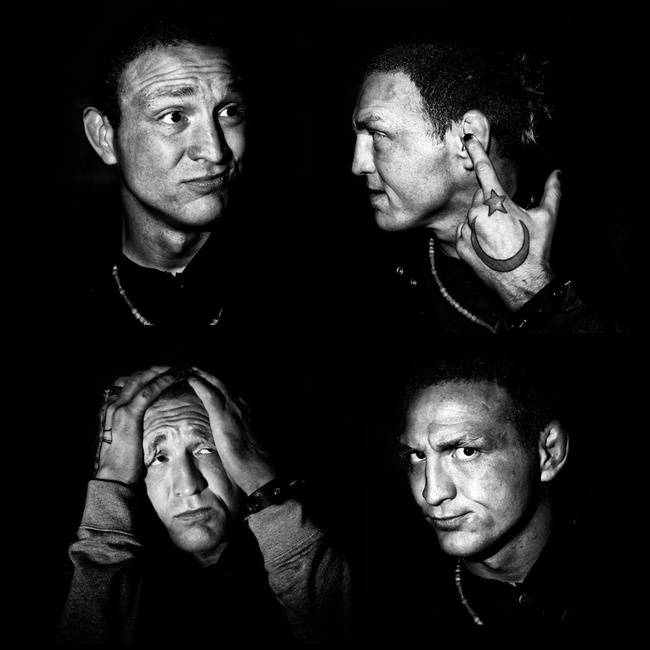 So the whole time he’s talking, I keep thinking about his recent standoff with police, wondering when he made bail—when he pulls up his shirt and shows us a jiu jitsu black belt tied around his waist. Mind you, he’s wearing jeans and a sweatshirt. And someone’s belt! Of course there’s a story: he took the belt off another MMA fighter after they got into it at a party. But it’s all good, he says with a wink, the dude don’t mind, we’re good, we’re good.

All the same, I catch myself scanning the windows for sirens. So I grab my camera and ask him to sit for a few photos, because with a guy like Mayhem, you never know if this will be your last chance.

A UFC Fighter Mixes up His Dagestanis