Raising the Stakes: Joseph Duffy on Training at Tristar for His UFC 185 Debut 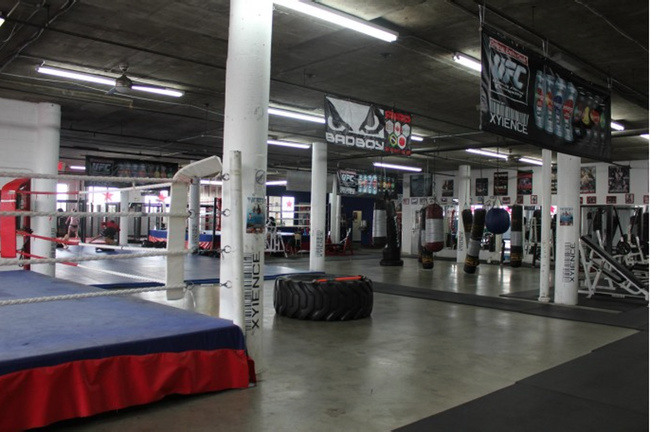 The Irishman was making quite a name for himself on the boxing scene as a 7-0 prospect before the allure of MMA reeled him back in.

One of Europe’s top prospects before taking a step back from MMA in 2011, Duffy has no problem in admitting that his earlier career wins over Conor McGregor and Norman Parke went someway to bringing him back to the sport in 2014, as he saw the duo scale through the rankings of UFC.

He could’ve went about his return quietly, but instead Duffy came back in a main event slot in August of last year in Dublin at Cage Warriors 70. As many found out that night, although he is quite soft spoken and reserved outside of competition, the Donegal man is quite the opposite when he meets his opponents face to face.

Under the watchful eye of the Irish MMA community, who considered themselves experts with Duffy’s notorious former opponent at MMA’s top table, ‘Irish Joe’ picked apart Damien Lapilus before showing his well roundedness with a rear naked choke finish.

The striking improvements that were apparent in the Lapilus bout turned to the spectacular when he Julien Boussuge three months later in London. As Boussuge ducked, Duffy fed him a sharp right knee that brought an end to the Frenchman’s night 30 seconds into the bout.

Duffy’s victory over Boussuge proved enough for the UFC to come knocking at his door, but once again, the quiet man of Irish MMA raised the stakes for himself.

After getting knocked out of the running for TUF: Team St Pierre vs Team Koscheck in the elimination stages in 2010, Duffy upped sticks and moved to The MMA Clinic in London.

Now, with the expectations of the Octagon looming, Duffy went to one of the best gyms in the world, Tristar. Honing his craft under the tutelage of the coaches that help Georges St Pierre and Rory MacDonald file down their edges, Duffy claims he has put himself out of his comfort zone ahead of his debut tomorrow night against Jake Lindsey at UFC 185.

“To tell you the truth, I think I’m getting quite used to this kind of thing,” said Duffy from Dallas. “When I moved to London I had to walk into a new a gym. While I was boxing I was in and out of new gyms for sparring different people all the time.

“When I made the move back to MMA I started training with Titan again, so it was kind of the same thing again. I think I’ve gotten used to putting myself out of my comfort zone because I’ve done it quite a bit at this stage. Tristar was no different, and I felt like things clicked into place after about a week to be honest.” 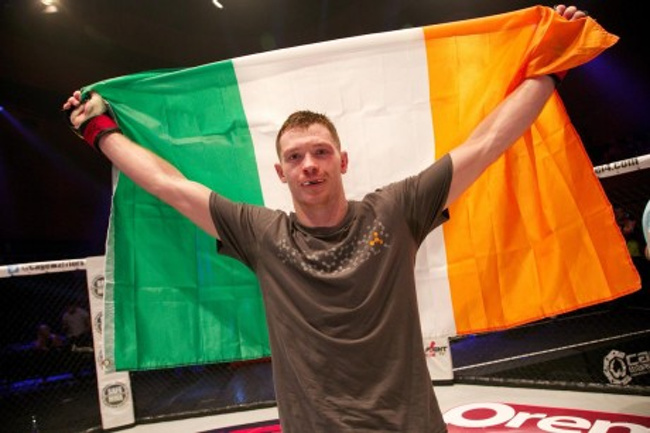 With the last change in camp for Duffy happening before he went on to pursue boxing, there was a huge shift aesthetic of his style when he returned in last year. Having only banked a few weeks training in Montreal thus far, Duffy maintained the advancements might not be as visually drastic this time around, but changes have certainly been made.

He said: “I certainly feel a lot sharper after my time there, but I don’t know if the changes will be visible in my game yet. I can fell the improvements, but obviously I’ve not been watching myself spar so I’m not sure how it will look visually.

“I feel really good though, and I feel like everything has moved into the right place. There have been a lot of little tweaks that I’ve made since being in Canada and I really feel like they’ll make all the difference on the night.”

Speaking to coach Eric O’Keefe of Tristar, the Montreal facility would be happy to see the Irishman return. O’Keefe also highlighted that he believes that Duffy, already one of Europe’s top prospects, can go from strength to strength with more time in Canada.

“I’m really excited about working with him again in the future. He’s got a great enthusiasm for the sport and since he’s been over here he’s been like a kid in a candy store!

“Obviously when he first came over he training with everyone for the first time, there were some people causing him problems. What’s been really exciting is watching him progress as the weeks have gone by. Sometimes you’ve got to point it out him.

“Just the other day I asked him what how he had done in a round of sparring he just had. He was saying ‘yeah, I’m pretty pleased with it’, and I said to him, ‘do you remember how you did against that guy when you first got here?’

“It’s hard to see your own improvement sometimes so you’ve got have people say it to you. He’s come on a lot in such a short space of time and I think you’re going to be able to see that quite clearly on Saturday night.”