Rampage versus King Mo: A Decent Fight Made Better By the Dumbness Everywhere Else in MMA 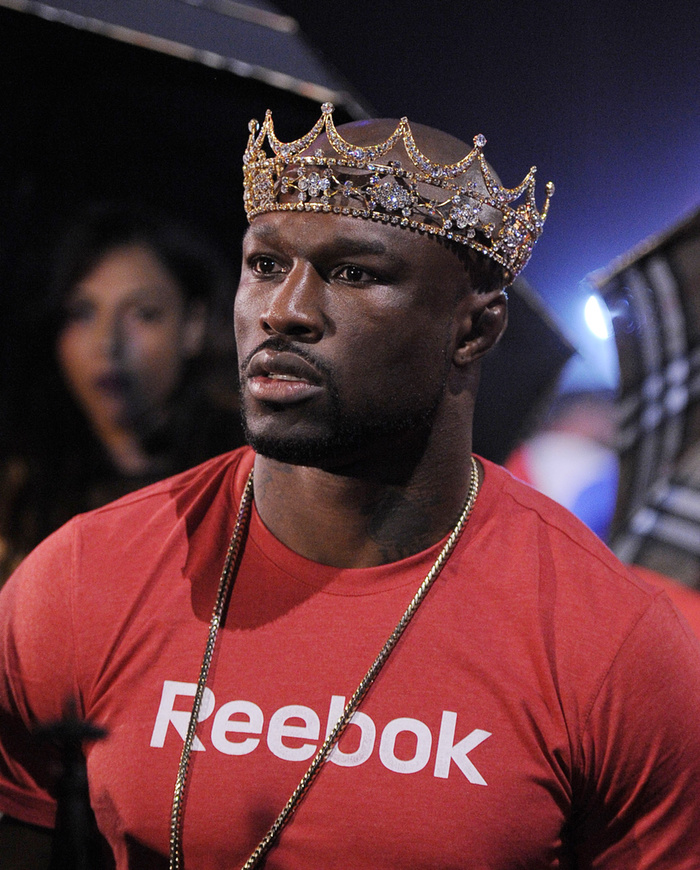 Quinton "Rampage" Jackson has a thing about what he calls "real fighting." It's some vaguely defined set-of-rules-within-a-set-of-rules known only to him that presumably means real MMA takes place on the feet, with pretty much only punches, and definitely no kicks to the knee. The grapplers that take him down—like Muhammed "King Mo" Lawal, his opponent at this Friday's Bellator 175 in Rosemont, Illinois—are lowly "leg humpers." "King Mo won't be making no leg babies this weekend," Rampage said at yesterday's pre-fight press conference. "Not at all."

"I won't be making them," said King Mo, "because after I'm done I'm gonna give him a Plan B." They are both in a mercenary's business where mutual contempt is part of the job, they've both struck each other in the face, but they both laughed at that joke.

Friday marks the rematch of their three-year-old first fight at Bellator 120, a bout that occasionally looked each fighter had made a conflicting gentleman's agreement: Rampage slugged it out on the feet, and King Mo relentlessly wrestled like it was the NCAA Division I finals. It wasn't a fight of the year, but it was a fun scrap between two seasoned 30-somethings that left enough room for doubt about the decision that even Rampage, who won two rounds to one, called for a rematch seconds after the scorecards were read. It's worth staying in Friday night to watch it—especially if our present void in fight cards has forced you to confront just how irritating combative sports can be when there's nothing to watch. 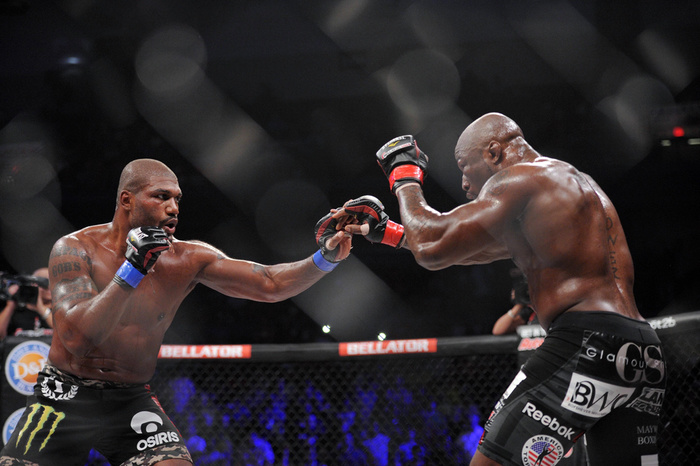 If that didn’t remind you that MMA's silly season pops up any time there's more than a week between UFC events, consider what else has been sucking up oxygen: more conversation about Michael Bisping versus Georges St. Pierre, the symbolic death knell for merit-based fighting in the UFC; more fighters calling each other out across weight classes because it actually works; and the insufferable, daily minutiae driving a conversation about whether boxing’s undefeated and un-retired pay-per-view king will fight the UFC’s Irish poster boy for the sole pursuit of making money in exchange for as little entertainment in return.

These are dumb times to love combative sports, especially you take "fun" fights (or whatever) for dessert instead of the main course. You scroll through Twitter and sigh. You've developed an addiction to watching the best fight the best, and now you are in withdrawal. You need something violent.

Hearing Rampage’s familiar complaints about leg humping, then, is a relief, because they mean a legitimately interesting rematch with King Mo is about to happen. Lawal, an All-American from Oklahoma State, Strikeforce champion, and Rizin Heavyweight Grand Prix champion, is a savant for unarmed combat who seems happy to fight anyone. Rampage, a former UFC champion and PRIDE standout, has won five straight fights despite lamenting how his career has left him estranged from his family. There's the X-factor of this fight taking place at heavyweight, which Rampage apparently only learned about in the middle of a conference call and which will do him no favors if he gets taken down as quickly and often as he did the last time they fought. (Lawal, meanwhile, is a light heavyweight or a heavyweight depending on whether he had breakfast.) It's not the most meaningful fight in the world, but hey, I'll take what I can get.

It also marks the start of a good stretch of fights over the next few months. There's UFC 210 and 211, both weighted down with great, meaningful match-ups with title implications. There's Bellator's Manhattan debut, which—as easy as it is to lampoon the names on the card—is probably worth the price tag. And I wake up every day, brush my teeth, and remind myself that one day I'll be dead and I'll never have to hear "Mayweather" and "McGregor" in the same sentence again. The silly season will return like it always does. Big names will continue to triumph over substance. But I can go on as long as I can mainline real fighting into my bloodstream.

"Rampage" Regrets Ever Doing MMA, and He Deserves Empathy