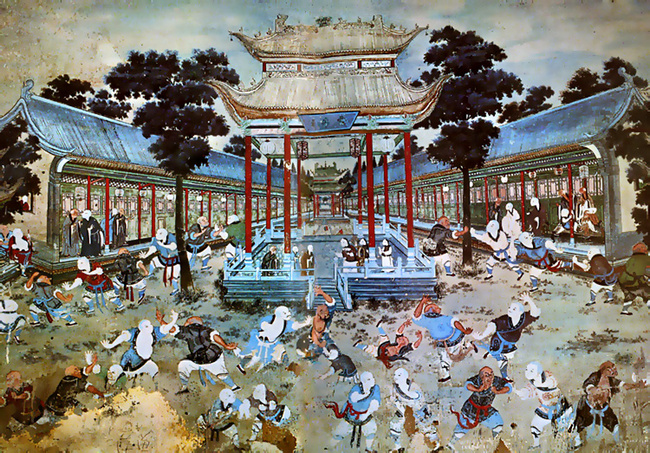 The Shaolin Temple has been razed and rebuilt several times since the first robed monk took up residence on Mount Song some 1500 years ago. As the symbolic heart of martial arts in China, there wasn’t really much the monks could do about it except save what relics they could, and re-invent themselves every time the faithful were scattered to the winds.

For most of China’s history, the martial arts were rooted in resistance and rebellion. Peasants and fishermen trained the arts to protect themselves and their families, and generals encouraged their troops to practice martial arts to get a leg up on the enemy. When the martial arts are so tightly wound up into the religious, social and political fabric of society, there is bound to be repercussions every so often, when a warlord or Imperial general feels the monks have overstepped their bounds.

Modern martial arts are almost entirely divorced from these roots, so it’s inconceivable that the government would consider the UFC to be a hotbed of discontent and rebellion, and forcibly shut down the organization to prevent an insurrection, or to punish an MMA promoter for his political views. The worst we can expect are legal battles in New York and television bans in Germany.

But for most of China’s history, being persecuted, killed, or imprisoned, along with having all of your belongings taken, your home burned to the ground and your family name reviled for a generation or two was a real possibility for organized martial artists. In fact, the Shaolin Temple has built its legend upon such an event, sometime in the 17th century, in which Qing generals descended upon central Henan Province, burning and looting as they went, in retaliation for a supposed alliance between Shaolin warrior-monks and the recently defeated Ming Dynasty.

Scholars debate whether or not it ever happened. And if it did, whether or not it resulted in the Five Masters fleeing to the south and forming the Southern Shaolin Temple and giving birth to Wing Chun, Hong Gar and eventually Karate. Some say the Southern Temple was the one burned down, and the Northern Temple is somewhere near the border to Korea, not in Henan. As with most things kung fu, myth and legend shroud the truth: True events become wuxia kung fu stories, stories become Shaw brothers movies, movies become the About Us page on American kung fu dojos.

Kuomintang General Shi Yousan was a product of his time. In post-Imperial China, the power vacuum sucked every two-bit warlord and his buddies into a battle royale for supremacy over All Under Heaven. Everyone betrayed everyone and no one did it better than General Shi. He is famous for two things: being the ultimate Judas from 1927 to 1941 and for burning the Shaolin Temple to the ground. 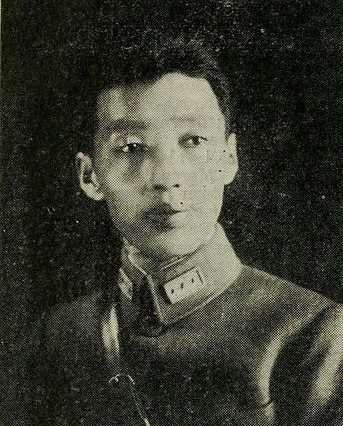 Before he went on his turncoat spree, General Shi was tasked with the cleansing of Henan Province of bandits, warlords, and other anti-government forces. The order came from Chiang Kaishek himself, and was part of a massive expedition to rid northern China of any pretenders. The big warlord in Henan was a man named Fan Zhongxiu, who also happened to be a good friend of the abbot of Shaolin. Warlords during this period are basically local gangsters, so the warlord of Henan is going to be tight with all of the other upper level officials and personalities of the area. When General Shi and his army arrived, Warlord Fan scurried off to his monk friends who foolishly took him in. The warlord and some monks escaped before the Koumintang army could capture them, so General Shi put the place to the torch.

The temple and any building within walking distance burned for 40 days and 40 nights. Any relics that weren’t embedded in stone were lost, including old tomes and manuals, histories and commentaries, sutras and artwork. Buildings that had survived the real and legendary predations of the Qing were reduced to heaps of ash. The surviving structures are a fraction of the original temple, but they were enough for a foundation.

The chaos of the first half of the 20th century gave way to the Communist era, in which martial arts were outlawed, Buddhism was a reactionary poison, and monks and masters had to hide out or flee abroad. Although wushu had been an accepted form of martial arts under the Communist government since the late 1950s, the first wushu teams to perform and compete nationally came out in the mid-1970s. It wasn’t until after the Cultural Revolution (1966 - 1976) that martial artists could be sure that they wouldn’t be persecuted.

It would take almost 50 years after the razing before the Shaolin Temple was operating normally again. But whatever it took, the monks had learned their lesson. Under the current government martial arts are sport or entertainment and the temple is in lockstep with this view.

In a country like China, however, the martial tradition can never be completely separated from its roots as a tool for social justice. There have been a few reports coming out of the sticks regarding martial artists fighting thugs, or defending farmers from predatory developers and unscrupulous officials. It’s a kneejerk reaction in China, given the wuxia tradition and legends of the Shaolin masters, to call upon martial artists to defend the weak and protect celebrities and officials, who are nothing more than the modern incarnation of a warlord.

Given this tenuous yet so far still inescapable connection between Chinese martial arts and social justice, expect the Shaolin Temple to remain decidedly apolitical, pro-government and pro-business. Or risk the torch.