Real American Wrestling: The Rise and Fall of the RAW Team 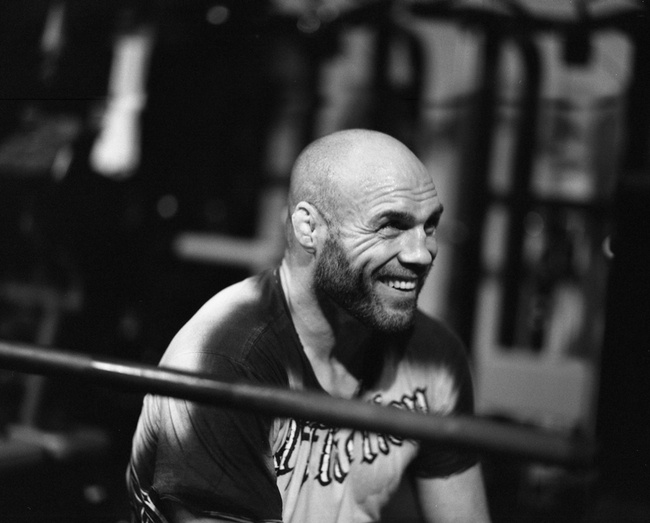 With few exceptions, wrestlers have taken over the sport of Mixed Martial Arts (MMA). Cain Velazquez, Chris Weidman, Jon Jones, Johnny Hendricks, Daniel Cormier, and Frankie Edgar are just a few of the wrestlers that control the battle for the belts.

My first exposure to wrestling came about in 2002 when I went to Japan to interview and train with Kazushi Sakuraba, the shining star of MMA at the time. The few hours I spent at Takada Dojo watching and working out with with Saku forever changed my understanding of martial arts.

At the time I was studying BJJ and believed it the ultimate martial art, having proven itself almighty in the Octagon. Five minutes on the floor with Sakuraba told me a different story. His movement was foreign. When I expected him to hip escape and face me, he instead bridged and rolled away. He took my back and didn’t bother to put his hooks in before he choked me. He passed my guard on the takedown. Every match started on the feet. The irony was not lost on me that a Japanese guy doing western wrestling was beating Brazilians dressed like medieval Japanese. It was a problem doing BJJ against a wrestler—a powerful revelation. Like many kids of the 70s, I was raised on Orientalism. My white mom wore a kimono to parties. We watched Godzilla and ate sushi. Bruce Lee was sexy and Kung Fu was real.

I returned to the US determined to find a place to train that captured both the spirit and movement I experienced that day. I read about Frank Trigg (with a rare afro) and Rico Chiapparelli in an article from the now defunct Grappling Magazine. It detailed their methods and training at the Real R.A.W. (Real American Wrestling) Training Facility in El Segundo, California (now called R1 Gym and located in nearby Inglewood). The article described a style with wrestling as its base and Chiapparelli as the maestro who had figured out how to apply wrestling to the emerging MMA game. A mere 20 minutes away, I grabbed my gear and drove to the gym. It was impossible to find the place. Only after two more trips to the area did I finally locate the entrance. What I found was not what I was looking for—it was better.

Nothing prepared me for the culture at R.A.W. It was an animal factory. After my first successful double leg, Trigg pulled me aside and laughed as he shook his head and dressed me down with a series of pointed questions. “What is that? Why is your head down? Why do you flop on your back? Why do you finish with your dick up? You do know what a dick is, right? Where did you learn that?” He picked me apart and made me drill the movements over and over, making numerous corrections and cajoling me into both understanding and being able to do the movements. Despite years of Kung Fu and BJJ and a smattering of other Asian martial arts (and Little League for that matter), it was my first experience ever being coached, as opposed to simply being shown moves to emulate.

Fighter Practice was even further down the evolutionary chain, although I’m not entirely sure which direction. The sessions were impossibly hard and rough on outsiders, who regardless of pedigree or fame, were soundly beaten into submission as much for primal reasons as to prove the gym’s methods were the best. Chiapparelli was always there, presiding over the sessions and working with the fighters.

Despite the recent departure of Dan Henderson, Randy Couture, and Matt Lindland, it was still home to many of the best and brightest stars of the time, tough wrestlers headed for the top. MMA up-and-comers like Lyoto Machida and Mac Danzig were just getting their start as an international selection of fighters streamed through the door, including the likes of Ronaldo “Jacare” Souza, Takanori Gomi, Babalu, Josh Barnett, and Karo Parisyan. Other former teammates like Couture regularly returned to train. If you wanted to understand the highest iteration of wrestling for MMA then you had to make the pilgrimage to R.A.W. 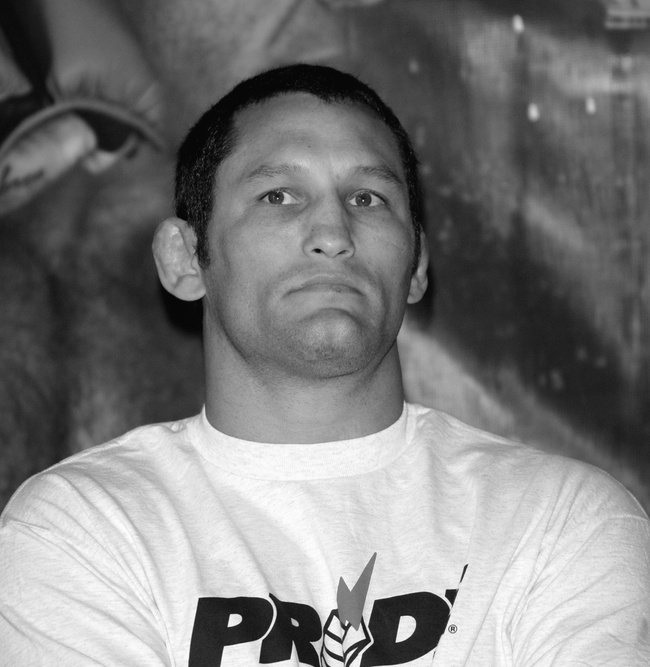 The R.A.W. Team launched sometime in 1997 with Tom Erickson, Randy Couture, Matt Lindland, and Dan Henderson. Trigg and Vladimir Matyushenko joined a bit later. Mark Coleman and Hammerhouse were on the scene, but were considered less sophisticated in their approach, operating more as a loose association of fighters than a team and laboratory.

The basic premise of Chiapparelli’s teachings was that wrestling connected the space between striking and ground fighting so it should be elevated, not avoided. It was a system and Chiapparelli was its point of origin. It yielded immediate and impressive results, and there was no more fitting advocate for his approach than Chiapparelli, himself a World Cup winner and former national champion. Chiapparelli analyzed each permutation of every position and developed a strategy to achieve dominance. While all techniques were considered, they had to fit into the wrestling and vice versa, and they had to represent best practices.

R.A.W.’s stable of wrestlers-cum MMA fighters was the first that saw wrestlers ascend to the top of the sport, something Chiapparelli did not believe was an accident. In an unpublished interview with Chiapparelli sometime in 2002, I asked him why wrestlers were having such great success in MMA. He argued that wrestlers were “real martial artists,” guys who are real athletes competing at a high level, not some guy claiming to have “…learned a secret technique from some hermit in a cave.” They were a proven commodity and the stock and trade at R.A.W.

The R.A.W Training Center first opened in 2000 when Chiapparelli partnered with decorated wrestler Chad Zaputil and Trigg, then making his way to the UFC via various organizations. The team (and gym) motto was “Anyone, Anytime, Anywhere” and Chiapparelli wanted fighters who were willing to fight at a moment’s notice. It was one of the first super gyms that applied a disciplined approach to fighter training, including technical, physical, and psychological preparation.

An interesting aside is Frank Shamrock’s early and short lived involvement with the R.A.W. Training Center. Howard Liu (of HCK fame), a longtime sponsor of Couture, stated that “Shamrock was only there about three to four months and then went back to San Jose. Shamrock actually found the space in El Segundo.” Shamrock’s departure was not a cause for concern. According to Trigg, Shamrock never fit in with the wrestlers, nor did he adopt the gym ethos.

Aside from the accolades as a coach, Chiapparelli was regarded by many to be one of the finest grapplers ever. As a wrestler, Chiapparelli was a three-time All American, won the 1987 NCAA national championships for the University of Iowa, and was a World Cup winner. Dan Gable called him one of the “all-time greats.” He even had a move named after him called the “Rico Roll.” He started learning submissions at Renzo Gracie Jiu Jitsu in New York, but soon after went out on his own after he was made unwelcome at the gym for cornering Tom Erikson against a Brazilian at the Brazil Open in 1997. 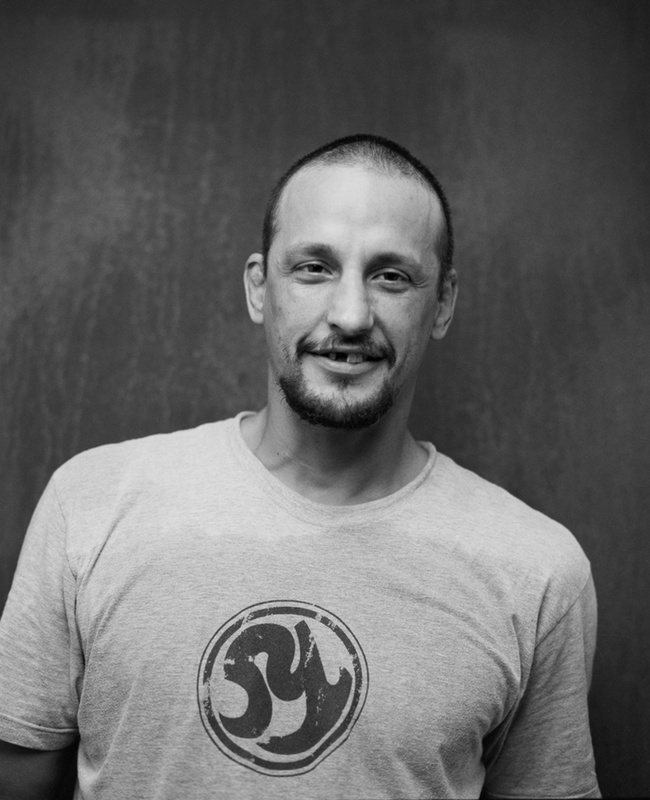 Chiapparelli, as manager, believed the best strategy was to chase the biggest paydays. He argued the belts were all but meaningless. In the same unpublished interview in 2002, Chiapparelli said, “The UFC title doesn’t mean anything to us…You can fight for the title in your first fight. There’s no rhyme or reason to it. It’s not a sport. It’s a joke.” This money-first strategy first caused problems when Randy Couture, then UFC Heavyweight Champion, opted to chase the money to Japan at Shooto instead of build his name and career in the UFC. It seemed a smart strategy until he inexplicably lost to Enson Inoue in the first round.

According to Chiapparelli, many fighters were prone to dropping out at the last minute, which he saw as an opportunity to break his guys into the big leagues on the best possible terms. “Ninety percent of fighters don’t want to fight,” said Chiapparelli. “They want other things like movie careers and MMA is their platform. Our guys will fight anybody.” It was a strategy that almost paid off when Matyushenko unsuccessfully faced Tito Ortiz as a last-minute replacement for a psychologically broken Vitor Belfort at UFC 33 in late 2001 (thanks to Randy Couture). The loss defanged Chiapparelli in his dealings with the UFC as they refused to deal with him on any contract negotiations from that point forward. Things might have turned out very differently had Matyushenko won the championship, or if Couture had never gone to Japan.

Chiapparelli had to utilize a go-between to set up the fights for Trigg, who pulled defeat out of the jaws of victory in his unsuccessful runs at the Welterweight Championship in 2003 and 2005. At this point it was effectively over for the R.A.W. Team.

In an interview with Boxing Insider in 2011, Chiapparelli acknowledged some missteps, including his great embarrassment in “…not having a guaranteed contract with Vladimir Matyushenko. I thought he’d blow through Tito Ortiz. He lost in five (rounds). I should have guaranteed all three fights. It was embarrassing when Tito beat him. Tito was not even a credentialed wrestler, he wrestled in junior college. Matyshenko was a highly credentialed wrestler, a USSR champ, and European championships silver medalist in freestyle.” Unfair or not, one fighter after another left or was pushed out of the R.A.W. Team to pursue their careers on their own.

In a short interview a couple of days ago, Trigg described Chiapparelli as the finest coach in the history of MMA. “From a coaching standpoint he did everything and more. He provided access to championship fights and we blew it. We simply did not perform.  That wasn’t his fault.” He elaborated, “R.A.W. was the best team of the era, if not ever. But it was too early in the game. Today’s camps pull 50-60 fighters. Look what Chiapparelli did with less than ten guys.” But as a manager, an area where Trigg believed Chiapparelli was maybe lacking was with regard to listening to the needs of his fighters, who felt they needed more competition. “We wrestlers needed to fight more. Waiting for a contract dulled our edge. We were used to competing all the time.”

The change from R.A.W. to R1 signaled the end of an era and the shift in focus from fighters to students. The change was necessitated by a copyright challenge issued by the WWE who used “RAW” to promote their Monday night television programming. Today, Chiapparelli remains one of the most knowledgeable and enigmatic coaches in MMA. He still owns and operates the R1 Gym and hosts fighters from around the world. Next Monday he hosts Sergei Beloglasov for a week of training with the two time Olympic Gold Medalist and six time world champion.