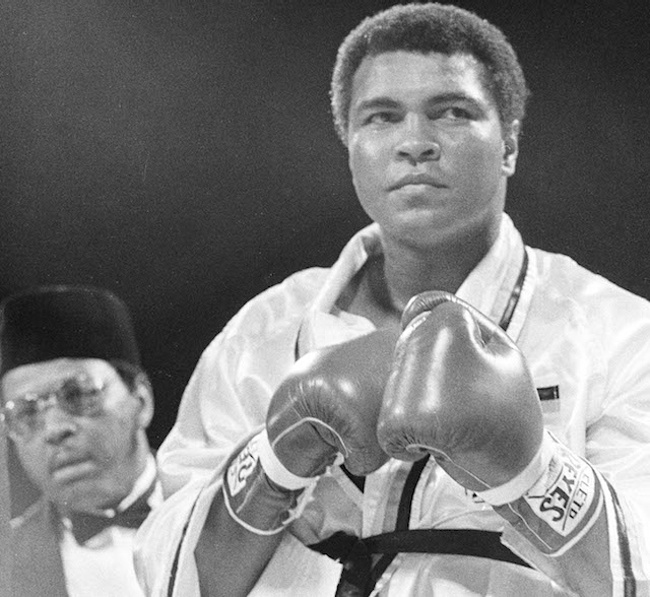 On Thursday, Muhammad Ali was hospitalized in Phoenix for a respiratory issue but was said to be in "fair condition." Ali's spokesman also said the hospital stay would be "brief." Today, according to a report from Radar Online, the situation seems much worse. Radar spoke to Ali's ex-wife Veronica Porsche, and she told the outlet that her daughters she has with him, including Laila Ali, flew to Phoenix to be with him.

"My daughters have both flown there and I will be hearing from them when they arrive at the hospital," Porche, who was married to Ali from 1977 to 1986, said.

"I can't comment more than that but I will say it is not so great, I'll just say that much. He's a real hero. It's a sad situation."

Radar also heard from his previous ex-wife, Khalilah, and she said one of her daughters was also on her way to the hospital. An unnamed source close to Ali says that his vitals "are terrible," while another says that "doctors are telling the family that it likely won't be long until he passes away." Ali was diagnosed with Parkinson's syndrome in 1984 and, according to the Mirror, it is complicating matters now.

"Like in the ring, Ali is a fighter on the ward," said a source. "Doctors are working to regulate his breathing put it is being hampered by his Parkinson's.

"His children are all extremely concerned and dropped everything to be with him. They fear the worst.

"Ali is everything to them and there are worried his problems are worse than first feared."

The boxing legend has been hospitalized several times over the years, most recently in 2015 for a urinary tract infection and in 2014 for pneumonia.