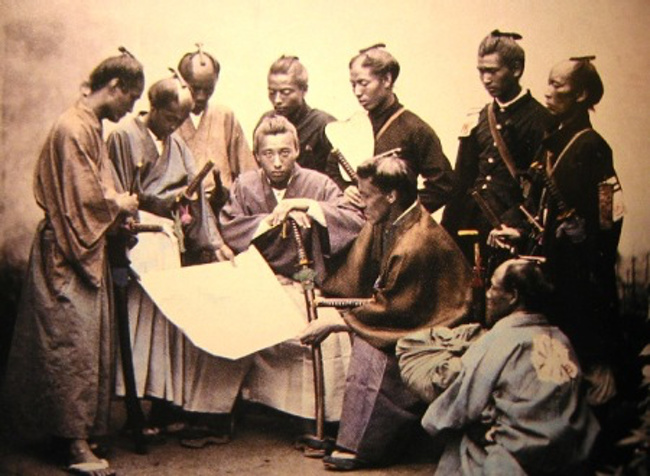 Martial artists are raised on a liberal diet of respect. Respect for your master-teacher. Respect for the game and your opponent, and respect for yourself, for getting out of bed and having the will to train day in day out while the rest of the world treats minor backaches with covered chiropractic care.

My experience with respect and martial arts was primarily in the Chinese martial arts, where the master-student relationship is modeled on father and son and what still remains of the Confucian ethos. The hierarchy within the school is strict yet natural. I rarely saw infighting or rebellion, and if so it was subdued and never out in the open, where the authority or status of an “elder brother” or the master could be challenged. Not to say it doesn’t happen, just a rare occurrence as far as my experience and the stories I’ve heard go.

I recently stumbled across a very in-depth look at Bushido, the samurai ethos that has seeped its way into our culture and colored our view of Japanese warriors. Some of you may be surprised to learn that Bushido as we know it is a manufactured concept, driven at first by a well-meaning Japanese polyglot in the early 20th century, and then propelled by the militaristic state. Point is, the idea of the samurai as honorable to the point of irrationality is pretty irrational. In fact, samurai probably spent most of their time raiding, pillaging, and getting paid as best they could.

But within their known circle, in relations with their masters, clan, dojo, and compatriots, there was a form of Bushido that helped establish a natural hierarchy, similar to what I witnessed within many Chinese wushu and kung fu schools. It’s an Asian thing as well, to defer to the eldest, but it’s also a martial thing, to show respect to the master and the students he taught before you.

Kung fu masters in China are constantly talking smack about each other. This or that master doesn’t practice real kung fu; this or that style is weaker than our style; that guy is corrupt, this guy is a charlatan. It’s the macho version of the sewing circle. Everyone talks shit about everyone else in the fight world, and only the truly great fighters—guys like Fedor—are universally considered untouchable and outside the scope of disrespectful talk. 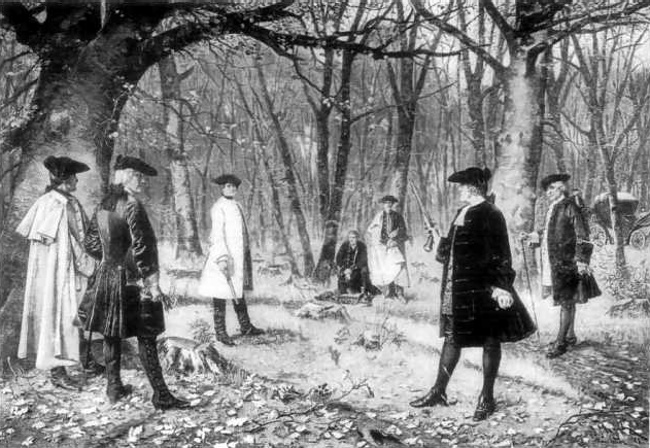 I bring this up because if you too have been watching the Aldo-McGregor world tour, than perhaps the issue of “respect” has popped into discussions you’re having with your buddies, real or virtual. Conor is a disrespectful bastard: calling Jose Aldo a pussy and a bitch, snatching up the belt, insulting his country and generally taking each and every opportunity to demean the champion in front of as many people as possible.

Wolf tickets? Probably. Against the unwritten martial code? Only if you believe a code exists that demands you respect your opponent and his achievements. The whole idea of MMA is to settle all of this talk in a setting that levels the field as much as possible.

Bruce Lee and all of his contemporaries talked about each other incessantly, and because there wasn’t a forum to have it out, all we have now are competing narratives. Same goes for the early 20th century matches between kung fu guys and boxers; wrestlers and taiji practitioners, samurai and pirate, pirate and monk. Disrespectful yapping before a fight goes way back. Even scripted almost brawls are timeless institutions of the fight game.

The only thing that separates Conor and his carnival of shit talking from the many other insulting comments traded back and forth through out the history of martial arts is the size of the stage. The UFC has this thing down now, whereas before with guys like Chael or rivalries like Shamrock - Severn, there wasn’t a template and strategy in place to harness all of the disrespect and toss it at the fans in an organized, well-packaged fashion. The UFC’s current social media fueled PR game is absolutely on point.

As for respect? Sometime during the bout in July, one or both fighters will be forced to respect the man opposite. Until that time comes, there is no boundary, no ancient martial code that makes Conor’s WWE antics somehow crossing the line. Conor has obviously swallowed the Blarney Stone, so it’s unlikely that he’ll stop talking until someone demands his respect in the Octagon.