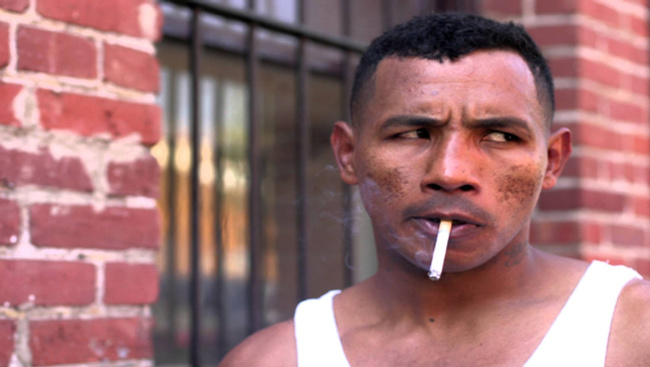 Boxing is full of many sad truths, but perhaps the saddest, the one that illustrates the shrouded asymmetry the sport often embodies, is that you can always find someone you can beat.

It is this, ultimately, that allows for fighters to compete well after they should be competing.

The construct of the sport, with weight classes and varying bout lengths ostensibly serves to keep matchups symmetrical and fair. But the industry's lack of barriers of entry—which in itself also makes the sport great—combined with the illusion of safety and equality of all contests, creates opportunities for former top-rung fighters who should have retired to slowly crawl down the blood-smeared ladder.

The latest instance of this came last weekend, when former two-division champion Ricardo Mayorga returned to the ring once again to face journeyman Jaudiel Zepeda.

Mayorga was once the lineal welterweight champion, a legitimate junior middleweight titleholder, and one of boxing's premier television draws. A gutsy brawler inside the ring, Mayorga was also willing to play the role of the villain to cartoonish lengths never seen before in boxing. Personal animosity between fighters is commonplace, as is a standard level of braggadocio, but never before had someone stepped onto the scales while smoking a cigarette or shown blatant disregard for both his opponent and the sport's decorum.

As time went on however, the joke became sad, and tired. After he was stopped in the final round by Shane Mosley in 2008 in an HBO main event, “El Matador” was through with boxing for good. Until he returned in 2010, in 2014, and 2017, with the danger and pointlessness of the return increasing each time.

Due to his name value, and the guarantee that he will do something outlandish, promoters have financed his return—with the overhead being smaller and smaller every time—knowing that no matter how tiny or otherwise insignificant their event might be, Mayorga's antics at the press conference and weigh-in will bring attention to it and make word of the show go viral.

On April 1 of this year, Mayorga stepped into the ring to face Zepeda. Unlike recent Mayorga fights against Shane Mosley and Miguel Cotto, this one did not find a home on North American television. His antics prior to the bout were tame by his standards—he slapped Zepeda at the weigh in, and both men then simply stood there as their team members separated them. It was as if Mayorga knew he had a character to play, but had barely the energy to really act it out. More so than before, he was like an old broken down professional wrestler squeezing into a singlet on Sunday afternoon at the local flea market and lumbering through his signature moves for gas money.

The fight itself would prove to be even more farcical. The Nicaraguan television broadcast was so littered with advertisements that it felt as though you were watching illegally on a streaming website. Giant pop up ads hawking phone plans for $30 a month, $32 a month, $5 a day and more took up so much of the screen that the fighters' waistbands were barely visible at various points during the fight. After the second round, a female host appeared to offer the audience the opportunity to win a motorcycle. The bike was barely shown, as it was entirely underwhelming—as Morgan Campbell pointed out on The Mandatory Challengers podcast, it appeared as though this was not a new motorcycle, but just someone's motorcycle they were giving away. 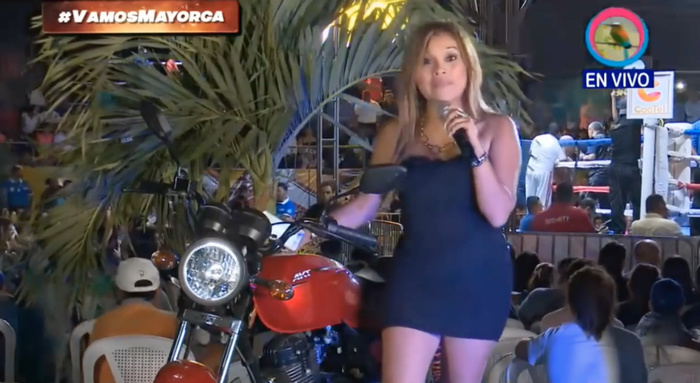 It was as far away from the air tight, glitzy HBO productions Mayorga had become a household name on as recently as nine years ago as one could possibly get.

Inside the ring, the action was no less pitiful. While the tale of the tape graphic showed an image of a world champion holding three belts circa 2005, no fighter of such ability existed on this night. Mayorga and Zepeda pushed punches at one another in the manner a couple of recreational boxers might if they agreed to “just move around and jab a little” at the end of a workout. It was unclear as to what degree these fighters were simply faded, and to what degree they were cooperating. The fact that such a question had to be posed at all is proof that it's a mixture of both. The fight ended when Mayorga hit Zepeda with a fairly insignificant looking body shot, causing him to turn around. The referee immediately waved the fight off, a local cameraman was already on the apron snapping photos and Mayorga was celebrating his victory. Zepeda put up the bare minimum amount of protest—extending his arms and shrugging his shoulders before his cornerman removed his mouthpiece. It was proof that at least two of the three—but quite possibly all three—of the parties inside the ring knew that the deal was, and perhaps the cameraman too.

These are the only types of fights Mayorga can win at this point in his life and career. Whether you believe Zepeda to be completely inept or on the take, it took a level of competition that low, artificially or otherwise, to safely get him a victory.

Even during his prime years, Mayorga lived a hardscrabble lifestyle. An unrepentant smoker and hard partier, Mayorga was once able to negate the damage of his vices simply through the virtue of youth. Even though leading up to this fight he claimed he was running 50km a week, it was clear he hadn't truly changed the way he lived. His demons, combined with the damaged accrued through his years of combat, have left him to the point that he was beaten up by mere civilians at a gas station prior to last Christmas.

Logically, this would indicate that fighting professionally is no longer something you should pursue. But back to the old truth about boxing—you can always find someone you can beat.

It would indeed be better for fighters to retire before they pass their prime, the way Rocky Marciano did, but is that really what's best financially? Almost all of boxing's biggest money fights featured at least one past his prime fighter, and oftentimes both. Sometimes the combatants were shot to pieces, sometimes simply slightly past when they would have been considered to be at their peak, but prime fighters almost never face one another, and when they do, it's not the spectacle the quality of the fight deserves.

"Ricardo Mayorga is a showman, he has already sold all the tickets. His return to boxing is for two reasons, to earn money and to secure a fight with Antonio Margarito,” promoter and former world champ Rosendo Alvarez told ESPN Deportes prior to the bout. "He needs to earn money to help his children and family. He passed all the tests demanded by the Nicaraguan Boxing Commission. The objective is to do three continuous fights depending on the result of April 1 bout and maybe later he can go with Luis Ramón 'Yori Boy' Campas and after two fights we could make an offer to Margarito."

Neither Margarito nor Campas should be fighting anymore either, medically speaking. Margarito has a surgically repaired eye that doesn't quite look right, yet manages to satisfy Mexican commissions to this day. Having started boxing professionally in his mid-teens, Margarito has no education, no other skillset and an unyielding desire to either atone for or profit off his checkered past. Campas, meanwhile, is 45 and while he retired with a disqualification victory in 2016 in a fight that is still yet to be officially sanctioned as a win, still wants to return for a 127th professional bout. When we last spoke in 2012, prior to another supposed retirement bout, I asked him what else he knows how to do. It took him a full minute before answering without much confidence, “I know how to make tables?”

A matchup between either one of them would fall into a category we all too often file things in boxing: It could be worse. As fans and members of the boxing business, we're required to bend our morality and our better judgment. Unfortunately, we have seen the worst of absolutely everything in this sport. We've seen deaths in the ring, fighters coming off brain bleeds returning to sparring, deplorable human beings become worldwide phenomenons, and brave men and women ripped off in any number of ways.

It always could be worse, because it has been worse, and we will almost certainly see worse again. So when Ricardo Mayorga wants to return “so his kids can see him fight,” even though they never should, so long as he's facing another incapacitated faded star, we simply turn our palms upwards and shrug just like Jaudiel Zepeda. We protest, but not all that much.

Evander Holyfield Will Box a Former Nigerian Politician in May