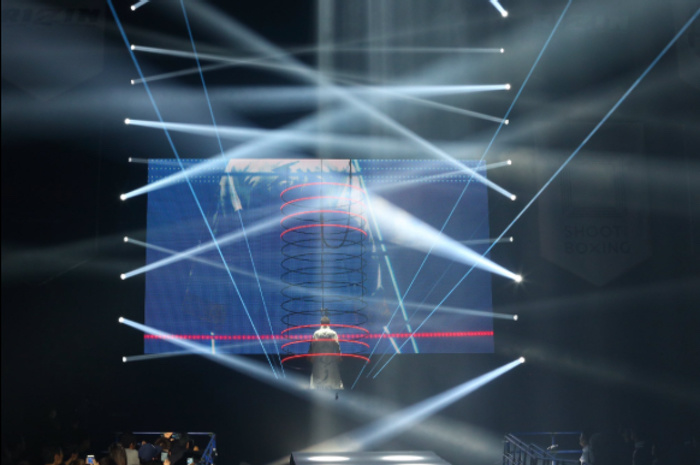 Everyone knows 'the deal' with Rizin. Freak fights, no drug tests, and unapologetic pandering to the nostalgia of PRIDE fans. Yet in their third event the plucky Japanese promotion pulled off its third good card. It doesn’t have the best fighters in the world, they don't even seem like they want them, yet Rizin has been able to do something which even the top promotions in MMA can only do two thirds of the time: they entertained the viewers. Yes there were some old men wheezing, and yes there were some obviously 'enhanced' athletes, but there was also a good amount of high level mixed martial arts on show from both the old timers and the young guns.

The D-side and the Guillotine

One of the most legitimate talents that Rizin has under contract is UFC veteran, Daron Cruickshank. With two finishes under his belt in Rizin already, over sub-par opponents, Cruickshank was matched with the long time veteran of the Japanese circuit and submission machine, Satoru Kitaoka. The early exchanges were ugly as the ground-averse Cruickshank leaned forward of his hips, trying to get off straight blows as Kitaoka stepped in to trade with him. Cruickshank took a hold of the momentum of the bout off an unusual knockdown. As Kitaoka ran in to swing once more, Cruickshank used a defensive side kick (the 'D-side' if you're down with the point-fighting kids) to bar space. Many point fighters will actively turn their back for their defensive side kick so that it is almost a wrong-side back kick, with the intention of running away afterwards. Very different from a powerful offensive side kick, this was the variation Cruickshank used. But the ropes were behind Cruickshank and he had nowhere to run, as he tried to return to his stance he threw out a back fist and, quite unexpectedly, turned Kitaoka's head around.

The knockdown provided the confidence that Cruickshank needed and he began to find his mark with his right straight both in combination and on the counter against the Japanese southpaw. Busting Kitaoka's nose open, it looked like Cruickshank was beginning to run away with it. Kitaoka has been around the Japanese circuit so long and appeared to be such a one dimensional grappler that it is easy to forget that he has plenty of experience under fire and can be savvy when he needs to be. As Cruickshank was beginning to find success with every counter, he also began shooting for every opening. So Kitaoka showed a couple of fakes just to make sure Cruickshank was still swinging, then ducked in underneath the right straight and onto Cruickshank's hips. Shots out in the open are responsible for fewer and fewer takedowns in high level mixed martial arts, but when timed under punches they are beautiful to behold. We were, once again, reminded why the ring is so terrible for mixed martial arts as Kitaoka and Cruickshank fell through the ropes. There has yet to be a Rizin event without this happening.

Kitaoka parked up in Cruickshank's half guard and as Cruickshank punched through the underhook and began to come up for a single leg takedown, Kitaoka dived on the guillotine. While it is seen as poor form by most coaches to jump guard seeking a guillotine after being in top position, guillotines as fighters come up looking for single legs are taking more and more victims. This seems to be because it is considerably more common to come up from the floor with the head low than it is to shoot in with the head low in this day and age.

Yuki Motoya showed additional benefits of conceding the underhook from the top of half guard when knees are fair game, against Allan Nascimento in their solidly entertaining bout. Motoya slapped on a vice grip and began to search for the brabo choke, Nascimento desperately attempted to keep his back from being crumpled up, and Motoya landed some stiff knees to the grill as a result. Nascimento surprised Motoya and everyone watching at home by freeing his bottom leg and throwing up an armbar off one of these knees. Motoya defended this, Nascimento came up on the single, and Motoya dived on that guillotine yet again.

While the striking was not much to write home about, the grappling was a solid match up as Nascimento spent much of the fight attempting to clear feet from his hips, split the guard, and drive through with a low over-under pass. While Motoya kept scrambling back to guard and attacking with omoplata's and gogoplatas if he could recover full guard with Nascimento's hands on the mat.

In the main event, Mirko 'Cro Cop' Filipovic turned back the clock and stopped the light heavyweight, Muhammad Lawal. King Mo expended himself attempting to get the heavyweight to the floor, and in the second round was turned around and stunned with an uppercut which put him to the mat.

There is a tendency to think of Filipovic as just completely washed up, but the things which left Filipovic most noticeably in his later career were his speed and his ability to take a shot. In fact, against Roy Nelson, Cro Cop looked as agile and accurate as he had in years, but simply couldn't take the blows. From the first months that he began training wrestling, however, Filipovic took to it like a duck to water. Rather than evade and deny the takedowns of his opponents as so many modern strikers do, Cro Cop walked forward and actively fought off the takedown attempts of wrestlers as powerful as Mark Coleman and Kevin Randleman. The problems only came when he was having to contend with being beaten up on the feet too.

While I find little joy in watching Filipovic compete nowadays, he has on occasion been able to find some interesting ways to make up for his waning speed. In K-1 and Glory, Cro Cop had a lot of success holding and hitting, and that made an appearance in this fight too. His left high kicks are painfully slow coming up compared to those of his young days, but he effectively used that telegraph against Lawal, showing him an obvious loading up of the high kick and inserting the kick underneath Lawal's raised elbow instead.

While the focus of this event was supposed to be the 'ongoing' Rizin open weight grand prix, that tournament started out bad and has devolved into a dumpster fire. Wanderlei Silva and Shane Carwin received byes, then neither actually made it to fight night. Cro Cop fought one from the infinite crop of heavyweight jobbers in Japanese MMA in the opening round, then surprised everyone in stopping King Mo. Amir Aliakbari looked decent but fought retired last minute replacement, Heath Herring. But the other stand out of the tournament has been the unlikely Baruto Kaito.

The Estonian rikishi won the January 2012 honbasho, becoming just the second European to win one of sumo's top tournaments. When you hear 'sumo' and 'mixed martial arts' it is normally cause to groan. MMA fans will only remember having to sit through Akebono and Emanuel Yarborough. One ancient, injured, and just desperate for a payslip, the other not really a particularly gifted sumo wrestler to begin with. Baruto is interesting because he retired from sumo very young due to compounding injuries and, to his enormous credit, seems to be taking MMA a lot more seriously than MMA is taking him so far. Fighting the aged veteran, Tsuyoshi Kosaka—the first man to defeat Fedor if you really want to push the meaning of the word 'defeat'—Baruto was never in trouble for a moment as he stuffed takedowns effortlessly, kneed TK in the head from the front headlock, and smothered the judoka for the full duration of the fight. Each time the fight returned to the feet, Baruto drove in swinging, opened up with good knee strikes to the midsection from the clinch, and even connected jumping knees in the corners: a real surprise from a four hundred pound man. While Joe Warren's commentary was largely insufferable through the event, his observation that Baruto's conditioning was exceptional for an overweight giant, held some water. It was extremely impressive to see Baruto push the pace and continue to attack for the duration of the bout. In fact it was Baruto searching for an americana late in the last round that allowed Kosaka his neatest moment of the fight, throwing his legs up, threatening a reverse triangle, and scrambling up to all fours.

Of course take that all with rikishi sized fistfuls of salt: TK hasn't fought in years and wasn't a great even in his best days, but through Baruto's three MMA fights against washed up veterans he has shown some interesting trips, a better than average knowledge of technique for a four hundred pounder, and some surprisingly decent cardio for someone who is likely unable to do roadwork due to his weight.  And at thirty-two he is positively a spring chicken in mixed martial arts' heavyweight division.

It might not be the best fighting the best, but Rizin has hit on something that teases out the nostalgia of even the most cynical long time fan. Not to mention that the younger guys on the cards are decent as well, and the long time veterans of the Japanese scene like Kitaoka can still surprise you in their areas of expertise. Add in everyone's favorite guilty pleasure, soccer kicks, and Rizin is a delicious morsel of combat sports comfort food.