Korean MMA promotion Road FC is the latest outfit to enter the Chinese market with an event scheduled for December 26th in Shanghai. This is only the second event Road FC has put on outside of South Korea, the first was last August in Tokyo. They’ve managed to bring on several of China’s largest tech companies as sponsors including Xiaomi, Tencent, Qihoo360 and Baidu.

You may not have heard of any of these companies, but together they run a large chunk of the Chinese Internet and cell phone market and are worth more than $300 billion. Xiaomi, “China’s Apple,” is worth somewhere around $50 billion; Tencent dominates social media in China and is worth about $200 billion; Baidu is the Chinese Google and is worth about $70 billion. Qihoo360, a software company, is the smallest of the big tech sponsors with a mere $11 billion net worth.

The partnership between Road FC, the Chinese tech giants, and Korean tech company Kakao has a slogan, “New Wave MMA, Road FC,” and big plans that include more events in China for 2016. There is talk of apps and games and other business ventures, which is very interesting because when it comes to monetizing the web, few have had as much success as Tencent. The Chinese market is particularly well-suited for e-commerce and online marketing strategies and the fact that Road FC is wrapping their events up into a tech-savvy and forward thinking partnership with China’s heavy hitters bodes well for them and the Chinese fighters they sign.

An app created by Kakao and Qihoo360, promoted vigorously on Tencent’s dominant WeChat app, and hardwired into every phone Xiaomi sells will succeed. If that app is MMA-themed, or just features MMA content and advertising, then any exciting fighter involved in that venture can make a lot more than $20k/$20k with the right contract. Even McGregor-money is not out of the question with partners like these guys. 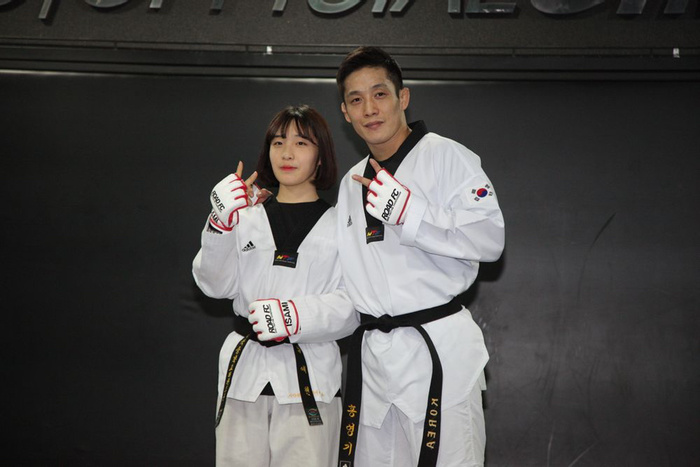 This is big news for the Asia MMA market. All those Chinese fighters caught in limbo after the UFC cut basically everybody from the roster have a place to go that should be able to pay good money and keep the fights coming. OneFC has a big time competitor now, and all of those smaller domestic promotions will most likely find themselves falling in line as the hierarchy starts taking shape. Although the UFC is out of the picture in China—and in much of the rest Asia for that matter—the development of a real market and MMA industry in Asia following the dissolution of several big and small time players is a good thing. Eventually, the system will crank out a steady stream of world class fighters who can represent Asia on the world’s stage.

The card is an interesting one for fans of Asian MMA. There are a couple strong Korean fighters, including Myung Hyun-Mana and Hong Young-Ki. Several Chinese stalwarts are on the card as well as a solid Japanese veteran. Mighty Mo fights in a rematch with Choi Mu-Bae, the guy he KO’d in 37 seconds just two months back. Some very big men will compete in the Openweight Tournament, including seven-foot tall Choi Hong Man. Choi lost to Fedora and Cro Cop, split two fights with Mighty Mo and TKO’d Jose Canseco. His most recent fight was a first round KO loss to Carlos Toyota at Road FC’s July event in Japan.

Mongolian Aorigele and Korea’s Kim Jae-Hun are also competing in the tournament. You can see these two doing their Jones-Cormier impression below.

One of the best fights on the card features China’s Zhao Zilong versus Japan’s Ikuhisa Minowa. Zhao is a decorated Sanda champion and coach who is widely recognized in China as one of the best Sanda competitors the country has right now. He commands a lot of respect in China and his fight will probably be watched the closest by Chinese fans. He fought for the now-defunct RUFF promotion and then bounced around smaller Chinese promotions and gyms before this fight with Road FC. He’s a knockout artist with a very basic ground game.

His opponent is the Japanese veteran, Minowaman, who will be competing in his 100th fight this Saturday in Shanghai. Minowaman has fought and been KO’d by Rampage, Cro-Cop, and Wanderlei Silva; he also has the distinction of almost having submitted Sakuraba before being submitted himself. Honestly, these Japanese fighters are incredible. They’ve fought all over the place, for every promotion under the sun. They dabble in MMA and pro-wrestling … tend to have nasty submissions skills. On the tier just below the UFC, Japanese fighters are feared and respected. Minowaman fits the description. He could in all likelihood submit Zhao at any point in the fight, but Minowaman likes to do flying strikes as much as he likes to take people down to the mat, so maybe there will be some fireworks.

Former UFC TUF winner Zhang Lipeng is on the card. He’s fighting a Taekwondo master, Hong Young-Ki. Zhang was cut from the UFC after losing to Chris Wade and Kajan Johnson in “wrestlehump” face-offs that probably led the UFC office to conclude that, even if Zhang made strides, he’d always be a bit of a boring grappler. It will be interesting to see how Zhang does against a pure striker.

Should be an entertaining card. For those of you not in China, here is the link to the live stream.