Robbie Lawler versus Carlos Condit: The Minefield of Judging a Fight 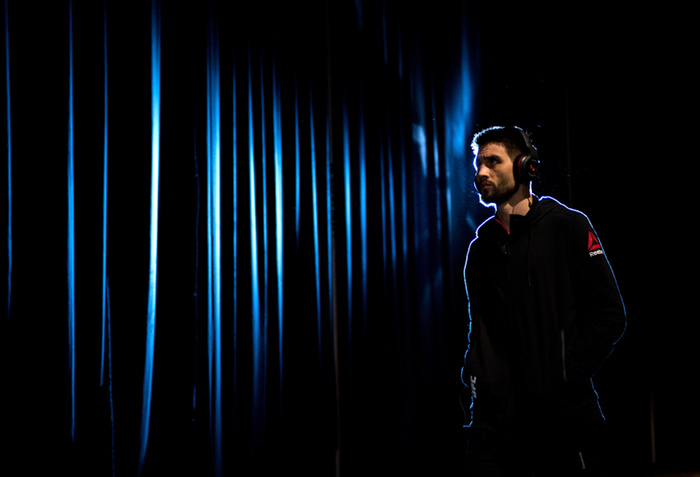 It's hard not to feel for Carlos Condit. His career is winding down and his shot at Robbie Lawler's UFC welterweight title seemed like a favor for time served more than a reward for his recent performances which have been largely underwhelming. Yet against Lawler, considered the division's most dangerous striker, Condit put on the performance of his life, outlanding the champion by a tremendous margin, and still found himself on the losing end of a split decision.

The result has opened the door for the usual debates over scoring method and criteria, with many keen to call robbery. The ten point must system of judging has been considered inadequate by most in the MMA game for a long time but the main barrier to scoring fights consistently comes down to scoring criteria and which take precedent over which others. For instance, the old play off between volume and power. Fight Metric and the UFC's own statistics have Condit landing almost a hundred more strikes than Lawler, who only landed ninety-three himself. Undoubtedly, Lawler is known as the harder puncher, and was able to hurt Condit several times when he connected, but are we to treat it as if every Lawler strike is worth two of Condit's? Were that the case, it would be hard for fighters like Michael Bisping or Forrest Griffin, famous non-hitters who still out-struck their opponents, to even win a round. If you are out-landing an opponent by almost one hundred percent, it is safe to say that you are out-striking them because the art of striking is about landing blows and avoiding the same.

But equally, there is an argument to be made for quality over quantity. Certainly, while Condit hurt Lawler enough with his strikes, many of them were slapping low kicks which produced little effect—I'm terrified to open the “leg jabs” jar of worms again. It is also worth noting that Condit's connection rate was pretty poor, he threw five hundred strikes to land about a hundred and eighty, keeping a thirty-five percent connection rate compared to Lawler's far more judicial fifty-one percent connection rate. That is to say that Condit was throwing an awful lot of muck at the wall to get some to stick. A perfectly legitimate method, in fact that is the entire reason we have combinations—the recognition that one strike at a time just doesn't work against the best fighters—but if there's one thing I hate about judges it is their penchant for awarding activity for the sake of activity. No one in MMA has benefited more from this than Leonard Garcia and Diego Sanchez. Grit your teeth and swing wild and you might land one in eight thrown, the judges will still score you the round on appearing to have done something while the fans go wild for your swings. But we can't get into literally counting connections, look how poorly that works out in Olympic boxing.

Then there is the sticky wicket of “octagon control”. Yes, being the man in the centre while the other man is along the fence can be a position of tremendous advantage. More often, in MMA, it happens by accident and the man 'controlling' the octagon does nothing meaningful with it. For instance, in the early going of Albert Tumenov versus Lorenz Larkin, Tumenov was moving forwards, cutting the cage, and placing Larkin along the fence. Then he would step in with a one two, Larkin would circle out, and nothing was gained.

One of the few moments of useful work along the fence, herding Condit into the right hook.

For much of the fight, Carlos Condit was putting himself on the fence—a flaw in his ringcraft which has been apparent in all of his bouts, spare his disciplined showing against Nick Diaz—while Robbie Lawler was doing little of note. In fact, Lawler seemed to have regressed from his bout with Rory MacDonald. Against MacDonald, Lawler had crisped up his left straight and added a nice southpaw jab. He was power channeled through method. In the Condit bout, Lawler's plan seemed to be to take kicks on his arms and legs, and swing back wide hooks while his corner begged him for a jab between rounds.

Condit impressed by being far more varied than usual. He can often get into the habit of running in with the rear straight, lead uppercut combinations and getting hit each time. This was painfully obvious against Thiago Alves.

But against Lawler, Condit showed remarkable variety. Kicking, boxing, and only charging into his running punches every so often. It was one of these running flurries which dropped Lawler in the first round.

And it was one of these running flurries that got Condit dropped by Lawler a round later. Whenever Condit got clipped, it was normally as a result of his old habit of charging in and giving up his reach advantage. It's made worse by Condit's tendency to lean back at the waist, with his head straight up in the air, and trade punches with his opponent when they are close enough to punch comfortably.

In fact, throwing oneself out of stance and off balance was something of a theme on Saturday night. Cruising towards a decision, Diego Brandao missed a wild lunging elbow and turned his back on Brian Ortega, who was happy to take an anaconda choke, roll into mount, move up to a triangle choke, and roll to his back to finish.

Abel Trujillo also got himself hit with a clean left hook after he swung wide and spent an eternity recovering from his own.

Carlos Condit was also able to use his high kicks to limit Lawler's head movement. Lawler's response to punches is always to roll away or dip to the side while swinging his own over the top, but with Condit consistently kicking high, Lawler was forced to stand up and brace. This left some nice opportunities for Condit to come down from the kick with a punch as Andy Hug and Lyoto Machida loved to do.

Condit also found success with the low kicks which Manhoef and Hendricks used so effectively against Lawler, and the kicks to the midsection which MacDonald showed to be a weakness of the champion.

We even got a Balmoral special out of Condit, a shifting right hook as made famous by Ray Sefo and as used by T.J. Dillashaw against Renan Barao last year.

It was in the final round that Lawler really “went after it” and actually used his ring position to land good punches as Condit was along the fence. For the early going of round five, Condit was in full on 'flow roll' mode, whirling and winding between his techniques in combinations of eight or nine strikes. Then Lawler dropped the bomb and Condit was forced to survive. For much of the final two minutes, the only thing keeping Condit from a TKO loss was the good will of the referee as he wobbled around the ring, eating punches as he tried to swing back. The easy early leader for round of the year came to an end with both men leaning on the fence to catch their breath.

I'm not going to weigh in on one side winning or losing because no amount of bickering will change that. I will say that many of Condit's old flaws were present, but that his outstanding variety and volume did a great job of hiding them. I will also note that Robbie Lawler did what everyone, including me, loves him for—he gritted his teeth and went wild with his back to the wall, and he came damn close to stopping the fight. His ringcraft and the polish of his previous two fights was largely absent, though.  Certainly the kicking game is still giving him trouble which is never good for a man whose favorite place is on the feet in the middle of the cage.

There's a lot to think about now. Is it octagon control if you're walking forwards and getting out-landed, or is it just controlling the pace at which you're being hit? Does a near finish count for more than sustained lesser strikes? Should the fight be judged as a whole or in parts? Is the act of scoring consistently more impressive than the act of inconsistently doing tremendous damage?

Until an athletic commission pays me to fix the judging in MMA it is thankfully not my job to come up with answers. Instead I'll leave you with the back kick to the thigh that Lorenz Larkin used so effectively against Albert Tumenov after his quick, telegraph-free right low kicks became slower and more obvious in the final round. What I especially liked about this was that some of them were true back kicks more than circular kicks, thrusting into the thigh of Tumenov instead of connecting like a wheel kick. Certainly interesting stuff to consider in an age of linear low line kicks.

Not to mention the tattoo her threw, the darting right which surprised his wily boxing opponent and the numerous oblique kicks to the midsection.

Fedor: In the Twilight of the Last Emperor