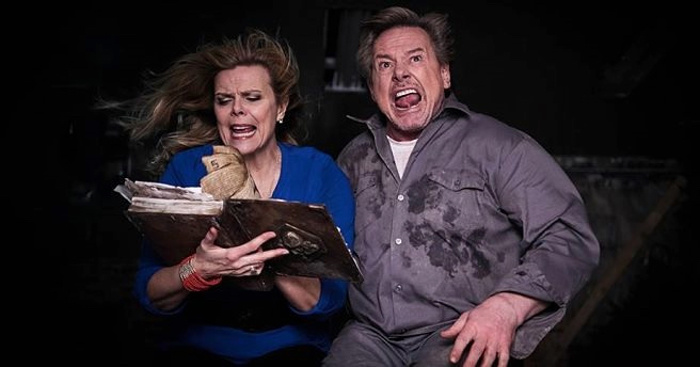 For a filmmaker, getting your work into a major film festival is a completely exciting time. For the cast and crew of Portal to Hell!!!, a horror/comedy short that enjoyed its world premiere at the Toronto International Film Festival last week, the experience was a little more bittersweet. While they were thrilled to screen their film at one of the most prestigious festivals in the world, they were heartbroken that they couldn’t share the experience with their star, Roderick “Rowdy Roddy Piper” Toombs, who died of a heart attack on July 31 of this year.

Landing the actor and professional wrestling legend had been a dream come true for writer Matt Watts and director Vivieno Caldinelli. Since they started seriously working on the script four years ago he’d been their top choice for Jack, an introverted boxer-turned-superintendent who must begrudgingly take on the task of saving the world when two of his tenants open up a Lovecraftian portal to hell in the basement.

“Right away, it became really apparent that Rod was the guy, and we wrote it for Rod,” Watts tells Fightland. “We wanted an older hero. The point of it was that he’s older and his best days are behind him. We were watching interviews with Rod and looking at him and it was like, ‘Yeah. He’s the guy. He is the guy. He doesn’t always play the guy, because he’s always playing Rowdy. But we were like, ‘If we can get him to play himself, that’s exactly what we want for the part.’”

Once the pair were able to get a copy of their script in front of Toombs, he agreed with them, and signed on to play Jack. The night before he arrived on set was like Christmas eve for the Portal crew, which was included a number of old school pro wrestling fans.

“We were all just wired, hanging out on the set the night before he came, just like, ‘He’s coming! He’s coming!’” Caldinelli remembers.

And Piper didn’t disappoint. From his very first moments on set, it became clear that Toombs was going to be an asset off screen as well as on, keeping morale up on the low budget shoot with his unassuming kindness, stories, and lack of bubblegum.

He was the film’s MVP, Caldinelli says, “from second one. As soon as he walked in that door. He just showed up with that leather jacket and a duffle bag. ‘Dad’s home!’”

One of the first things Caldinelli noticed, after the classic Piper ensemble, was that Toombs was wearing his WWE ring. “I was like ‘Is that a Hall of Fame ring?’ He said ‘Yeah! You want to try it on?’ And he took it off immediately and gave it to me. Immediately. I didn’t even ask. He just knew where that conversation was going. Who does that?”

He went on to regale them with tales of wrestling bears, injuries, and love for his family in between takes. The wrestler even compared inner ear issues with Watts. 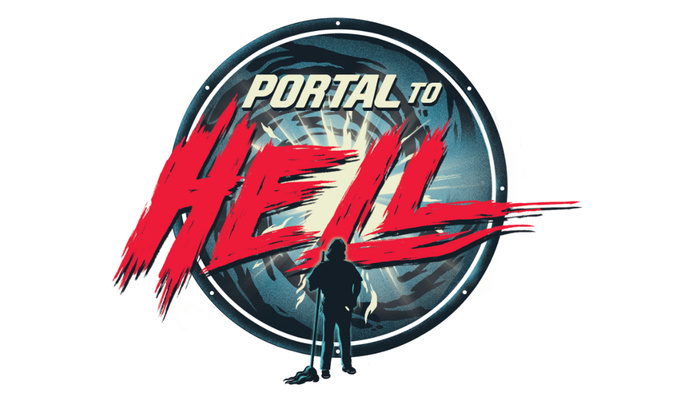 Watts thinks this attitude played a large part in uniting the cast and crew while they were filming. “Everyone came together on this. I think a lot of it had to do with Roddy, too, because we had a lot of enthusiastic crew, but we worked hard. It was a long shoot, but they were all so happy because at the center of it was this guy who was so lovable and so nice to everyone and so unnecessarily lovely to everyone. He really made it a great experience for everyone. So thank god for him,” he says. “Every day with him was just a gift. Every minute.”

The shoot was so successful that Watts, Caldinelli, and Toombs had already started to talk about making a feature length version of Portal to Hell!!!. The last time Watts saw him, the last thing he said to him was, “See you when we shoot the feature!’

Unfortunately, Toombs passed away before that could happen. Watts and Caldinelli never even got to show him the final cut of the short. Nor did they get to tell him that they’d been accepted into TIFF. They found out mere days before his death.

“It’s so sad, but we’re so grateful that we got to do this,” Watts says. “I’m so grateful that the short turned out as well as it did, and I think he’s amazing in it. I think people are going to be really happy to see how good he was. And it is bittersweet, because we often said ‘Why isn’t Piper in those Expendables movies?’ He’s the perfect guy for those things and we were kind of hoping that we would do a movie like this and maybe it would help get him into that tier that I think he should have been and could have been in and now he can’t be. That’s sort of tragic, but I feel like we sent him off in a good way.”

There are a handful of other films that Piper shot before his death that have yet to be released, but the Portal team are hoping that their film makes the most lasting impact on his legacy.

“This movie’s for Roddy,” Caldinelli says.

“It became about that early on, too,” Watts agrees. “We just loved this guy so much, before we even met him. We just loved him and his career and we just thought, we just wanted to give him something...”

“No one was working with him properly!” Caldinelli adds. “Everyone was just kind of exploiting him.”

“They all wanted Rowdy. They didn’t want Roderick. And that’s what we wanted. We wanted him to be him,” Watts says.

More than anything, though, they wish that they could have shown him their final product.

“We were so proud of the film and so eager to surprise him with it. A lot of the stuff he did, I don’t know if he was proud of it,” says Caldinellli. “It was work for him.”

“As if it was a mirror, we just wanted to hold it up to him and go ‘Look at you.’” Caldinelli suggests.

Following its successful debut at TIFF, Portal to Hell!!! will be making the film festival rounds, including stops, including Fantastic Fest in Austin, Sitges in Spain, and a number of Canadian festivals. After that Watts and Caldinelli will begin to work on the feature length version, and try to find the right replacement for Toombs. Even after his death, their most important goal is to make Roddy proud. “I want it to be someone he would be really excited about,” Watts says. “It can’t just be some guy. It can’t just be some actor. Roddy was legendary. You need another legend to fill the shoes of a legend.”