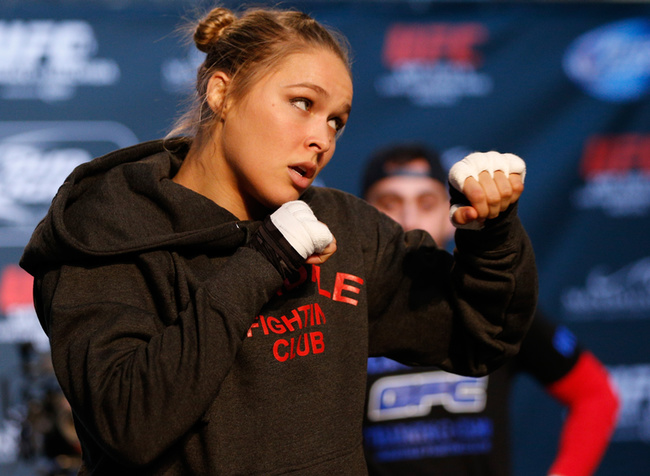 The fight between New York and MMA continues. Only this time the battlefield isn’t the halls of the State Capitol but the pages of The New York Times and the back rooms of the publishing industry, the real seats of power in the state.

In a recent Page 6 column, New York Post “reporter” Richard Johnson ran with an accusation from book publisher Regan Arts that their client and UFC women’s bantamweight champion Ronda Rousey and her new book, My Fight/Your Fight, had been snubbed by the Times’ Bestsellers list despite selling more than 10,000 hardcover copies in its first week. Accusing the Times of “play[ing] favorites” and fudging numbers, Johnson claims Rousey’s book sold better than 10 books that made the list.

Poor Ronda. Despite her Olympic bronze medal in judo and her undefeated MMA record, she didn’t know from fights until she got caught in a skirmish between the Times and the Post, a rivalry that dates back at least 100 years and that really turned ugly when Australian media mogul Rupert Murdoch bought the Post in 1976 and turned it into the right-wing, fear-mongering tabloid we all know and can’t turn away from today. Rousey has found herself in the middle of something big and bizarre and hideously American.

To drive his point home that the Times’ methodology is suspect, even corrupt, Johnson points out that Rousey wasn’t the only author screwed over by last week’s list. Johnson claims that Bill O’Reilly, the face of Rupert Murdoch’s Fox News, sold 4000 more copies of his latest book, Bill O’Reilly’s Legends and Lies, than David Brooks did of his, The Road to Character. Brooks may be a conservative who writes books extolling American virtues like kindness and honesty and hard work while condemning our depraved and materialistic age, but he still works for The New York Times, which makes him, well, no Bill O’Reilly. 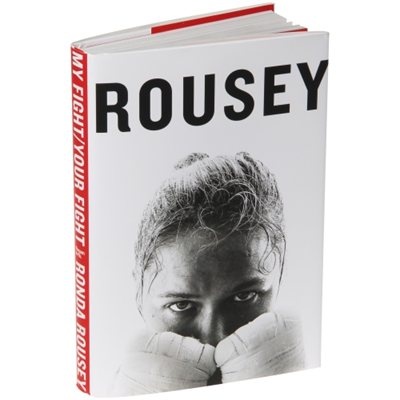 So is Ronda Rousey an actual victim of corruption, the latest pawn in a decades-long battle between Murdoch and the Times, or do the sales numbers actually square? Is this incident an example of the “liberal” media snubbing Rousey the way they keep snubbing poor Bill O’Reilly or is it just a case of publicist’s double-speak? A PR ploy meant to gin up controversy and drive up sales? Much ado about nothing?

It’s hard to say. Accurate book-sale numbers are notoriously hard to come by. The Times employs a convoluted metric involving all kinds of weighted statistics, and the calls we put into them hadn’t been returned as this story went to press. According to Regan Arts Director of Marketing and Publicity Emi Battaglia, Bookscan put the first week sales of My Fight/Your Fight at just over 10,000 copies, better than seven books that made the list that week. But Bookscan only captures about 70% of sales, and not every outlet or distributor reports through the service. Still, Battaglia and her colleagues at Regan were surprised when the Times list came out and Rousey’s book wasn’t on it. “We knew we had a strong first week of sales, enough to make the list,” she told Fightland, though she stopped short of claiming a conspiracy. “I don’t know if the Times left the book off intentionally. That’s not something I’ve heard of them doing.”

But according to Richard Johnson, there is at least one person who wonders about the methods of the New York Times Bestseller list.

“I’m shocked, shocked that The New York Times would snub Ronda Rousey and Bill O’Reilly,” said Regan Arts founder Judith Regan (who, to make things even stranger and more convoluted, became famous in the publishing industry working for HarperCollins, which is owned by Rupert Murdoch’s News Corp., and became infamous in it after being fired by News Corp while preparing to publish O.J. Simpson’s 2007 confession, If I Did It).

In the end, Rousey is learning that great American lesson: that even with all her success and fame and indomitability of character there are always going to be forces beyond her control pulling strings and roping her into fights she wants nothing to do with. All Ronda wanted to so was write a book, and for her sins she’s found herself in the middle of the culture wars—The New York Times on one side, Rupert Murdoch on the other.

You can win, Ronda, but you can’t win.