Ronda Rousey Will Face Bethe Correia Next in Rio 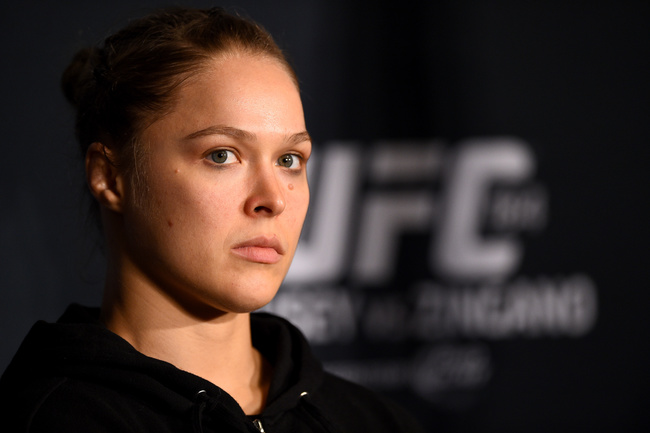 Last time Ronda talked about Bethe, she said that “messing with mama bear is a very bad idea. She might be next on my radar.”

It looks like Bethe “Pitbull” Correia isn’t going to have to plow through the Four Horsewomen after all. Having already beaten Shayna Baszler and Jessamyn Duke, the undefeated Brazilian bantamweight has been banging on pots and pans at the ear of the Ultimate Fighting Championship’s officials for quite some time now, begging to get that highly-coveted shot at Ronda Rousey, who most recently stunned the world and further cemented herself as the promotion’s most dominant champion by beating her own record and defeating the powerful Cat Zingano in an official time of 14 seconds.

Well, the UFC has granted this Brazilian fighter her wish. And the fight has a date, too. To shake things up a bit, Ronda will attempt her next title defense on foreign soil—in fact, she’ll be fighting Bethe in her home turf of Brazil.

UFC 190 will head to Rio de Janeiro, and it will take place at the Arena da Barra. Brazilian publication Tatame first broke the news. The official announcement will happen on Friday, March 20th, on the very first stop of José Aldo and Conor McGregor’s world tour. Both featherweights will make an appearance at a media event free and open to the public at 2 PM, local time, in the Wonderful City’s iconic Maracanãzinho. The event will be followed by weigh-ins for Saturday’s Fight Night Rio, which features a main event between Demian Maia and Ryan LaFlare. 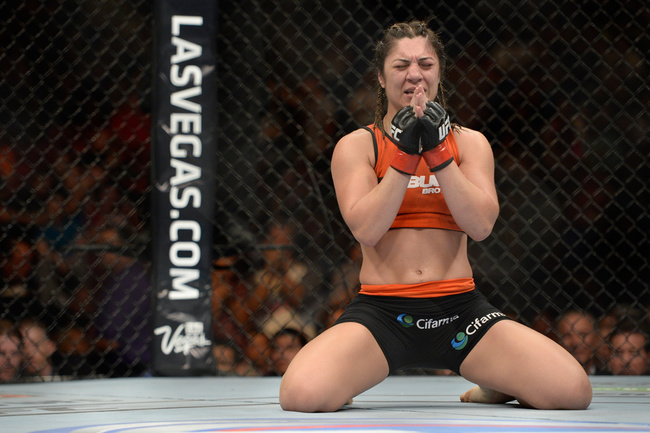 For some time, Bethe’s been taking shots at Ronda via social media. For Rousey’s birthday, Bethe took to Instagram and posted a relatively cute and friendly illustration—stylistically speaking—in which she’s pummeling a double-bunned blonde fighter, blood spewing onto a polka-dotted orange background. She left a message to the current champ:

I heard Ronda’s birthday was this week. It will be her last ‘b-day’ as champion. If the UFC wants, I’ll give her a belated birthday gift in the cage. I’ll be the future champion.

Following Rousey’s historic UFC 184 main-event, title-defending triumph, the current champ even went as far as saying that she would love to fight Bethe, and even more to do so in Latin America’s largest nation. She told Jay Mohr during a podcast session that ”I want to go and fight her in Brazil and beat her in her hometown. That would be the best way I could really feel like I've vindicated my friends, to go to her hometown and beat her in her hometown and be total Rocky IV on it.”

The fight will be Ronda’s 12th professional mixed martial arts bout, and if successful, her sixth consecutive UFC title defense. This will be Bethe’s fourth performance under the Ultimate Fighting Championship banner.

Bethe Correia Continues to Vie for a Shot at Ronda

Is Bethe Correia Halfway There?