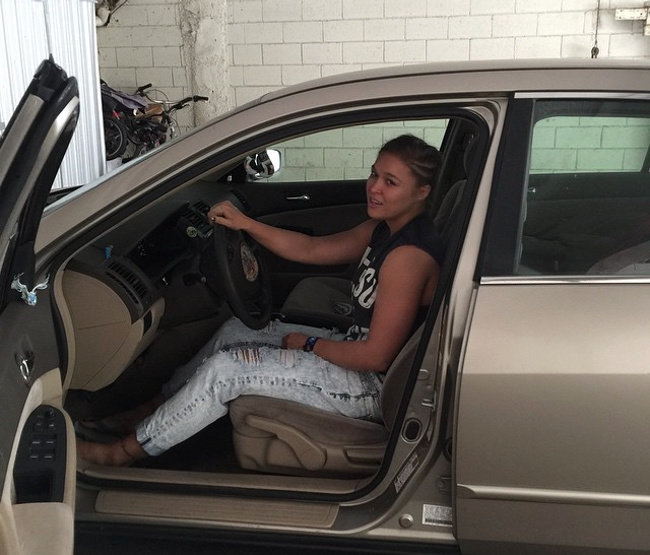 Last week we found out current women’s bantamweight champion Ronda Rousey’s family had put up her old 2005 Honda Accord LX for sale on the popular platform eBay. As of May 31st, the silver car had 156,098 miles and needed a new transmission. As of June 2nd, the car had 51 bids, with the highest bid being US$ 14,400.00.

According to the description on eBay, “There are many of Ronda's personal belongings inside the car including medals, UFC programs from past events, patches, hats, and all kinds of random Ronda items. You can see from the eBay photos what all the items are that are located in the car. We (Ronda's family) like to joke about all of the cool things you find in Ronda's car. Every time you open the door, it's like an archeological dig! Also, Ronda did glue a few medals, patches, coins, and figurines to the inside of her car which probably aren't going to come off.”

Well, the car has sold to highest bidder: for US$ 21,300.00, Ronda’s old accord is going to a very lucky fan. Ronda, who left a message on the dashboard complete with the sweet, common mistake of using “their” instead of “there”—or any combination of their/they’re/there—said to TMZ before the car was sold that she hopes “that the next owner will be someone who will love and respect it. And not some crazy super fan who jerks off to it everyday.” 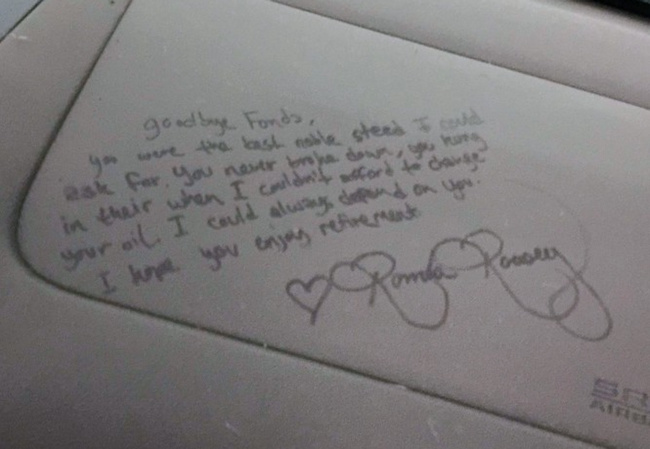 In an interview with Armbar Nation, Ronda’s mom, Dr. AnnMaria De Mars, said that they had given the car to Ronda’s sister Julia on her 16th birthday. Because the mechanic told them the car would need a new transmission soon, Dr de Mars and Julia’s father gave Julia their own, newer car and put the Accord up for auction. They encouraged Julia to give some money to charity, but that ultimately it’s her decision—any money she keeps will either go to her soccer camps and to college tuition.

Here’s a list of the items the lucky winning bidder—still anonymous—got along with the Accord:

Ronda's Former Car/Home Is for Sale on Ebay