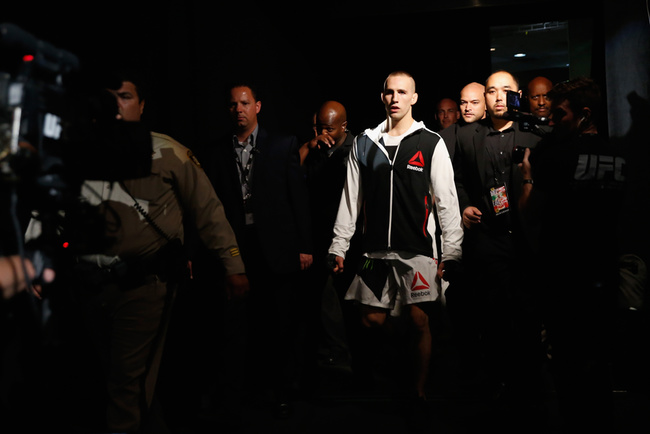 It's hard to say when it happened. It was definitely within the last month, between the moment after the fourth round when he shared a blood-soaked stare-down with Robbie Lawler and two days ago when he posted an X-ray of his broken nose. But now that I've seen his face painted in his own blood from the gnarliest fight of his life and had time to think about it, Rory MacDonald—the UFC welterweight dogged throughout his career by a deficit of charisma—finally makes sense.

Every MMA fighter's identity resides at the crossroads of ability and character, a byproduct of competing in an individualized, narrative-driven sport. Over time, we've all grown accustomed to the usual fighter personalities that play parts in every fight's story: the hardnosed wrestler, the favela kid looking for redemption, the nerd cloistered in a cubicle before he found out he was good with four-ounce gloves. The more discernible you are, the likelier we are to remember you.

In the more than five years since MacDonald entered the UFC, few have questioned his talents, but fewer have thought about him in ways that get past the fact that he fights more than he talks. His quiet nature and flat affect made come people call him a quasi-serial killer who arrived in the upper tier of MMA without anyone finding the bodies. Then he was the mod with coiffed hair and a taste for fashion ripped from men's magazines. Then he was the heir apparent to Georges St. Pierre's title as his Tristar Gym teammate cast a long shadow over the welterweight division.

But none of these labels really stuck. And at low points—like his high-profile, low-action bout against Jake Ellenberger in summer 2013—MacDonald became known as a round-stealing gamesman, despite half of his fights in the UFC (and all of his pre-UFC matches) ending before the final bell. He flitted between nicknames. That he didn’t talk much ceased being a sign of his double life as a homicidal maniac and instead became a sign that he was simply boring inside the cage and out. Booking MacDonald in a championship-stakes rematch against Lawler had more to do with lukewarm reception of a rubber match between Lawler and Johny Hendricks and less with a widespread appetite at seeing MacDonald contend for the title. 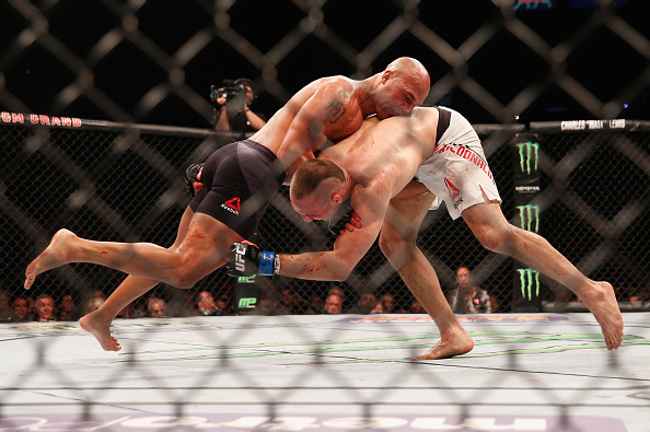 So their fight at UFC 189 came last month, an appetizer for McGregor-Mendes. By the end of the show, however, Lawler-MacDonald was the night's transcendent event, a back-and-forth brawl between technicians who fought like they were possessed of all things primal. Lawler's left hand ultimately crumpled ended the fight in the fifth, putting a blood-smeared exclamation point on his first title defense. But it was a victory for MacDonald, too: he waded through a broken nose and got up on the scorecards, then served as one half of that post-fourth-round stare-down, a shutter-ready scene and one of the sport's sublime moments.

And now we're ready to forget all those preconceptions about MacDonald, make his acquaintance once again, and hear what few words he has to say. The trickle of thoughts started soon after the fight was done:

When the UFC announced Lawler's next title fight would be against Carlos Condit, MacDonald drew his own record to give the match-up his own unique endorsement: 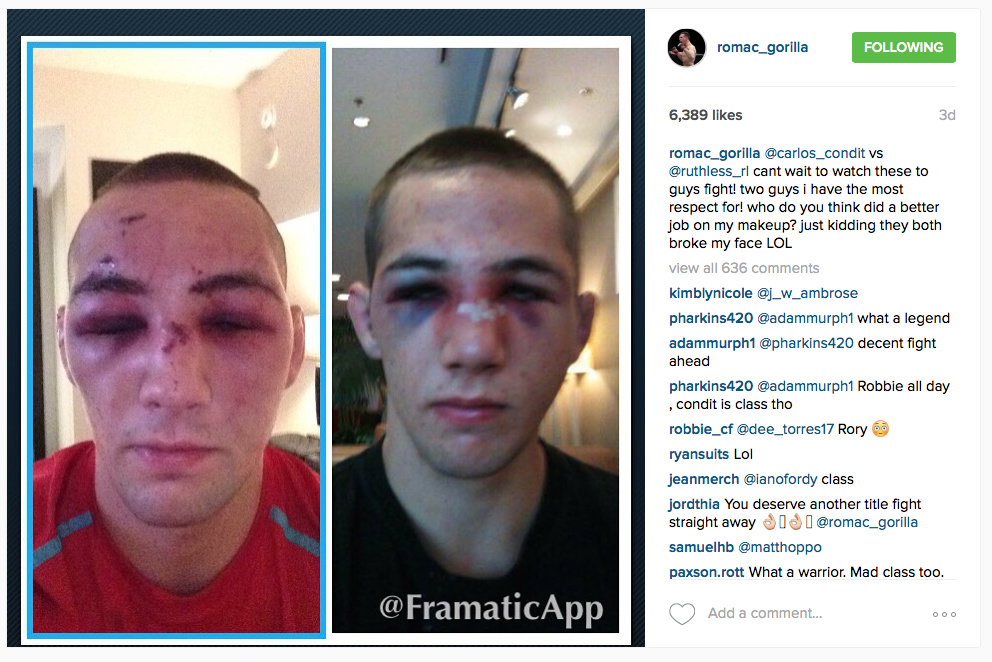 You read "best time of my life" and "just kidding they both broke my face LOL" a certain way, and those remarks say, "I care about fighting to the exclusion of everything else." And that was the heart of MacDonald's problem: plenty of fighters talk about how they love fighting more than anything, but those are hollow words until you can prove you mean them, and you can only prove that truth over time.

Now, MacDonald has the right body of work, a résumé of high-level fights with a varying complexions and results, and that fight against Lawler was the kind of performance that builds up enough equity and goodwill with fans to last a career. By shedding blood and coming up short after five breathtaking rounds, those labels that never really fit Rory Macdonald are rendered as truly meaningless. Finally, he can be the guy who doesn’t say much, and no one else has to project meaning into silence.

The Ecstasy and Agony of Robbie Lawler versus Rory MacDonald

Lawler, MacDonald and the “Fight of the Ever”