Rory MacDonald Stabbed Himself While Cutting an Avocado 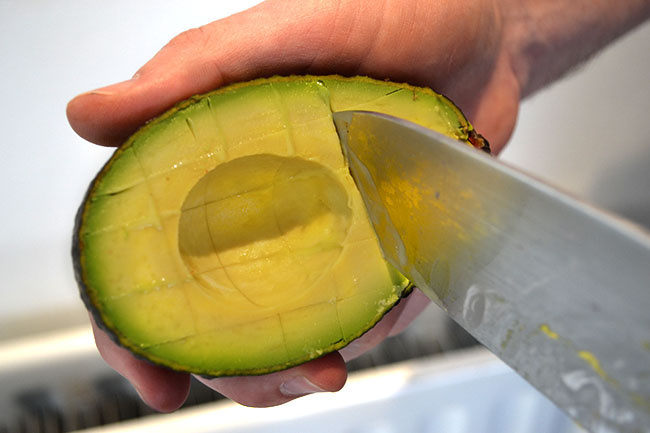 Yesterday, I ran a marathon. Two miles in, a runner in front of me who was slowing down to pick up a cup of water from a folding table on the side of the road suddenly ground to a halt with the audible tear of fabric. A piece of the metal edging that wrapped around the folding table had broken loose into a jagged, twisted, barely visible shiv and caught his shorts. The runner in question stepped to the side to check that he hadn't been stabbed in the thigh, while another spun the table around and yelled at the teenaged volunteers holding Dixie cups. Sports and sharp objects don't mix.

On Saturday, UFC welterweight contender Rory MacDonald showed up to the UFC 170 post-fight presser looking more or less like he usually does--with a dapper suit and a scuffed face--but his left hand was bandaged up in a peculiar way, even for a damaged prizefighter. It turns out that last week he'd stabbed himself in the palm while slicing an avocado. “The technique was off, all right?” he said. 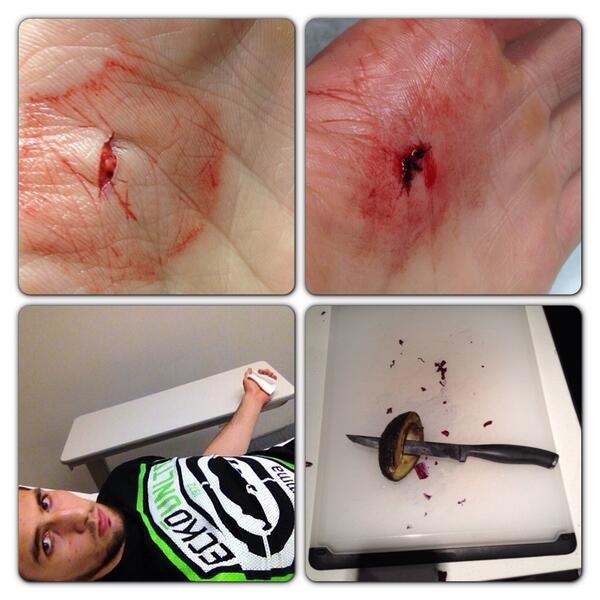 On Sunday, MacDonald tweeted out a photo of the ugly gash and the crimson-stained fruit. And while it wasn’t like he slipped on pipe and banged his head backstage before a title fight, a gash so deep on an appendage so necessary while cutting up something so delicious was too cruel a fate and too bizarre a reason to call off the fight. But after a trip to the emergency room and a few stitches, MacDonald was ready to glove up, and after battling back from a losing first round against Demian Maia, was the winning half of the evening’s Fight of the Night bonus. Let’s hope he uses some of that $50,000 to invest in one of these.