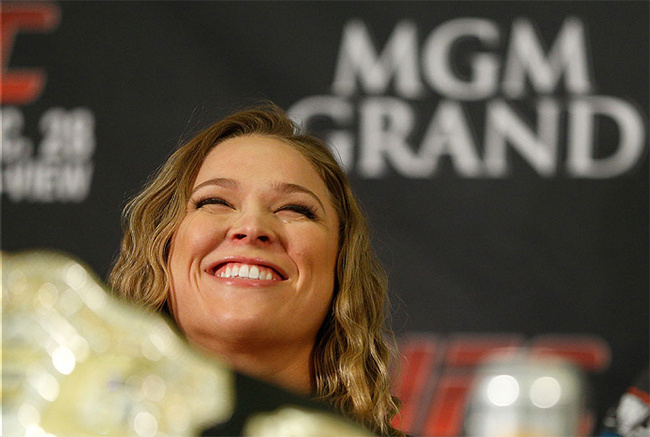 More than 30 minutes into a conversation I had recently with “Rowdy” Roddy Piper, the legendarily bubblegum-deficient pro-wrestling villain, actor, and occasional singer said the most ridiculous thing to me:

“And now I must be boring you.”

Hot Rod had just regaled me with over half an hour’s worth of stories about his adventures and misadventures as a wrestler, competitive bagpipe player, and human being. He’d talked about recording and performing his new charity single, “Step Off The Top Rope,” with members of The E Street Band, bragged about his children (including his MMA-fighting son Colt Toombs), and told me stories that blew my wrestling-loving mind. Like the time “Classy” Freddie Blassie stuffed six feet of toilet paper into the chanter of Piper’s bagpipes and blew the young wrestler’s first gig with Vince McMahon Sr. at Madison Square Garden. And the time Big Boss Man and Mr. Perfect saved his life after he got trapped on the eighth-floor window ledge of a Miami hotel with his friend and fellow wrestler Kerry Von Erich. And the time that he accidentally kicked Cyndi Lauper during a match and scared the bejeezus out of guest ring announcer Dick Clark.

Never, for one second, did I find Piper boring.

And, after assuring him that that was the case, I pressed him for one more story. As a fan of his and a fan of MMA, I wanted to know about the time UFC bantamweight women’s champion Ronda Rousey and her coach Gene Lebell called him and asked for permission to use the nickname “Rowdy.” I’m just going to go ahead and share his answer in its entirety. Far be it from me to attempt to improve on the storytelling prowess of the original Rowdy one.

Roddy Piper: I was trained by, at the time, the toughest man in the world. Not according to him, either. His name is “Judo” Gene Lebell and he trained Bruce Lee, Chuck Norris. He’s the godfather of MMA. He’s about 80 years old. He still has a dojo in Burbank. When I was 17, 18 years old [wrestling] in the Olympic Auditorium, I ran into him. I was getting beat up pretty good and he took me under his wing.

So then maybe a year ago-ish (my timing’s not great), Ronda and Gene called me. She was so, so excited and so beautiful, saying, “Would you mind? I’ll make you proud and I’m giving it everything you got.” And I said, “You go, gal. You go!”

And “Judo” Gene Lebell, I don’t know if you know him. He got me in the very first movie I was in, too. He’s like my dad. I’ve been choked out many times by him.

If you want a quick story with Muhammad Ali: I’m in the Olympic Auditorium. I’m on the same card where Muhammad Ali fought the wrestler Antonio Inoki and “Judo” Gene was the referee. And there’s a press conference, I think it was for the Wide World of Sports, I’m not sure. Anyway, there’s all these sporting people, Ali’s in the ring. The announcer kind of does this “Oh, you’re on the card. What’s your name? Rod? Thank you, go sit down.” And being from Canada, I had my best three-piece corduroy suit on and I’m just sitting down there. And Muhammad Ali looks at me and he goes, “I want you.” And, literally, I turned around, because obviously there must be somebody else there! And he wanted me. And I got into the ring.

Muhammad Ali came straight at me and he locked up with me. And, I swear to God, I heard him say, “Hip toss.” And I hip tossed him. Womp! And his shoe fell off.

Here’s what I think happened: Muhammad Ali was such a great man. He saw this skinny little kid just sitting there that needed a break and, right in the middle of everything, he just ... boom!--gave me a rub. I’m up. He continued on. That’s a great man.

And nobody would believe me! I got beat up for this by “Judo” Gene every day for a month. And it’s hard to talk when you’re being choked out, like, “Honest! I swear!”

“Eh. You were just taking advantage of him.”

All right. I took my lickings for it.

And then, the first Wrestlemania, Muhammad Ali was the special referee. I said, “Last time I saw you, I threw you on your bum!” The whole Wrestlemania I saw his hands flying by me. He was just messing with me.