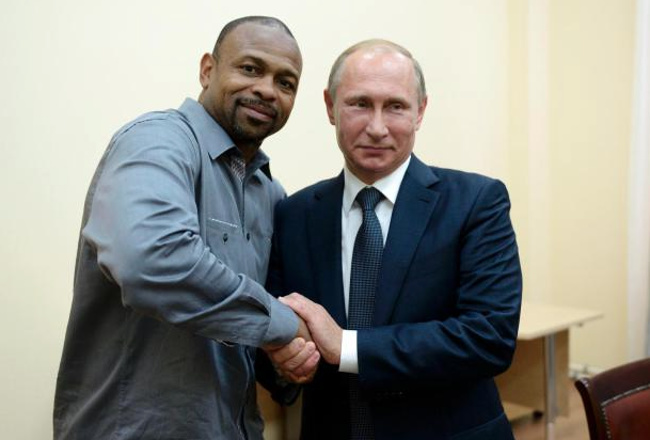 According to the Associated Press, Roy Jones Jr. met with Russian Prime Minister Vladimir Putin in Crimea today over a cup of tea—and asked for Russian citizenship.

Russia recently annexed Crimea from Ukraine, an action that was condemned by the United States, but that didn’t stop the boxing legend’s attempt to do more business in the country. Jones Jr. is currently in Russia to make an appearance at an event, but has plans to promote boxing in the area.

"I think that if I had a Russian passport, for example, it would be a lot easier for me to come and go, because people love sport here and so I love this place," Jones told Putin (as translated by TASS state news agency).

We have written extensively about Putin’s love for martial arts, and his bromance with aikido master/shaman Steven Seagal—who asked (and was denied by) the Obama administration to make him an official liaison to Russia.

No other details about the meeting have emerged, but Putin was into it.

"If you intend to link a significant part of your life with activities in Russia, then of course we will be glad and will fulfill your request to receive Russian citizenship with pleasure," he said.