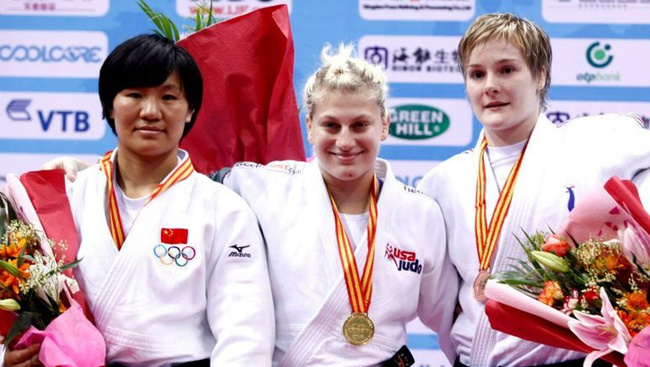 When Ronda Rousey came to the UFC, she did so on the wings of a fire, world-class judo pedigree. As the daughter of Dr. AnnMaria de Mars—the very first American woman to win the World Judo Championships—Ronda often says that she’s been able to perfect her now world-infamous armbar in part due to the fact that her mother surprised her with random attacks that she would have to thwart as a child.

Now undefeated with 11 wins to her name, nine of those wins were by armbar submission. A successful judoka before becoming a mixed martial artists, Ronda won gold medals at the 2007 Pan American Games, and at the 2004 and 2005 Pan American Judo Championships. In the 2008 Beijing Olympics, she won Bronze.

Arguably the UFC’s and MMA’s biggest star, Ronda can thank judo for that.

When Ronda was getting ready for Beijing, she had as her training partner Kayla Harrison. That time around, the USA did not qualify for Harrison’s weight class. Four years after helping Ronda Rousey sharpen her skills, Harrison went on to become the very first American to ever win Olympic gold in judo—she’s the best in the world. 24-years-old she’s currently getting ready for the 2016 Olympic games in Rio de Janeiro.

Guess what, though, she told NBCSports that she is currently thinking about making the move to mixed martial arts. She told the outlet that

If she does make the switch to MMA, it’s unclear as to what weight-class she would debut in. Competing in judo anywhere between 138 lbs to 172 lbs, the most reasonable choice would be the featherweight class at 145 lbs. Currently there isn’t one in the UFC, but a lot can change soon, especially with Cyborg signed to Zuffa.

Despite Tense Airs, Ronda Still in Touch with Judo Community