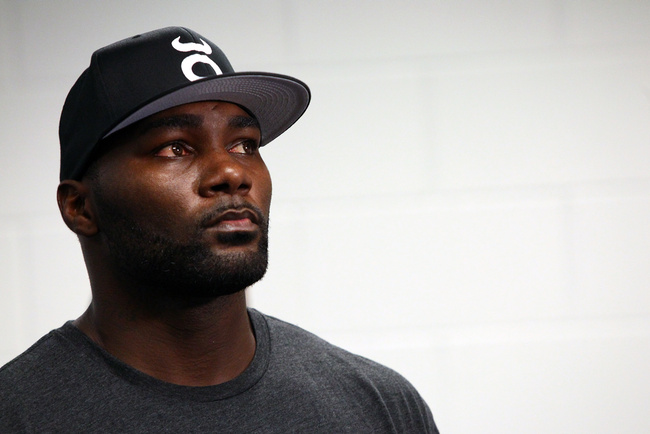 When Jon Jones fought Alexander Gustafsson at UFC 165 in Toronto in 2013, everyone thought Jon Jones finally met his match. The fight received unprecedented praise, and was named Fight of the Year by multiple media sources. A rematch with Jones was certain—Gustafsson had undoubtedly earned that second chance in his first performance.

A rematch was originally scheduled for August 30th of last year in Las Vegas MGM Grand Garden Arena. However, Jones pushed for a later date while he renegotiated his contract with the UFC. A rematch would then be rescheduled for September 27th of last year, but a knee injury forced Gustafsson out.

Jones would eventually go on to fight and defeat Glover Teixeira last year and Daniel Cormier early this year. Gustafsson beat then-undefeated Jimi Manuwa in London, but suffered a spectacular loss to Anthony Johnson in front of 30,000 fans in Stockholm. Anthony Johnson had completely shocked the world.

Now, Jon Jones’ former sparring partner and Anthony “Rumble” Johnson’s current teammate at Blackzilians in South Florida, Rashad Evans is putting all his loot on on a win from Rumble when he challenges Bones’ UFC Light Heavyweight Champion of the World title.

He was even as bold as saying that he thinks Johnson defeats Jones in two rounds. Johnson just beat Alexander Gustafsson in the first round of their contest in Stockholm a couple of weeks ago. It’s a classic case of x says y about z.

One of the greatest gifts this sport has given me is that I have had a front row seat to watch ppl change their lives for the better! I have had the privilege of watching my brother in combat and friend @anthony_rumble change into the beast he is today. His strength in overcoming adversity at every turn is truly inspiring to me. No matter the outcome next week my brother has already won but if y'all don't know let me be the first to say it Rumble is gonna knock him the F* OUT!#blackzilians#jaco#rumbleyoungmanrumble#gorillasquad#ufc

Rashad said that what makes Jon dynamic and probably one of the best to ever compete is that he’s been able to adapt to any opponent’s strategy, making it his own and using it against whoever he faces.

Until now, at least.

Rashad told MMA Hour he thinks that Jon doesn’t have any knockout power, and that Rumble has a sick uppercut. If it comes down to stand-up, Rumble’s knocking Jon out. He also thinks Gustafsson let the hype get to him.

What do you think?

Rashad Evans was set to fight Glover Teixeira at UFC Fight Night in Porto Alegre, but a knee injury forced the Brazilian out of the fight. He still wants to face Rashad Evans on his return.