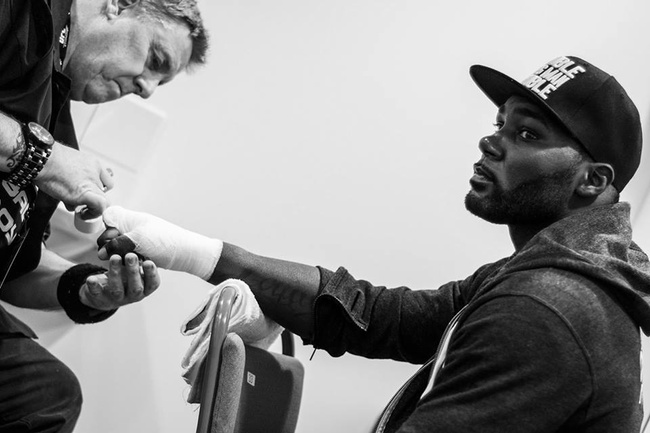 During his first run through the Ultimate Fighting Championship, Anthony “Rumble” Johnson showed fans and pundits alike that he had the potential to make a mark on the mixed martial arts world. Debuting in the promotion in 2007, Rumble scooped up five knockout wins in two years before struggling with the weight-cutting process—he fought as low as at welterweight—that would ultimately deem him a problematic employee to the UFC in 2012.

He would return in early 2014, only to be suspended a few months later over domestic abuse allegations. In retrospect, it looks like all of these hardships might have been very good for Rumble, as Saturday’s performance revealed an evolution that is currently ripe to culminate.

Now that Johnson’s settled down into the light heavyweight division and into training with the Blackzilians in South Florida, he should be well on his way to the place he set out to reach when he first started fighting. That’s what he showed on last weekend’s headliner. And in the years before signing a new contract with the UFC, he had seven straight wins—four via knockout. (One of those fights was as a heavyweight, against Andrei Arlovski at WSOF 2). Since returning to the UFC, he’s scored two more wins, including Gustafsson, and both were via knockout.

Anthony Johnson’s been doing work, and he’s got the meanest hands and his kicks are mighty powerful. It also helps that Blackzilians brought the King of the Ring Tyrone Spong to teach the boys how to hit.

More importantly, however, if Rumble so effectively and so swiftly jacked Gustafsson up—until now the only dude on Earth who spelled danger to Jon’s title—what seemed like the stuff of legend is starting to form and loom in the near distance. Now that he’s going to challenge Jon Jones’s title, what’s that going to look like?

Jones still has great reach advantage, which has in the past been his way of thwarting the attempts of adversaries with deadly knockout power. But what Johnson did versus Gustafsson—quite dexterously tightening up the distance between the two of them with speed and plenty of striking—could be very effective versus Jones. I wonder what a full five rounds of Johnson versus Gustafsson might have looked like—who knows what the judges would’ve gotten to see.

Jones is coming off a really nice win over Daniel Cormier, in which he demonstrated that, obviously, he can dance with the best of them. Rumble looks faster than D.C., however, and like his striking packs more dynamite. Should Jon be able to beat Rumble, he will have to consider going up to heavyweight, or simply retire on top, because then he’ll truly have cleaned out the division. If he’s not on top of his game, though, he might just get caught like Gustafsson got caught.