One of the lasting memories of last year’s UFC Fight Night: McGregor vs Brandao was Neil ‘2 Tap’ Seery dedicating his win over Phil Harris to his nephew who tragically passed away six days before the historic Dublin event.

Seery’s usual stone-faced demeanor was nowhere to be seen as he told his hometown crowd about the newborn’s passing in an emotional tribute. UFC left it late this year to reveal the former Cage Warriors flyweight champion on the card, and while Seery was leaving himself open to a number of locations for potential matchups, the Dubliner is glad he will get to walk out in front of his hometown crowd once again next Saturday night.

“I would’ve preferred this card over all of them to tell you the truth,” said Seery. “Look, I did the biggest card of the year over there in Las Vegas and that didn’t work out, so I’m looking forward to feeling the atmosphere in Dublin again, I think that’s key.

“There’s a difference when you walk out here. I got to walk out in Stockholm in the Tele 2 Arena. I was the second fight of the night and there wasn’t as much of an atmosphere there. In Vegas, that was decent enough in terms of atmosphere, but it’s nothing compared to walking out to a fully packed out 3 Arena with everyone screaming. I’d be lying if I said the atmosphere didn’t do something to you, it definitely does.”

Despite eliciting some of the biggest cheers of the night as he cracked the downed judoka with leg kicks in the 3 Arena last July, Seery claimed that he found it very hard to enjoy the night due to the loss of his nephew. The Team Ryano man is looking forward to absorbing the atmosphere this time around after last year’s tragic family loss.

“Last year, it was a horrible week for me,” he remembered. “I buried my nephew on the Monday and then I was fighting on the Saturday. That whole week was a fucking disaster. Even the week before it was a disaster, we all just had to watch as the poor kid suffered. The funeral was obviously very sad and then I had to go out and fight in the biggest fight of my career. And I felt like I really needed to win that fight too because I had been beaten by Brad Pickett in my debut fight before that.

“I was going out there with all of that pressure on me. It was hard for me to get excited about the crowd when I walked out that day, it was just a different type of week for me. I really didn’t get to absorb any of that fight or the buzz around it. I felt I had kind of missed out on it when I think back on some of my other fights. What had happened to my nephew was on my mind, I didn’t really want to get caught up in the party atmosphere. Even after it, Ariel Helwani was interviewing me and there were tears in my eyes. I just kind of broke down mentally after it. It was really hard. Look, I get to go out this time and enjoy it. Let’s hope that nothing like that will happen again.” 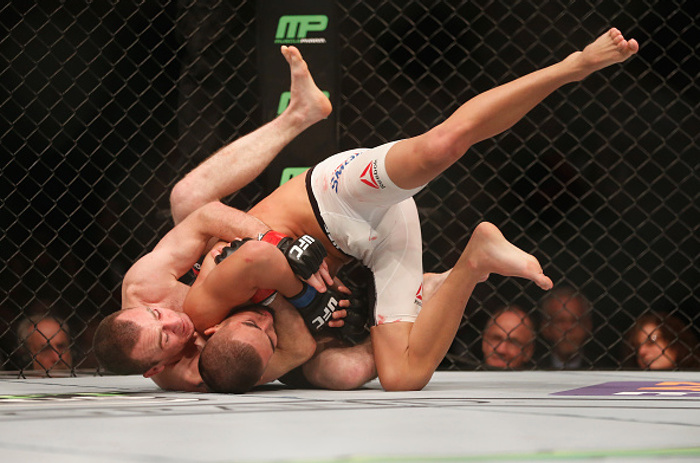 Set to face off against the game Jon Delos Reyes on the night, the Dubliner is unsure as to where a victory would put him in the 125 lbs bracket, which he described as being “up in the air” at the moment.

“The flyweight division is up in the air at the minute, John Dodson is just after jumping up to bantamweight. Then you had Joe Benavidez and Ali Bagautinov meeting in a big bout at the top of the bracket two weeks, but they were booed out of the arena after that fight and we know how important it is to be exciting with UFC.

“The whole thing seems to be up in the air. You’ve got another top contender in Henry Cejudo, but he doesn’t want to fight in Vegas anymore so that might go against him too. For me, I don’t think a win will really propel me anywhere crazy because I will only move to 3-2, which isn’t great. If Paddy (Holohan) wins he’ll move to 4-1 and I think that will give him a great opportunity to take a leap up.”

Finally, Seery spoke of the added pressure of fighting when you are coming off a loss and why he thinks the 30-27 scoring of his UFC 189 bout with Louis Smolka was not a true representation of what happened in the Octagon back in July.

“It always adds pressure when you’re coming off a loss, for me anyway. I can’t speak for anyone else, but I just hate losing. I fucking hate it. Especially when you know you’re the better fighter. Believe it or not, I still think I’m a better fighter than Louis Smolka.

“It was him on the night, but I don’t think it was 30-27 by any means after watching it again. If you look at the striking percentages I did a lot better, the submission attempts were the same but I threw and landed a lot more shots. Don’t get me wrong, I think he deserved to win it on the night, but do I think it was a 30-27? No, I fucking don’t. It’s more about game plans than fighting these days, I suppose.”

Neil Seery: "Smolka will feel like we’re fighting in Dublin at UFC 189"