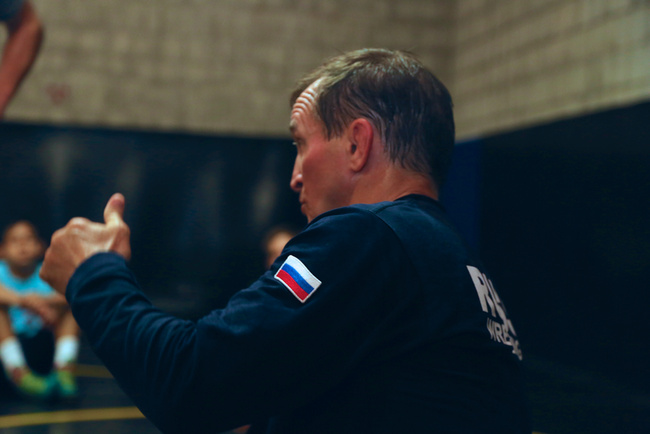 The Russians are coming…

Sergei Beloglasov, perhaps the greatest wrestler of his era, ran a wrestling camp from July 7-11 and almost nobody noticed. LA is arguably the hottest of hotbeds for MMA, so where were all the fighters? Too busy tanning, shaving, tattooing, and injecting to learn the fundamentals? Mastering the Worm Guard?

I heard about the seminar a few weeks ago from famed and semi-retired MMA coach Rico Chiapparelli. He was hosting the Russian at the R1 Gym in Inglewood, and he wanted to know if I’d like to come. The usually blasé Rico was as giddy as he gets. “You should really come,” he deadpanned.

It was billed as a four day camp for juvenile wrestlers, but open to all. The schedule was four days, 9am to 4pm. The cost: $300. Being in my mid-forties and having no amateur wrestling background, I felt I would be out of my depth, but Rico assured me I would learn a lot from the experience. Due to my day job I could only manage half a day, which turned out to be a big mistake. I should have been there all day, every day. I’m still kicking myself. 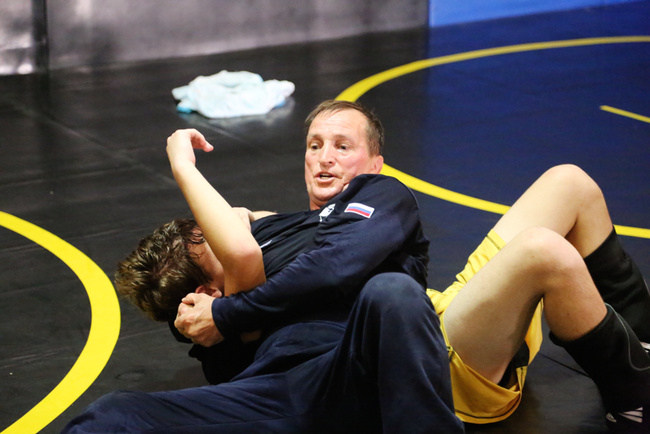 Beloglasov was a revelation as both an athlete and coach. He was simply at another level. At least ten years older than me and smaller and lighter, Beloglasov still moved with great skill. It was unreal to feel his power and precision in action. But what most impressed me was the authority with which he taught. Each move was presented with great economy or word and action, and coupled with specific options. I’ve heard Russian coaches and sports scientists speak of “validity” when discussing their methods. Meaning there is a right way and a wrong way to do everything. Here was a master coach at work and it was more than worth the price of admission.

With two Olympic gold medals and Six World Championship gold medals to his credit, Beloglasov was at the top of the 57 kilogram class for nearly a decade (late 70s to 80s). As head coach at the SISKA sports club (national army program) in Moscow, Beloglasov maintains his position as the top freestyle wrestling coach for men in Russia. He is a Merited Master of Sport as both an athlete and coach. This means he not only won the highest level of competition as an athlete, but has also coached his charges to both Olympic and World Championship medals. As such, Beloglasov maintains the highest level of certification available in Russia.

Despite these impressive palmarés, Beloglasov maintained a highly personal and warm-hearted teaching style throughout the camp. He was generous with his time on the mat, but also in this interview. He patiently explained the nuances of the Russian system as well as how it compares to what we have here in the US. “It’s a big difference… the relationship between athlete and coach is totally different. Coach is king here (in Russia). Here it’s ‘hey, come here’ and very casual.” 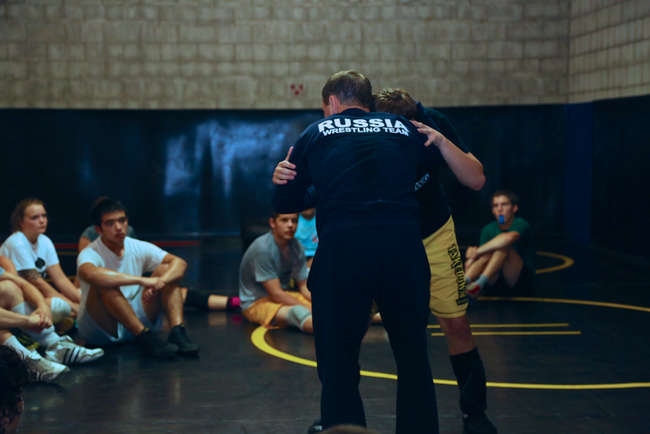 Russian wrestlers normally stay with one coach throughout their entire career. Beloglasov’s coach was Granit Taropin, widely recognized as one of the greatest wrestling coaches of all time. “My coach knows me and I know I cannot cross any line… my career would have been over if I did. One (American) guy told me he had 25 coaches, but nobody really coached him.”  The devotion is a two-way street and Russian coaches are expected to train the athletes without distraction. Beloglasov was surprised to learn that coaching could be a part-time job in the US.

Another point of differentiation between the Russian and American systems was the process for selection. He explained, “Athletes come to you. Not the other way around. We have competition, sometimes we have wrestle offs. We evaluate them for psychological stability and technique and everyone has lots of chances to perform. (But in the end) I make the selection.” 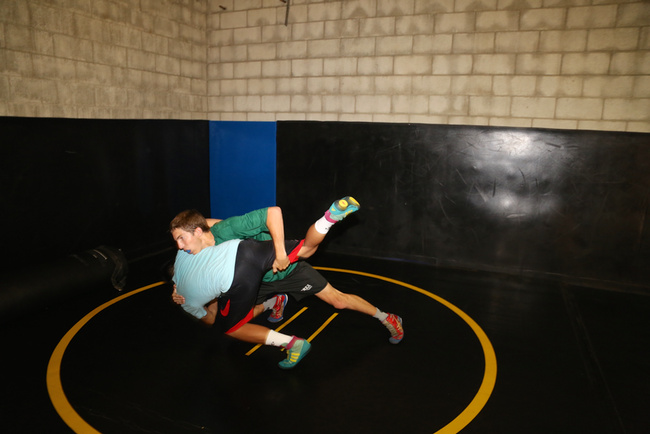 I asked Beloglasov if he had any interest in MMA and if any of his top wrestlers planned to enter the fledgling sport. “No, it’s not like here (in the US)… nobody serious who just finished their wrestling career will do it.” He explained the financial reward for a successful wrestling career was the primary cause for the lack of migration. It’s an unfortunate tidbit of information. MMA will continue to struggle to attract the best athletes without a developed amateur system and clear path to the Olympics.

Fortunately for me (and the world of MMA and wrestling if they're paying attention), Beloglasov will be coming back next summer to conduct another wrestling camp. I recommend that all coaches and athletes take the opportunity to attend, if only to witness a true master ply his craft. 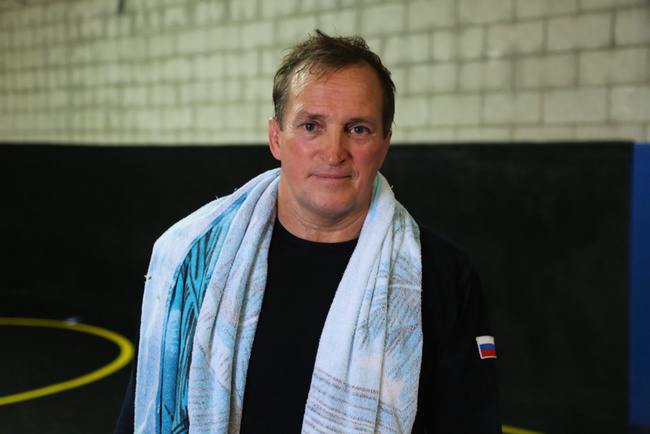 Real American Wrestling: The Rise and Fall of the RAW Team

Rumble on the Rails