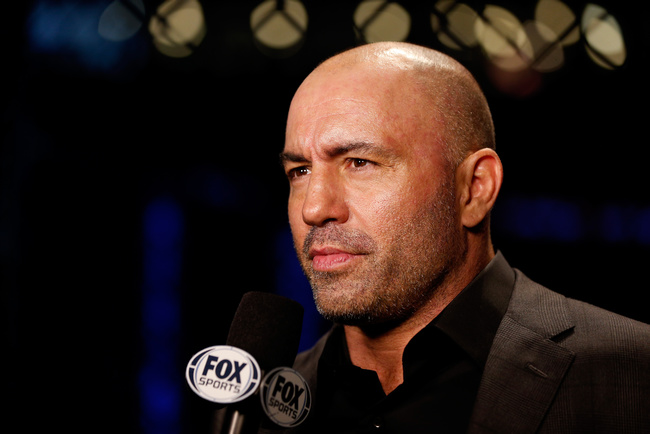 Ken Shamrock has been all over the news lately. Between going to the media with his wishes to fight Royce Gracie again to settle that old score from 1997’s UFC 5, that 36-minute-long bout that ended in a draw and making a comeback from retirement, there has been plenty of space for conversation.

On June 19th, Bellator saw the return of 51-year-old Ken Shamrock. It also saw the return of Kimbo Slice. By now, you’ve heard that pretty much everyone thinks the fight was fixed. Shamrock had Kimbo in a hold that made things look as though they were certainly going in Shamrock’s way, but Kimbo sort of just slipped out and beat Shamrock up like a puppy that peed the rug.

After the fight, most people at least entertained the idea that the fight was fixed. Our own Jack Slack analyzed it so everyone could revel in the mechanics of telling a very dedicated lie.

The comments sure rocked poor Ken Shamrock. He told Submission Radio, in a statement that made Ken sound like he was really shook, that Rogan’s comments could ruin someone life, making them akin to someone randomly telling your wife that you cheated on her without having any proof. He pointed Rogan’s responsibility in telling the truth, in not telling tales without substantial evidence to back them up. It was clear Joe was simply giving his personal opinion, but Ken took issue with his remarks saying,

"Why in the world would someone in Joe Rogan’s position spout off with something like that when there's no proof. It's the speculation of his thoughts that could literally ruin someone's career. That's like me going out there and telling his wife that he cheated on her. That I don't have any proof but someone just said something.

"You have the peoples' ear," said Shamrock. "You have a responsibility to make sure that whatever you say, you can back up. Not just say it because you think it. You ruin peoples' lives on something he has no proof. He's wrong, what he said. He could have ruined my career and my life. What he's saying? There's no proof to it."

He went on to swear on all that is dear to him that the fight was not fixed. He then called out all his naysayers who are easily swayed by the daily winds:

"A lot of these people saying the fight was fixed said I should have never been in the ring. 'I'm 51, too old. I can't compete at that age.' Now they're saying there's no way I could have lost. I'm really confused. One minute I can't fight, the next thing, I can't lose. Make up your mind."

Kimbo Slice versus Ken Shamrock: Anatomy of a Fixed Fight